Patch 5.0 brings to Wartune several improvements in gameplay and graphics. To begin with, this content update introduces a new Eudaemon (a new guardian character): the Wind Ranger; and improves the screen resolution and the resource loading process when entering a battle. It also introduces the long-waited Eudaemon Arena and major changes to the player matchmaking in Sylph Arena. 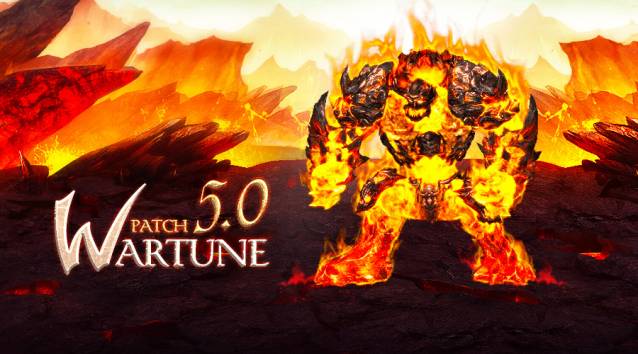 5.0 adds a new dungeon as well: Tara Temple, a mysterious realm caught between dimensions of time and space that has been drifting through multiverses.

The Eudaemon Arena takes place everyday from 14:00-16:00 server time. Players can bring up to 4 Eudaemons in the arena to face other players. And the rewards will be Eudaemon skill chests, War Patch crystals and Eudaemon equipment upgrading materials.

We love about Wartune