We were given the chance to check out Aura Kingdom, the new free to play fantasy MMORPG from Aeria Games / Gamigo that thrusts you into the beautiful world of Azuria, enriched with art, culture and magic. Starting out life with a particularly mundane existence living in your small village, when the world is threatened magic is awoken in special individuals, tasking them as Envoys of Gaia, protectors of the planet itself. You are one such person. 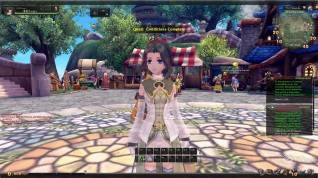 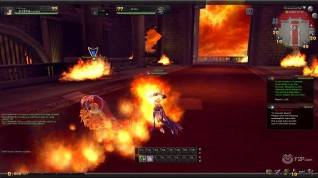 Our short foray into the world of Aura Kingdom, currently in its pre-release alpha stage, started with us checking out the character creation system. A nice choice of eight different classes were available focusing on melee, ranged and magic classes with an unrevealed ninths class, each class showed us what their main focuses and weaknesses were in regards to Single Target, Area of Effect, Defensive, Evasive, Heal and Support; giving people a quick snapshot of what they can expect from the class.

From your class choice you then got to “customise” your characters appearance. The options were relatively limited choosing from a number of different preset hairstyles, colours and faces (which pretty much just changed the shape of the eyes) aaaaand… yeh that was kind of it. The hairstyles look cool, particularly the female character ones, very detailed and in-line with the anime style; our main criticisms were that firstly your choice were pretty limited, secondly the male toon still looked like a girl; slim build, soft features, and even a lot of the hairstyles further accentuated this. Anime style or just alpha stage lack of final customization options? We’ll see. 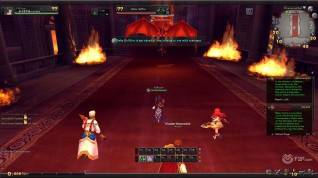 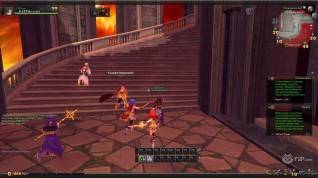 You also get to then pick your Eidolon, which is your main companion and there were four variations to choose from for our class, which will benefit you in a variety of ways in and out of combat and have their own strengths and weaknesses like a character does. Not sure at what stage these companions come into play, but presumably it is quest/level orientated, either way we didn’t see them in action as we only played through the early levels. Pets and companions do seem like they’re going to be a big feature in the game though so it’ll be good to get more information on them at a later date.

Our first steps in the game world took us into the quiet sleepy town of Port Skandia, a well detailed and attractive looking graphics, stick with the anime cartoony style with characters and environments. The area was really vivid and colourful and enjoyable to explore, particularly as we headed further out into the wild to explore the starter zone in more detail. What we liked the most was the graphical style and the general look of the game; however, the massive faux pas for us were the invisible walls. Whilst we accept areas need fencing off in some locations absolutely no effort had been made to do this subtly, it was literally suddenly running into an invisible wall often quite a distance from the area/object they didn’t want you reaching and some of which were in weird locations like the top of a cliff ledge stopping you jumping down to the area below even though this was accessible by following the path down… 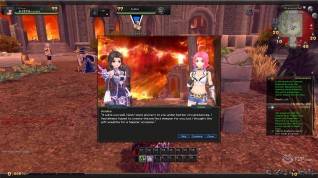 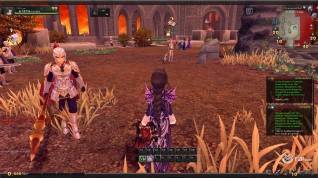 The quests we experienced were low-level fodder we have come to expect, we had the thrilling mission to deliver jam and listen in on an argument between “Kenny” and “Barbie” (yeh.. we’re not kidding about that). Predicting these types of quests might go on for a few levels we skipped them and went adventuring on our own and pretty much tried to take out a bunch of critters around the area whilst having a look around.

Combat was pretty easy; target and hit buttons. Interestingly when we casted a spell and we were out of range our toon would automatically run towards the target and then cast when they reached the necessary range (which is nice but could potentially cause you some problems if you weren’t careful). Also one of our first spells once activated would simply keep firing it off until we switched spells or killed the critter, which was pretty cool as we could focus on kiting whilst the toon did the attacking automatically.

We managed to check out the majority of Port Skandia and surrounding areas before some portals said we were too low level, so where they lead to is still a mystery! Overall it’s a nice game, well done, but from what we saw nothing majorly unique (but in the fantasy MMORPG market that’s hardly a surprise these days). Lots of menus for weapon and armor modifications and enhancements, but as they were completely unusable at that time we don’t know the depth of the crafting. It’s cute and colourful and if you like your MMORPGs a little light hearted then might be one for you to keep an eye on.