The update, "Ihlefeld", named after a german fighter ace credited with 132 enemy aircraft shot down in more than 1,000 combat missions, adds a new class of planes (reconnaissance) and updates to the plane physics model and controls. Planes now fly almost twice as fast as before.

“Reconnaissance planes as a class fits very well with the overall long term plans for aerial combat in Heroes & Generals, and they add to the complete war experience,” says Jacob Andersen, Game Director at Reto-Moto: “We have chosen these specific three planes not only because they are visually appealing, but they also all have a gunner seat adding a new experience to the game and enhancing teamplay. Plus they are planes rarely seen in other video games.”

These are the new planes that have been introduced, one per faction: the Soviet Polikarpov R-Z, the German Henschel Hs-126 B-1 and the U.S. Curtiss O-52 Owl. 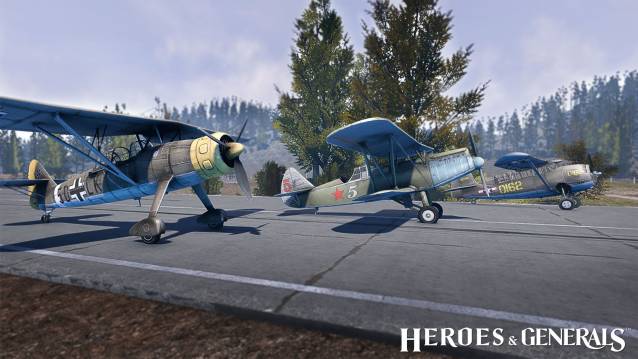