Huge map with dozens of players, objective based battles, vehicles for transport and combat

We took some time out to check the third person shooter meets strategy Heroes & Generals, a free to play WW2 themed title from developers Reto-Moto. We've previously checked out the game doing a brief First Impressions a while ago, but we got to jump in a little deeper with a more extensive playtest to try and get a better feel for what is on offer.

We got to play as the three available nations in the game; Germany, Russia and America, surprisingly you can play as any of them on the same account, switching between them from game to game and levelling each character up independently. Each nation has five different characters (six including Generals) that essentially act the same as a class; Infantry, Sniper, Pilot, Paratrooper and Armor Driver, with Infantry being the character everyone starts out with and players having to pay in game (or premium) currency to unlock the others. With this in mind we can see why the game gives you access to all of the nations, in reality most players are only going to level up a specific faction most likely, however, the easy access to any factions low-level unit does seem like it could make cross-faction spying a possibility for competitive gamers and planting an infantry in your clans/guilds opposition army and feeding back information. Hardly game breaking but no doubt a frustration for some people.

Acquiring new gear came with both using items and earning medals/proficiencies which also acted as prerequisite to buying higher level gear; so for us to be able to afford a knife we first had to buy a spade as our melee weapon and use it a few times in combat to start earning close combat medals. Guns, ammo, and vehicles all work in a similar fashion where you need to use lower level ones in order to acquire higher level (again this might be something you can bypass with premium currency). Acquiring new gear was a little on the slow side and was very linear for early game, the biggest issue being that using your items gave them item degradation and we constantly had to repair them, as well as purchase new consumables, so it was a constant balance of spending currency to keep our current weapons in action whilst at the same time saving up to buy new ones. 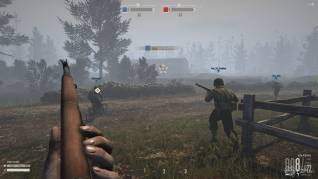 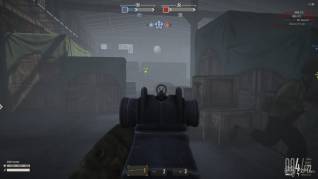 The same linear progression also comes into play with the game modes, starting out we only had access to Encounter mode, which was a single map that allowed around a 15v15 two way battle fighting to capture a single objective. The game automatically put us into squads, which was cool, so we could move with the same people and talk over squad chat (though we didn't), but we could at least try and stick with them and focus on a single target. With no overhead map, or anything more than a single red marker popping up saying "spotted" when an ally sees an enemies last location, you really have to keep your eyes peeled. No floating nameplates or healthbars, if an enemy is sitting in a bush and you run past them, hell, if they're standing out in the open and you're just not paying attention, then you simply won't see them and the first clue you'll have that they're there is a bullet in your dome.

The Encounter was a nice proving ground to get to grips with the game, but having to play that single map over and over until we leveled up and unlocked the next game mode (Skirmish) was a bit of a pain. Once we did unlock the Skirmish mode we actually didn't get to play it as the queue times exceeded five minutes, so we just carried on playing Encounter until we levelled up and unlocked Assault Mode. Assault mode was a big jump, it had all unit types and was a fight over a huge map with multiple capture objectives; the attacking team had to take them all and the defending team had to defend them for a set amount of time having at least one point under control at the end of the game. A pretty cool mechanic is the resource system, which essentially gives both teams a set number of resources for Infantry, Armor, Flight, etc. that each time you spawn one of these items (including a player dying and respawning) it uses up your resources. In the "War (Elite)" game mode, which requires account level 10, handling resources on a huge open campaign map becomes a much bigger part of the game. 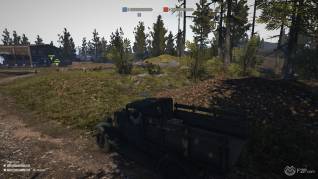 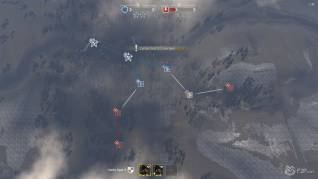 The Assault game mode was extremely fun, and we can imagine being grouped over voice chat with an organized group would make things even better, as it was we just ran around wildly, jumping in the back of trucks to get around or hopping on a bicycle to get from A to B quickly. As the defending team it was great trying to initially be proactive and push the enemy spawn points, finding ourselves on a little improv mission meeting up with a bunch of players on a ridge overlooking an outpost and then storming it together. Or during a respawn when we came out onto the street and an enemy truck barrelled it down the street and a bunch of enemy infantry jumped out and the street broke out into a firefight. Little events like this were frequent and always exciting to be part of.

Performance wise it was hit and miss, for the most part we were fine, but the occasional lag spike would have us rubber banding around short distances (often taking us out of cover) or made hitting an enemy that was seemingly having the same issues considerably more difficult. Players’ personal ping is possibly one of the bigger downfalls of the game, but it is more a minor frustration than anything else. Whilst we never got the chance to unlock the War mode or play as a General (pure strategy moving resources around the map and opening up new battle zones for "Heroes" to fight a match in), the concept holds a lot of appeal and we do feel the game is something we'll look at jumping back into at some point. 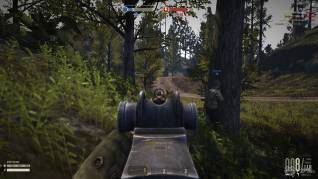 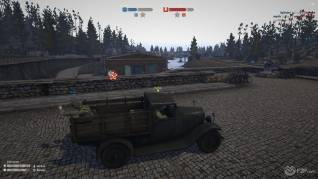 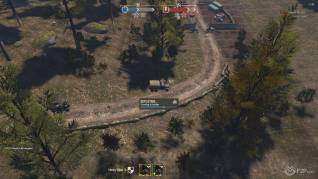 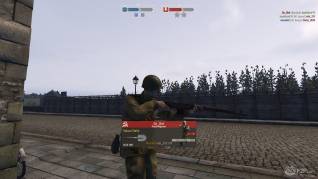