Rift Hellbug Invasion The Hellbugs’ dormancy has been broken, and it’s up to players to fight off their hellish invasion to save Telara! After an indeterminate amount of time, the Hellbugs have reared their ugly heads once again to invade… More »

Gamigo celebrates 20 years This month, gamigo is turning 20 years old and kicks off the party with exciting events in all their games, giveaways and much more. Bring out the balloons! Throughout October, players can look forward to a… More » 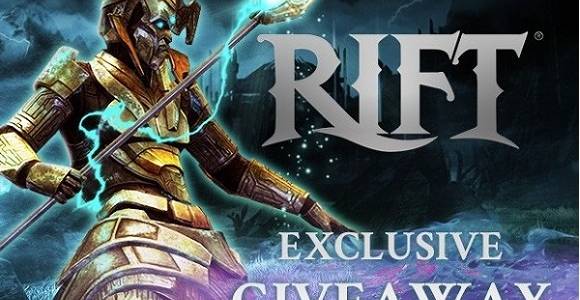 RIFT 8th Anniversary With Update 4.8 – RIFT is Celebrating its 8th Anniversary! The Update Gives Players a New Expert Dungeon, and a Colorful Carnival Gamigo group publisher from RIFT, is excited to announce the latest update to its popular… More »

Free-to-play game publisher Gamigo has released a press release detailing its acquisition of Trion Worlds, confirming rumors of the sale from earlier this week. Gamigo announced that it has acquired “major assets” from Trion Worlds for an undisclosed sum,… More »

RIFT’s Latest Expansion Free Until May 14

RIFT’s Latest Expansion Free Until May 14   RIFT‘s latest expansion, Starfall Prophecy, is now known as Prophecy of Ahnket. Trion decided to change its name out of respect for the Starfall Education Foundation. And as part of a limited-time… More »