First Impressions on Drakensang Online - Over the past weekend we checked out Drakensang Online, the free to play fantasy Action RPG from Bigpoint. Available to play through browsers or mini-client, the game allows players to choose from 4 different classes and advance through a PVE-centric quest driven storyline battling against all manner of evils. The game itself has been around since 2011 and gone through a variety of changes, upgrades and expansions; for an older title we’ll say it does actually look decent enough though perhaps like any title over half a decade old is starting to look a little tired around the edges in places.

Intrigued by the game’s Steam Mechanicus class, basically a turret wielding dwarf, we made our character and jumped into the game being introduced to the basic mechanics through a tutorial environment. The level designs are pretty good for the most part, they’re very dynamic with a lot of activity on them, some perfectly designed lighting and effects that create some immersive locations, albeit the instanced based areas are generally a combination of very linear portions and some more open exploration. 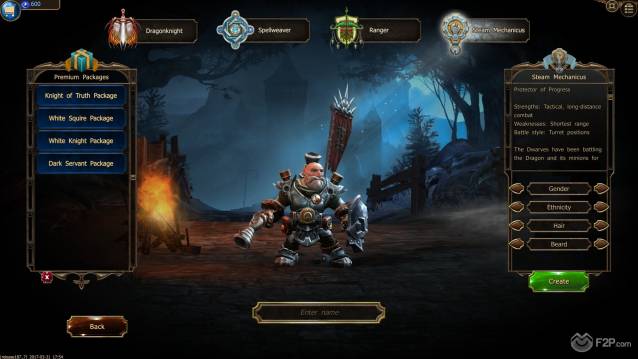 The questing isn’t quite so linear and there’s generally multiple quests to pick up at any one time that are scattered around the map, though with a pinpoint accuracy indicator on the map as well as an toggle-able footprint leading you directly to your quest then no amount of faux-sandbox is going to make up for this feature letting you make a beeline directly to the quest and ignoring any exploration elements (which in truth there are very few of and so going off the beaten path isn’t particularly rewarding).

There are two absolutely frustrating elements to questing that make the entire experience extremely annoying; firstly is having to go back and forth to NPCs, picking up a quest and heading to a new area then having to return back to that NPC to only be sent BACK to the same area with a different quest. Second to this is inventory space, whilst out killing mobs there is loot-a-plenty, constantly scattered across the ground, round about level 10 we found that in the middle of a new zone our inventory was full with consumables, improved gear that we weren’t high enough level for (so didn’t want to throw) and more annoyingly quest items; we got to the point where we were having to leave useful items on the ground because we were already carrying stuff we didn’t want to/couldn’t get rid of. 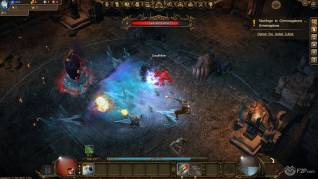 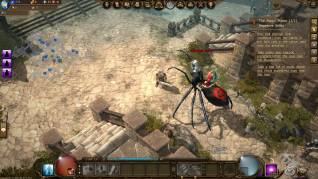 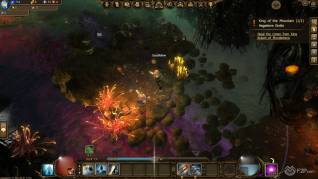 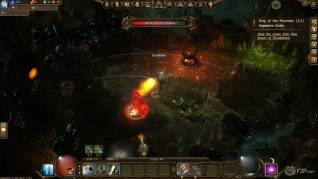 The combat is fun, but this early on extremely easy. As a Steam Mechanicus we had a few abilities that unlock as you level up, which included our basic gun attack, an oil slick to slow down enemies, a jump pack to get out of trouble in a moment’s notice, thrown bombs and our turrets. With each of our abilities we could upgrade them through the talent system, and we have to say that this is possibly one of the better systems we’ve seen; each level you gain a talent point and you can spend it to improve your different abilities, it costs a set number of talent points to upgrade so where the first upgrade might cost only 2 talent points, the next might cost 3 and the third costs 5 points. The beauty of the system is that you can constantly move your points around and they aren’t locked in once you use them, so as you level up and get more skill points you could potentially remove the 2 and 3 point cost talents from one skill and use them to pick up a 5 point cost talent in another.

For us we focused on the turrets, able to drop town two at a time and lower the cooldown (though they still used up so much of our “steam” [mana]), the turrets had a huge range and we were able to place two at a time and they would just rip everything apart, though whilst it was easy it was still surprisingly fun and felt like we were battling in horde mode fighting off the waves of enemies that would charge us; and we expect at later levels when the challenge kicks in then the PVE will really take off.

Progression seemed nice and steady, the storylines were decent, though some of the features were a couple of hours of gameplay away (PVP Arena and Dungeons) even after our playthrough. Our biggest complaint was the performance of the game as we were lagging really badly and constantly getting game crashes (particularly in the first main city you come to). Whilst some of the latency might have been at our end, it’s very uncommon for a game to crash because of it, and it made the experience a little frustrating and was responsible for a death to some mobs at one point as well.

Overall the game is fun but very basic, for a free to play action based RPG that focuses on a quest based PVE experience it pales in comparison to other titles like Path of Exile and Marvel Heroes, for class choice, customization and general questing. Drakensang Online provides a decent enough experience but for an older title to some of its competition the developers haven’t done the best job at keeping it current. 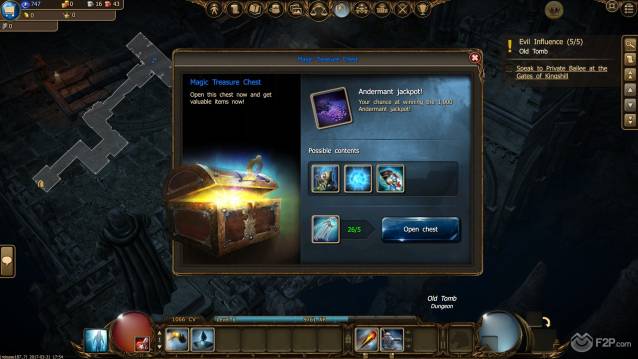 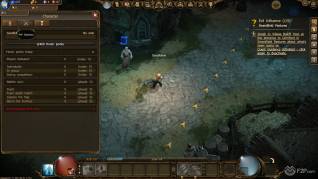 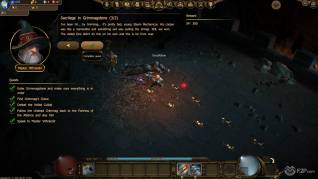