What Would You Change About… Drakensang Online?

For our next “What Would You Change About…?” we’re taking a look at free to play fantasy MMORPG Drakensang Online from publishers Bigpoint, this browser based title has been doing the rounds for a couple of years and its Diablo inspired gameplay definitely has a lot to offer. Whilst there are plenty of things we like about Drakensang there are also a couple that hold it back from being great that we wish the developers would address… 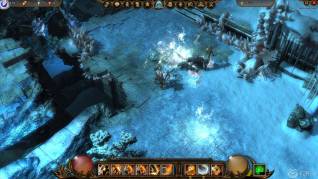 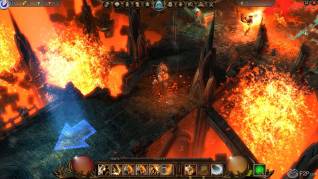 PVP At Low Levels
The low level bullying players face is off putting too new players. We’re always big advocates of PVP in MMORPGs, hailing from our Ultima Online days few MMORPGs since have been willing to be quite so hardcore about their open world PVP systems. The problem is that, for better or worse, the MMORPGs of today have evolved (or devolved) into a different creature and most players don’t like that “sink or swim” kind of mentality when it comes to playing; unfortunately that’s what they face when engaging in PVP in Drakensang. Open world PVP is a low players hunt, so many high level players camp areas such as Slifmoor and Swerdtfield picking off players far far lower than them for “sport”. This is, for most, griefing and is a poor way to treat new players. On the flip side many will argue that if players don’t want to experience the hardships of open world PVP then they should stay in the PVP Arena… unfortunately even with the tiered battles there are so many low level players glpyhed up to the max from their alt chars that Low Level Arena PVP is equally as imbalanced and depressing for new players. We’d say that some zones need to be locked off from PVP if you are way over the zones general questing cap, similarly with Low Level Arenas there should be a glyph cap where only those glyphs that have a level within that of your personal level (give or take 5 levels perhaps) won’t give any benefits in the Arena.

Crafted Item Statistics
Spending time and resources creating items with random stats is poor. So players are able to gather together magic gear and combine it to create more powerful tiered weapons and armor, different variations of gear can be used, but typically the more items of the same type the higher the chance of similar improved item. However, the issue is that the new stats are pretty much random and after all the time, effort, grind and resources put into it players can still end up with an item that is not what they want. What we would like to see is that items with the same stat increase type will, when combined, pass on their improved similar stat to the new weapon. As this would give a bonus to Premium paying players who can ID items for free to see the stats, unlike free players who must spend expensive Crystals of Truth to check out a new weapons stats. We’d put in place that only items IDd with a CoT can pass on their stats, however, for those Premium players that ID for free they can use a cleansing scroll, which will then let them use that items stats when crafting; this would essentially still make it costly for Premium players, but they retain the bonus that they don’t simply have to CoT/Cleanse a new weapon unless they know they want its stats.

The Happy Hour
Badly timed event. Every so often Bigpoint randomly throw upa Happy Hour “event” that allows players to purchase lots of Andermant currency for real cash and earn 25% more coins for free, a really great deal for players that don’t mind parting with their real cash. The event is never announced and only lasts for one hour, so you pretty much need to be online and playing to take advantage of it, which is kind of the point as it encourages players to be online for longer. The issues is that the event always happens around the same time and is bias towards EU players and so any players in more distant timezones will typically find the event triggering at really inconvenient times when they’re not playing or asleep. Being penalized in this way sucks for those players so we’d prefer to see the Happy Hour become available twice, once in a convenient EU time and one in a convenient US-West time, not on the same day so players can’t necessarily predict when it will happen, but just giving them a chance to take advantage of the bonus when it happens.

Guild Management
The game lacks some of the most basic Guild Management tools. Whilst the game definitely supports guilds and has guildchat and storage, it lacks one fundamental feature that we think is necessary to managing a large guild these days and that is to see when players were last online. Not being totally sure if a player has been around for a few weeks, or having to use less thorough means such as regular check-ins, checking PVP or level scores to see if they have changed, or simply asking everyone else in the guild if Player X has been around isn’t an ideal fix. The player lists actually have a space next to the player names where this info could fit in nicely. Secondly we would prefer to see the option for players purchasing more Guild Space, which can get filled up quickly as guilds grow in size, but currently this isn’t an option and so Guildmasters are forced to use alts and personal bank space to cover it; letting players buy more space for their guild would go a long way to making the running of one a lot easier. 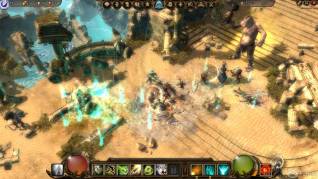 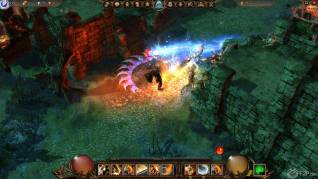 So that’s what we’d change with Drakensang Online, but more importantly what do you believe should be changed? What do you think could/should be added to improve the game? What would you add to your own personal wish list? Let us know what you think in the comments below!