Slow game pace, not many build options, too much of a benefit from premium currency

Last week we played Supremacy 1914 (from Bytro Labs), a free to play browser strategy game where players control their own nation in a tactical bid for world conquest versus other real world players. The title has been around for a while now and has spawned two other similar strategy titles due is popularity ―Call of War 1942 and Conflict of Nations (in cooperation with Dorado Games)―, which have many similar features, but for the most part Supremacy is where it all began.

Unlike many strategy MMOs the game operates in real time with all competing players in a world able to perform their various actions at any point, whether constructing buildings, training up new units and even maneuvering them across the huge global battlemap that shows the political makeup of the world at the beginning of the WW1 conflict with players taking control of one of the 30 playable real world nations. 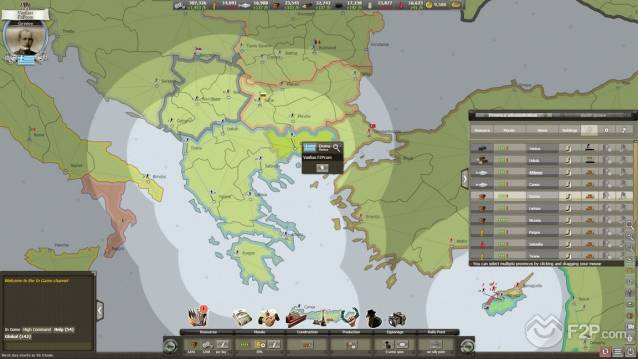 The game itself, in many ways, plays more like a board game than a video game and this is primarily down to the pace of play; players aren’t going to be in the middle of heated action packed combat, instead their domination of the world takes place over days and days of play broken up into rounds lasting between 4 to 8 weeks. With this in mind it means constructing buildings and training units takes hours, moving troops from one territory to another, especially to one further away, can take hours, days and even weeks.

What this creates is a very long term, complicated tactical MMO that you simply have to be in it for the long haul to get any enjoyment from it. Even ourselves, trying to review the game, couldn’t get that instant hit of excitement because that’s just not how the game is designed to be. Second to this is that Supremacy 1914 simply isn’t a game you can sit and play for hours at a time, there will come a point very early on in a player’s play-session where they have queued to construct something in every available city (or have the available resources to construct), moved troops around, declared wars and traded resources and simply have to wait for all these actions to come into effect. With that, it’s actually quite difficult to review these games as the beauty in them isn’t from the short term experience, it’s the long term involvement, it is advancing your troops across multiple battlefronts, watching your enemies’ troops dwindle through a drawn out battle of attrition, working with other players and forming alliances… it’s all the things that are really hard for us to experience without literally playing the game actively every day. 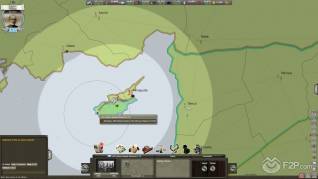 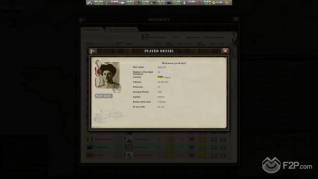 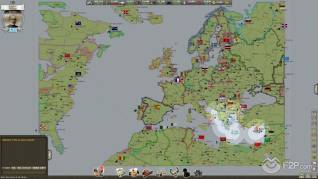 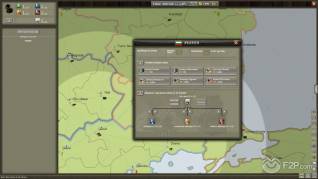 So what can we glean from the game? Well, from a new player experience, it is a little bit dull when you start out, because there’s so little to do, because it takes hours to move units around to attack neighbours (and you’ll rarely be around to see the attack as it all carries on offline). Cycling through your cities and constructing that handful of available buildings, moving a few units, there’s little beyond an hour of actual play (which includes trying to work out what all the features are) available to players before you have to log off. It doesn’t create a compelling game that engrosses you and makes you want to keep playing, or to log back on; in many ways it feels like you have to already fully understand what the game is about before you start playing it and actually want to play.

Supremacy does have an interesting balance where, on the surface, there doesn’t seem like there’s all that much to do, there’s only a handful of buildings to construct and upgrade (with a couple more that unlock as real world days pass). The various menus focus on providing information such as espionage missions, trading options, diplomatic relationships with other players; but when it’s all combined it offers a platform for an intricate and very unique strategy that completely relies on player’s real world interactions with each other.

Our main reservation with the game is the premium currency options, spending “Goldmarks” allows players to perform a variety of actions such as rushing builds, espionage, acquiring more resources and everything else that would normally take players a lot of time to acquire. Whilst it can be called “convenience” the fact is that it doesn’t really fall that way given that the game is a purely competitive PVP game, convenience gives a direct advantage and because of that it does mean that players are forced to acquire ad purchase Goldmarks to play competitively (and you simply can’t earn enough to out-buy players with large wallets). Whilst spending Goldmarks doesn’t guarantee a victory, and any purchases only last the length of a game, it does give players a strong edge and organized groups working together who also spend premium currency are near impossible to compete against.

Overall the game is interesting, logging on each day and seeing how your plans have unfolded is exciting, reading the global newspaper that reports on all the events of the day gives a hands on overview of how you and everyone else is progressing and highlights your biggest rivals and also those players that might be ripe for picking off and removing from the game. It’s not a game that is for everyone, it has a casual element insofar as the number of hours you need to play per day, but does require constant involvement and active management of your nation to actually advance. 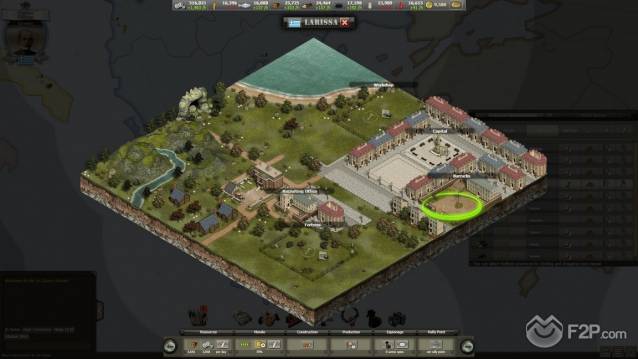 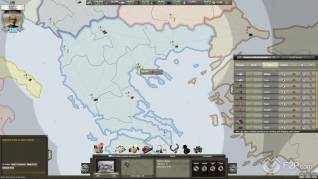 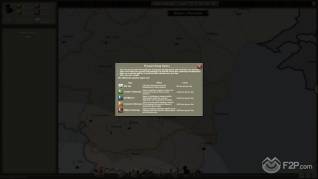