Ironsight earns rave reviews on Steam The verdict is in and the players have spoken! Gamigo’s competitive Sci-Fi Shooter Irnosight recently extended its Open Beta to Steam together with the content update “Recovery”, which offers two maps, a Capture the… More »

Desert Operations deploys its grand visual overhaul Gamigo’s military strategy game looks better than ever thanks to a holistic reskin. Maps, troops, the UI and many other game elements have been graphically updated.   Hamburg, December 4, 2019 – The… More » 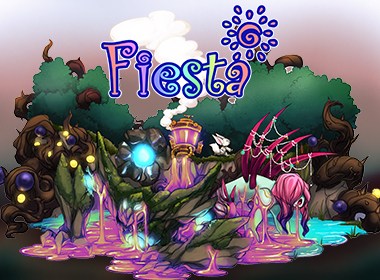 Fiesta Online: The Ominous Valley The Anime MMORPG introduces new monsters and quests as well as a new map in its latest update for Fiesta Online. November 27, 2019 – gamigo is excited to announce its new update for the… More »

Grand Fantasia: Lovely Dungeons for Thanksgiving The cute MMO RPG celebrates Thanksgiving and the Wedding System has been revamped. That and much more awaits the players of Grand Fantasia. Gamigo is excited to announce the new update for their colorful… More »

Fiesta Online gets abattle royale update The new update adds a plethora of exciting content to the colorful Anime-MMORPG, including a new Kingdom Quest, where players can fight in the new Battle Royale mode – Onslaught for Fiesta Online. Gamigo… More »

Twin Saga Anniversary and events This month, Twin Saga are hosting a plethora of celebratory events. Gamigo is excited to announce the Anniversary for Twin Saga players can look forward to a month filled with special in-game adventures and social… More »

Aura Kingdom Key of Gaia Giveaway Gamigo Group / Aeria Games publisher of Aura Kingdom collaboration with F2P.com, to bring you this special Giveaway for all the users will win these nice pack for the new patch giveaway. This giveaway… More »

ArcheAge Review – ArcheAge Closed Beta Review   This past weekend we took some time out to check ArcheAge, the… More »