What Would You Change About… Swordsman?

What Would You Change About... Swordsman?

For our latest “What Would You Change About…?” article we take a look at the wuxia themed MMORPG from Perfect World: Swordsman. Based on the novel The Smiling, Proud Wanderer by Louis Cha, players take on the role of a similar wandering martial arts vagabond, a wushu, and will find themselves in a story driven plot. The game has a variety of martial arts schools for players to join to determine their class and enables various PVE and PVP focused features; and whilst the game has elements we enjoy there are more than a couple of things we really dislike. 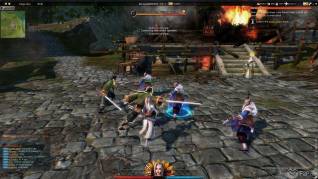 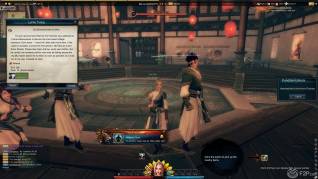 Old and Failing – The game is a couple of years old but in truth even when it was fresh on the scene it never looked or felt like a new MMORPG, it was always a little dated, the UI with its lack of customization and generic look was more akin to what we’d expect a few years prior and in general the game always felt like it was just a bog standard MMORPG with a Wuxia theme. Now the lack of meaningful content being added to the game other than cash shop purchases, cosmetic items and charge bonuses suggest a definitive “we’re not that interested in adding new features to the game”. Whilst this might financially make sense, it’s not the best for this seemingly fading title.

Small Population & Scheduled Events – The core flaws of the game have shrunk the population, there never feels like there’s that many people around (which might be why the developers don’t commit more time/resources/money to adding new content). In a bid to combat smaller populations (the game has never been huge in the west) the main server events are at set scheduled times in the day, or other key events are triggered by key guilds (or tactically chosen not to in some cases). The result means that players can find themselves in a position where they can’t actually play any of the in game events because they’re not constantly readily available and it reality puts players off and so the effort to combat small population problems actually propagates those same issues.

The Grind – With no easily accessible events this leaves players with the core questing content, which for the first 40 levels or so is relatively fun, you have a steady level increase and overall the content feels a little fresh. From this point though the levelling process stagnates, the grind for quests and loot drops grows tiresome and constant, and the grind of the game really kicks in. A good indicator of whether or not a game has “grind” built into it is whether or not there’s any automated combat type features, which of course Swordsman has, so that you don’t have to physically play the game and grind yourself (which we think is kinda pointless). Instead of adding fun and meaningful content and quests the game focuses on being a time sink, hoping players will be invested enough by the time they reach level 40 to not want to just quit once the grind sets in.

Easy Combat and Clunky Controls – Swordsman has three primary ways to control your character with the controls with a mixed bag of WASD and mouse click controls, it’s not a bad idea but the problem is that it means the combat and everything that goes with it needs to work with each type of control method and unfortunately it doesn’t do this very well leading to some very clunky and awkward controls. With the basic controls it means that combat couldn’t be too intense or action focused as players would just be decimated in PVE, resulting in some very pointless and unchallenging PVE encounters where the AI (though lacking in any intelligence) is more a punch bag with lots of hitpoints. A little more effort in the AI and the combat system in general would bring this wuxia MMORPG to life, the reality is that it won’t ever change and the spirit of fast combat is completely lost. 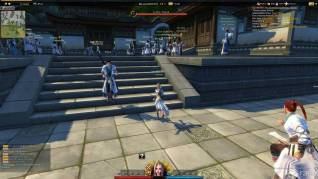 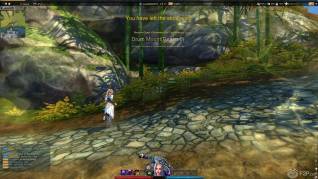 So that’s what we’d change with Swordsman, but more importantly what do you believe should be changed? What do you think could/should be added to improve the game? What would you add to your own personal wish list? Let us know what you think in the comments below!

We love about Swordsman