What Do We Love About… Drakensang Online?

What Do We Love About... Drakensang Online?

We're taking a look at Drakensang Online in our next "What Do We Love About...?" article. Drakensang is a free to play RPG from Bigpoint where players delve into a grim fantasy realm of monsters and evil, battling through quests and terrifying monsters as a lone champion or with a band of adventurers. The game has been around for quite a few years now, and has gone through some significant changes to keep it updated, and whilst there are elements of the game we're not big fans of there's more than enough stuff that we do love about the title to keep us coming back for more: 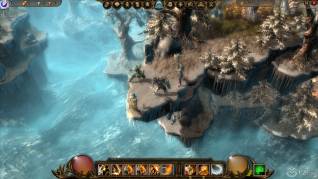 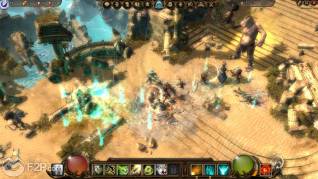 Action RPG Gameplay
From the visuals, the storyline to the action combat the game feels like a well developed RPG. When you add "free to play" to the "online RPG" then suddenly players are almost expecting a quality drop from a title, but Drakensang Online seem to have managed to avoid this. The game plays like a traditional single player RPG with some in-depth quests, cool unique monsters and fun combat, only with the advantage of being able to play with friends and tackle some difficult dungeons and tough multiplayer content.

Regular Events
Players can experience unique events around every three to four weeks. One of the cool things with Drakensang Online is the different events that they put into the game that are independent from the normal quests but require players to often work together to complete some more difficult one off challenges. Whether defending an area from wave after wave of enemies, hunting down a particular boss or type of enemy within certain areas, acquire specific loot drops to access new mini-location, and even PVP events with real world prizes. The variation and speed at which the events come out is pretty impressive and each month the new event is generally enough to get the community excited to try it out and get some cool rewards.

Skill System 2.0
Whilst the game only has 4 classes the skill system does a good job at making them fairly varied and more customizable. As characters level up they acquire talent points that they can put into their different skills, with each skill having three talent choices that drastically change its ability and utility, offering the type of player customization that we love to see. As well as standard skill talents there are now also Knowledge Talents to give more perks and boosts to a character increasing things such as Vitality, Mobility, Attack and others, as well as Fame Talents earn through PVP which are directly responsible for making a PVP build with PVP only talents; a very cool way to separate PVE power creep and PVP balancing.

PVP Arena
For a game that is essentially a single player RPG type title but with some multiplayer and cooperative functionality, we were extremely happy to see PVP being prioritized. The game currently offers four different PVP modes: Duel (1v1 battles where players must win two rounds of combat), Death Match (3v3 battles where one team must kill all the enemy team to win the round, with first to win three rounds being the victor), Capture the Flag (5v5 classic capture flag and carry it to the allied base ) and Storm the Fortress (6v6 phased battle where players must attack or defend various towers and destructible map components to stop the attacking team advancing through the map within the time limit). With the PVP not simply focusing on pure deathmatch mechanics and instead opting for some variation with objective based battles, it keeps the combat fun and different.

Grind vs Premium
The game isn't too bad when it comes to leveling up without paying cash. Whilst there's a knee jerk "It's pay to win" with the majority of free to play titles, with many players feeling that they should be able to play a game for free and the company not be allowed to try and make money, BigPoint at least have a reasonably balanced game. To level up there is a definite time commitment needed, but with the elements that can be rushed using the Andermant premium currency, or extra perks that can be purchased, it is accessible through chest drops, quest rewards and fighting creatures at your own level (to stop lower level mob farming); furthermore Andermant is accessible by all characters on a player's account.

These are some of the things that we love about Drakensang Online, but what do you think? What do you love about this game? Would you add anything else to the list? We await your opinions! Let us know!!!!! 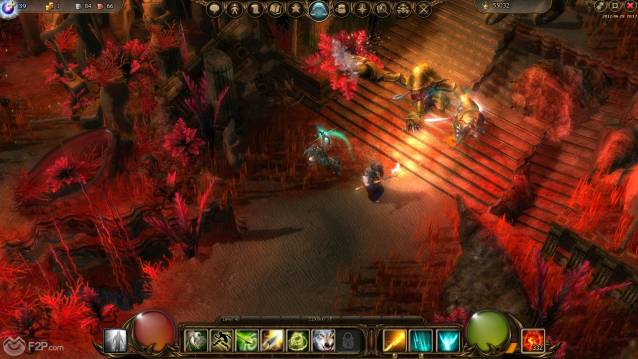