Get energy drinks by completing quests. Use them to pass the ball, score goals and get great rewards! 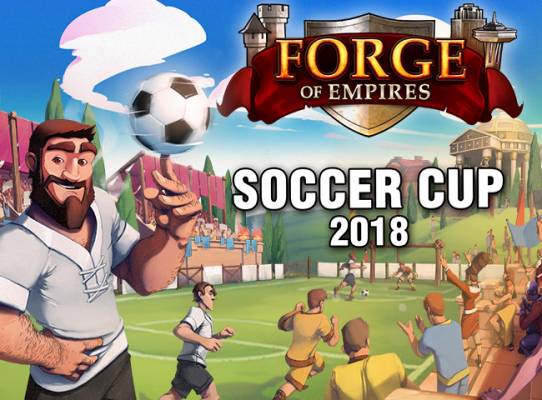 The time has come! You will yet again host one of the most important tournaments in Forge of Empires. The great sporting event will begin on Thursday (14th of June)! Skilled soccer players will arrive to your city to compete in the Soccer Cup! Cheer for your city's team and help the coach lead them to victory by choosing the most efficient way of passing the ball on the pitch! 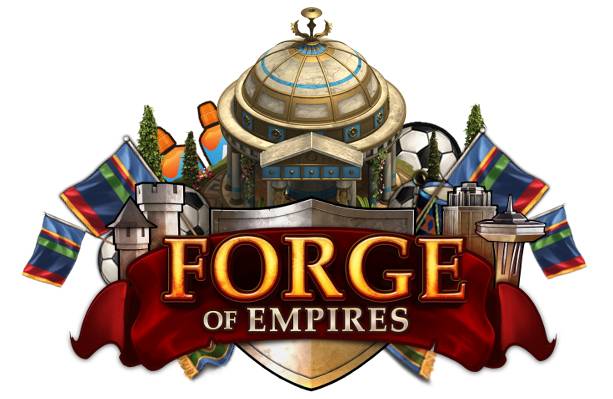 As you may have heard in the video, the event comes with some fantastic, new rewards! We will have some old rewards from previous events coming back, but those you know already, so let's talk a bit more about the new ones.

First, the most important one:

Tholos of Idols
4x4
Tholos of Idols is a special upgradable building. Once you have gotten it on the level 1 (expect it in one of the first quests), you will then have a chance to upgrade it up to nine times! In order to do so, advance through the questline and get upgrade items. You can also get them as Goal Rewards. Then, use them on your current Tholos of Idols to upgrade it.
​
The Little Wishing Well is a separate story - using the Wishing Well Shrink Kit, you can make a Wishing Well in your city smaller, while still retaining its values!

The Little Wishing Well has exactly the same values as a regular Wishing Well, but is smaller (2x3)! The only way to get it is by shrinking one (or more) of your existing Wishing Wells with a Wishing Well Shrink Kit.

The Wishing Well Shrink Kit can be obtained as a Goal Reward and in other parts of the event.

And eventually, let's have a look at the two other special buildings that you can also get during the event: 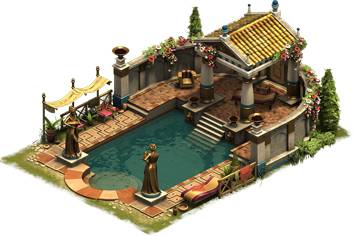 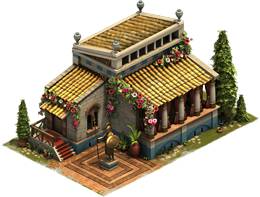 The Soccer Cup in Forge of Empires will end on July 16th.