First Impressions on Forge of Empires

Casual game that grows in complexity the more you play it, advances through multiple ages

First Impressions on Forge of Empires

Recently we checked out with fresh eyes InnoGames’ Forge of Empires, a free to play city building browser MMO where we had to earn resources, currency, complete quests and establish our own tribal settlement that would ultimately progress through the ages, from Bronze Age to the future era. It’s an older game that’s been around for a couple of years now, with its initial 2014 release, and whilst graphically it shows, from a mechanics point of view it’s still quite current following the trend of a lot of other city builders. Having already experienced some of InnoGames other titles (Tribal Wars, Elvenar, Grepolis) it’s fair to say that there’s a lot of recycled elements of gameplay seen between the different MMOs, whether taken from their earlier games and put into Forge of Empires, or taken and put into their later titles with the likes of Elvenar.

In many ways we came to the game new, but we also had a firm idea of what to expect; staggered short gameplay sessions with long queue times. It’s the kind of game that you jump in and out of, grabbing gold and tools from your production buildings, queuing a few builds, completing a few actions until there’s nothing left for you to do, then logging out again until the timers reset on everything and you can do it all again. With that in mind we untypically spread our own play session out over a few days, knowing the game is impossible to simply sit and play for an extended two hour session as we normally would. 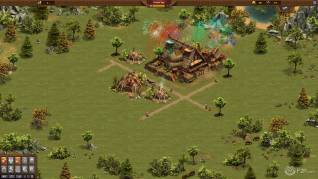 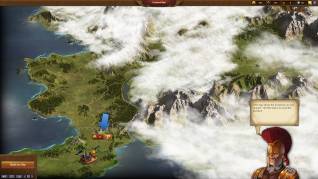 Knowing we’d have to do this didn’t really make things any easier, we still found the gameplay design quite frustrating and even from the first ten minutes already felt locked in a grind. The basic premise is just to build up your city as best you can and conquer a PVE campaign map; advancing across it with your military and taking over various new regions to gain rewards. In the process we’d earn Forge Points over time to unlock new technologies granting new buildings, features and military units. The way the game is laid out is a milestone based linear progression that constantly put’s roadblocks in your way limiting what you can do, and it feels like you face these in one form or another constantly.

For example, building resources come mainly in the form of Tools and Gold, we pretty much had more tools than we knew what to do with but gold was slow to come by, through completing quests (which after a while really slowed down) and as a production resource from housing buildings. Building houses in itself took Gold and you only earned the gold by clicking on the house when it had completed its production: 11 gold coins every 15 minutes from our stilt houses. We had a few of them on the go (which took a while to save for and then build) but ultimately this meant we would have to click them every 15 minutes to maximize our gold income, which is crazy because there just wasn’t enough to do to keep playing for 15 minutes as other elements had way longer timers (such as how long it takes to produce Slinger units, or earn Forge Points) so you would literally have to just check in every 15 minutes just to get the gold.

As you unlocked new technologies you got more gold that was produced after a longer cooldown (our Chalet produced 80 gold after 4 hours), which would mean not having to check in as frequently. It’s a really backward system that honestly felt like the developers had made early gameplay really annoying and demanding, then the more you played the game they rewarded you with.. having to play it less. 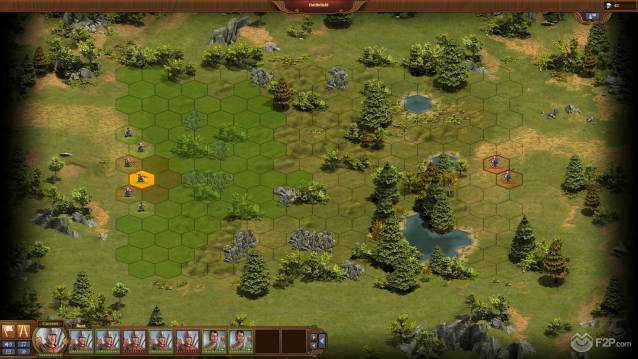 More roadblocks came in the form of Forge Points, which would replenish once per hour to a stored maximum of 10, or you could spend gold to buy one (which increase in cost, so it became way too expensive for us). Most early techs cost around 5 points so realistically we could unlock 2 techs in a day, which would be divided up into new buildings and, more importantly, new troops.

Our units were primarily used on the PVE campaign map, each region would be defended by a specific garrison of enemy troops comprised of particular unit types; the problem is that very early on we were going up against Warrior units that were ridiculously hard to defeat and they could kill our early Slingers and Spearmen with ease. To actually unlock Warriors ourselves we had to unlock 11 earlier techs from the “branched tech tree”, which was pretty deceptive and in all honesty lacked any customization or optional progression as nearly every tech had two pre-requisite techs, that themselves had two pre-requisites, so ultimately you had to unlock them in a fairly set order to advance. Added to the problem with how weak our units were was also exacerbated by the fact we could only have a maximum of 8 units; so the game essentially gets to a point where you simply aren’t strong enough to advance through the PVE campaign until you’ve unlocked a specific tech (then requiring the building and resources and time to churn out the new army).

The actual combat system itself is a strategy based gridded map where we moved our units around the board in a turn based chess type battle. It was pretty interesting, had the potential to make for some fun tactical battles, but the AI seems pretty basic and just charges in and focuses down specific units rather predictably. Against another player it would be a fun system, but even “PVP” results in you attacking another player’s city and fighting against an AI controlled version of whichever units they’ve placed as their defenders, so you still don’t get a true PVP experience, which is an absolute shame.

Ultimately with Forge of Empires it has to be a game that you’re in it for the long haul, it’s not a game you can get the most out of after only a few sessions, and as with many city building games (or even farming simulators) it’s something you just pop in and play every so often, tend to your buildings, slowly progress, help out some neighbours with their cities, and then go and play something else. In reality it’s not much different to Elvenar, which has better graphics, but seemingly lacks the PVP element, so if you want something with a fresher face then their other title might be better suited, but both equally have the same slow/stilted progression type gameplay that you need to enjoy. 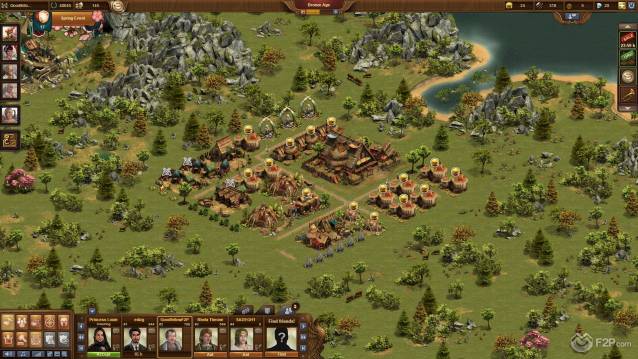 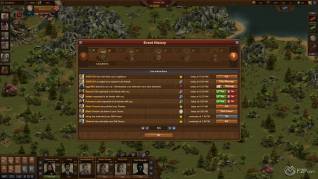 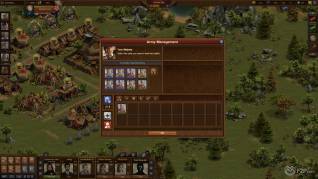 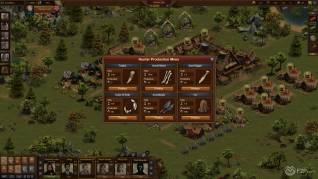 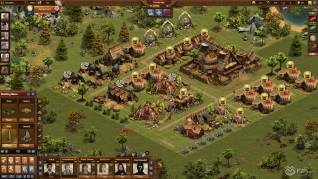