Easy to play, difficult to master with a nice balance of ship customization.

Limited maps depending on rank.

We recently checked out Star Conflict from Gaijin Entertainment, developers of the more widely known War Thunder, only instead of fighting in World War II and a variety of planes we are instead cruising across the stars in a wide variety of customizable starships battling for one of three major ruling factions. The game is, as ever, completely free to play with some membership options as well as purchasing the in-game premium currency to gain access to a score of new ships, features, mods and other boosts and perks.

The game is a client-based shooter MMO, unsurprisingly given the quite rich and detailed graphics that the game boasts, but the system requirements aren’t so steep as to put off more mid-level specs users. Stepping first into the game, we would run through three different tutorial missions that gave us the basics of movement for our ship as well as how to attack and destroy enemy ships, the basics of capturing sector points and ultimately throwing us into a mock battle against some AI bots.

Our first impression was that the controls were actually surprisingly fluid and easy to pick up, using the mouse to aim the ship (which using the cursor will also determine where you fire your weapons) or choosing W and S to thrust and brake, A and D to strafe and Q and E to roll; with mastery and a more nimble ship with all imagine how acrobatic dogfights can be with high-level players. Unfortunately for us outside of the tutorial our starter ship was a little bit slow on the uptake and the thrusters didn’t last that long before leaving us high and dry. 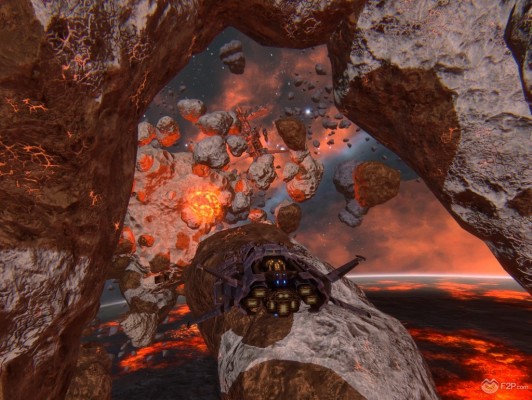 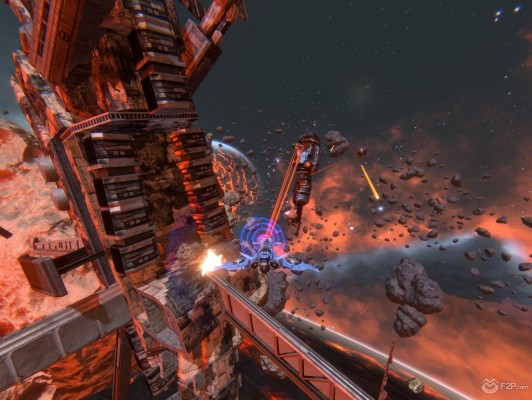 Destroying enemies and capturing points seem to be the two primary focuses of which ever game mode you play. To capture a point, players must stay within the nearby vicinity whilst the control ticks down and then switches over to the player’s team; and at any point the player takes damage the timer stops ticking.

The games are broken down into timed rounds and focus on team based combat, thankfully even if you play at an all-time (as we found out) the game will automatically fill up the teams with bots to supplement any missing teammates and particularly at early levels they do a decent job in battle, at least in comparison to newbs like us. A few of the game mode is our level locked until players have ownership of a ship writes at least level 4, 7  and 10 respectively leaving two initial games that we were able to play: Team Battle and Domination.

Team Battle was the typical Team Deathmatch, though with some odd wording about being the first to reduce the enemy teams resources we were initially looking around for some points that we were supposed to take out, but really this was meant destroy the other teams ships. Stepping from the tutorial it was easy to see that our ship had been downgraded, though we haven’t pimped out our ship with the credits we’d earned for completing the tutorial, something we rectified before heading into the second game by upgrading our weapons and ranking up our ship. There is a whole host of different modules, paint decals as well as new ships that players can unlock and customise with the different available currencies. 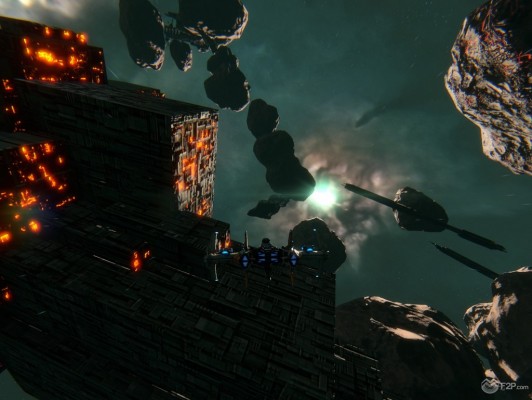 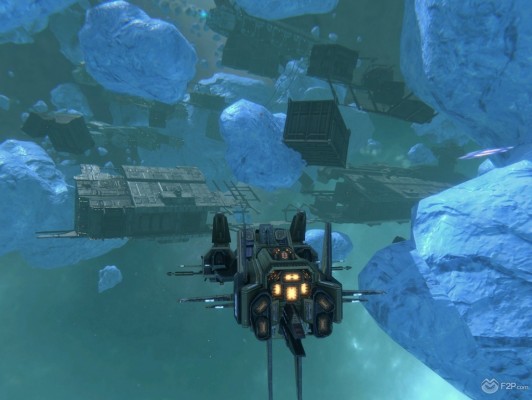 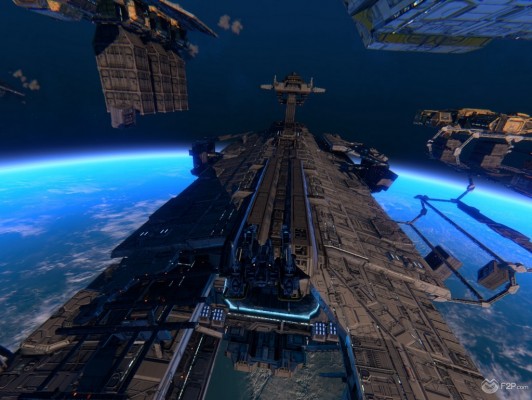 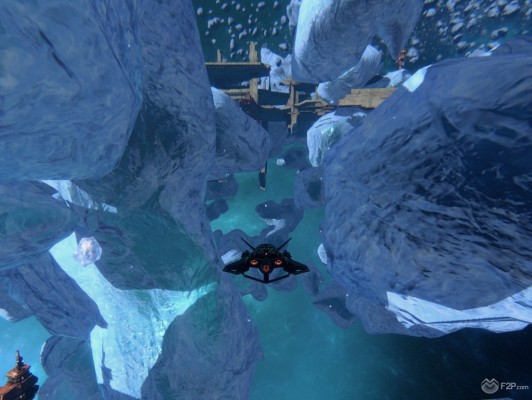 For Domination, it was point capture on the same maps that we’d played in the tutorial, not this particular gables any advantage, and there were three players per team mixed with four AI bots. Our team got off to a ridiculous a great start managing to take all three capture points on the map straight away and then defend them well enough to force the enemy team to divide their forces in order to try and regain control. Alas, it was not meant to be and we warn one of the quickest games ever and even managed to pick up two personal trophies from the battle: one for being the first player to capture a beacon and another for killing a player in a ship ranked three levels higher!

First impressions the game held up well and was definitely fun and easy to jump into though for solo play but it’s hard to say how long it would keep us engaged, though thankfully there are PVE missions available as well as a clan/Corporation battle system that we imagine would be pretty fun to be involved in with fellow clan mates.

If you want to know more about Star Conflict, click on the "info" button below.