First Impressions on The West

Gameplay is quite dated, endless menu clicks and waiting on timers, quite repetitive at times

First Impressions on The West

This week we checked out InnoGames’ cowboy-themed strategy game The West, a free to play browser-based MMO where players battle it out for fame. As cowboys, The West allows players to take on quests whilst improving their character. We put a few hours into it to check out the early and slightly later gameplay experience. Unlike many of InnoGames’ other titles, the game focuses less on each player building up their own settlement and instead leans towards building up individual characters and working together cooperatively.

Graphically the game, unsurprisingly, wasn’t much to look at but given that it’s one of the developers older titles (over six years old) it is to be somewhat expected. Whilst a graphical overhaul wouldn’t hurt The West we don’t think it would necessarily do it many favours either, at least not worth the amount of time that would have to go into that. The graphics and gameplay are of a time where player demands for emerging browser titles were low and so The West definitely has some of the more linear and tedious mechanics that more modern titles try to stay away from. 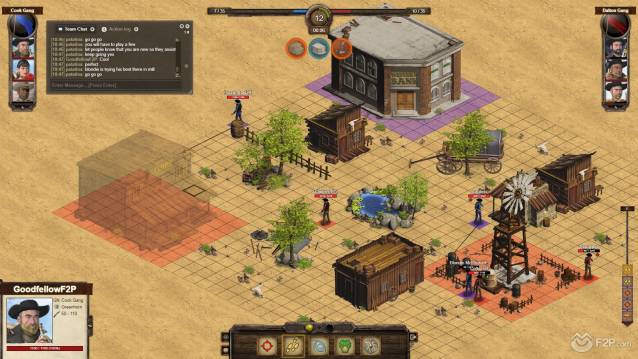 Our adventure through the Old West was as some roaming gringo that was in the right place at the right time, helping out a saloon tavern keep with some mouthy cowboy trying to force them to pay protection money. Outside of the occasional tussle with black hats and other enemies, the majority of our jobs were picking pretty much farm work, picking cotton, mucking out pigs. Whilst John Wayne himself was never shy from doing a bit of farming or being a ranch hand in many of his films, it’s not quite the menacing desperado gameplay we’d hoped for!

The gameplay itself is equally about as interesting as shovelling out a pig’s sty offering little more than a series of menu clicks to move your character around the map and clicking on a location to do the work tasks there. By levelling up and acquiring skill and attribute points we were periodically able to upgrade our various skills, from combat to crafting, that allowed us to hit pre-requisites for certain jobs. Quests followed the rote of giving us a task to do, we’d have to move our character to one of the locations where we could complete it, and then we’d click “start” on the task which took around fifteen seconds to complete. A quick hit of the Complete Quest button and we’d be lavished with XP, dollars and various items as rewards and then get another new quest.

Combat, up to reaching level 10, was all about fighting the AI enemies in automated duels. Whether a bandit, cowboy or another player the process is the same and the two combatants shoot at each other six times; the speed, your accuracy and the power all depend on where we spent our skill points. As skill points only come occasionally (and even less as you start to level up more slowly) we were able to equip ourselves with a variety of items, from clothing to weapons, to further augment our stats. 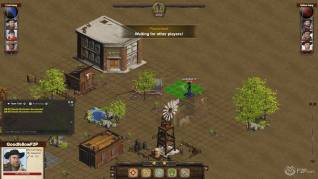 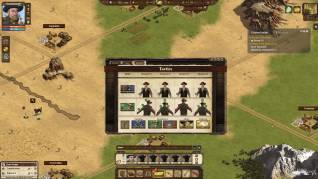 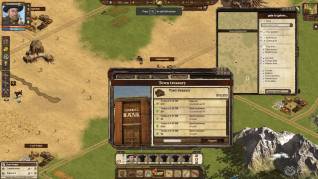 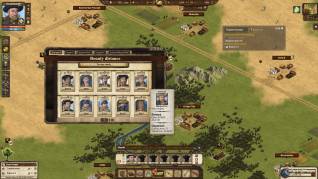 There’s a little customization here and some room for strategy, whether to focus on being a crack shot, or quick enough to dodge an opponent’s shot. The first player to reduce their opponent’s healthpool to zero got a Knock Out, alternatively if no one was KOd after six shots each then it was whoever took the most damage would be the loser. There’s a little extra strategy (though really it seems more like chance) based on being able to choose where you aim for against your opponent and what direction you personally want to dodge in (which would make attacks on certain locations miss).

At level 10, which takes a couple of hours, a few additional features opened up to us most specifically with the accessibility of Towns. Towns work similar to player guilds in that players can choose to form or join a town. As a member of a town this allowed us to challenge other players that are part of different towns, but the process is extremely tedious and not only uses a stamina system but also takes ten minutes to conduct (not including the time it takes to travel to where the defending player is). It’s a way to earn ranks and rewards, as well as bragging rights, but the complete lack of complexity and relative automation still makes it a bit of a boring affair.

The game does slowly gear itself up for more PVP focused content in the later game, not that we got the chance to experience any of it. One a player town starts getting bigger they can in time build or start attacking player built forts in the Fort Battles, an endless battle for domination between the highest players on the server.

The West does have a system called “Adventures” that is probably its saving grace. In it combat takes the form of a turn based strategy where you and two other players battle against another team in a 3v3. The objective is to capture three different buildings by standing on them, earning points from each building until one team reaches the final score. Death is a minor hindrance where upon being killed we were out of play for three rounds. Jumping into our first game we saw that we had two players level 100+ on our team, and the equivalent two high players and a low level player on the other. The game clearly has a dwindling population to have this kind of matchmaking and so we weren’t expecting much as we fumbled our way through picking up a couple of skills to use in the battle. 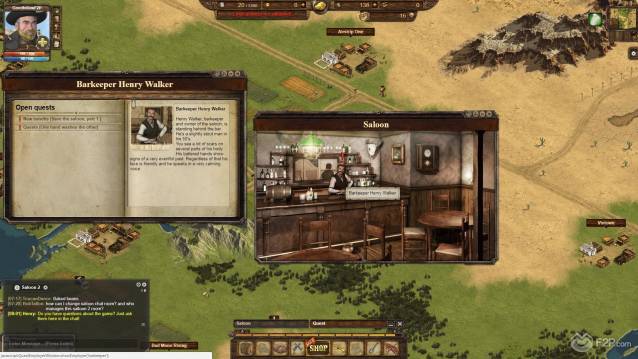 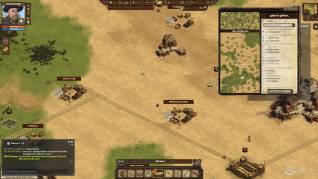 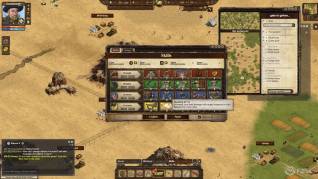 When the match started and we got to choose where we placed our character to begin with, surprisingly one of the players on our team asked if we knew how to play or were new. With full disclosure we told them this was our first time, fully expecting a barrage of “GG, matchmaking sucks” and that kind of thing. Instead we were advised to stay away from the higher level enemy players and instead focus on trying to capture our own nearest building objective, and then move to try and capture the other whilst our two high levels contested the middle. Whilst they were still trying their hardest our team did admit that we were unlikely to win this one after we had a bit of a shaky start. At one point in the game using our own intuition we stepped out momentarily from our capture point to use a snare action to delay one of the enemy higher levels from moving towards the contested point. Our team mates showered us with “great job!” and “nice work man!” with lots of encouragement. Slowly we saw the game begin to shift and we took the lead, and even though we could get killed in two shots (the others could take a hell of a lot more damage) we did still feel like we were making a useful contribution to the match. Much to everyone’s surprise we did actually end up winning the match and there were GGs all around.

Whilst the game is dated, the gameplay at times tedious, we came away from our play session feeling quite positive about the experience. Admittedly if we hadn’t had such a positive experience from the other players in the Adventure battle then we could have easily come away with complaints about match-making and it being a feature near exclusive to higher players. Fortunately this wasn’t the case, and if everyone can get a similar experience to us then I do believe it’s the kind of thing that could make a player stick around.