F2P.com and GoodGame Studios partnered to offer this FREE item giveaway for Goodgame Empire to celebrates Easter holidays, for all the new players and win these nice items for FREE, value 15€.

The Giveaway end on 23th April

Step 2. Go to Goodgame Empire in order to create a new account. Remember the promotion from today to 3rd May

Step 3. Finish the tutorial, enter the in-game web shop and enter the Voucher code you see on the image. 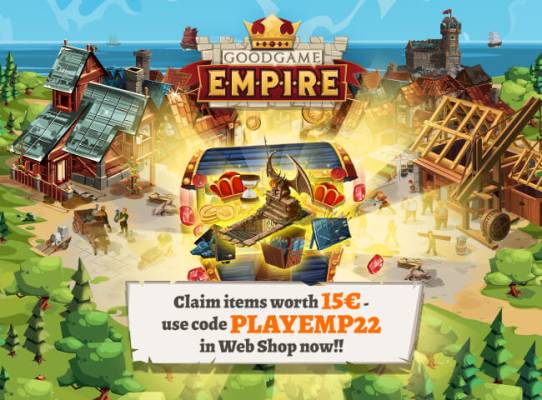