For a flash based game it achieves what it sets out to do; colourful, simple but elegant it has a nice style to the graphics and easy to pick up gameplay

This in our adventure into Goodgame Empire from Goodgame Studios, the Flash-based browser MMO where players must build up their own castles, complete quests, earn resources and then train up their own army to expand their territory conquering AI and rival players’ castles. From the outset the game was strikingly easy to pick up, even from logging into the web page you are taken directly into the game itself and then walked through the tutorial quests that will help give you the basic knowledge needed to play the game. 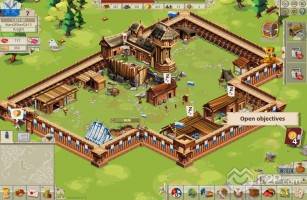 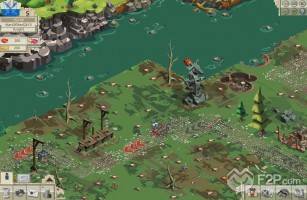 As a player we were guided through the game by various NPC’s, each of which acting as advisors for the different features that we were required to master in order to progress. In reality the game is pretty simple and caters towards the casual market, so the advisors whilst unnecessary due to the really simplistic gameplay were no less welcomed and added a nice touch to the story element of the game. That said, was the game itself is easy to pick up it does seem to be ram packed with features, many of which are locked at later levels giving constant milestones to work towards.

The game starts relatively slowly and as we show in the video for the first five levels, which took around 30 minutes to burn through, were nothing more than a stream of quests getting is to place down different buildings and explaining their uses. Whilst it wasn’t the most interesting experience at this point the foundations for playing the game were set and we had at least had a taster of some of the earlier features and how to use them. Constructing resource gathering buildings, dwellings to increase your populous, decorative elements to keep the populace happy after your tax them of their coin, expanding your borders and raising the beginnings of your army. 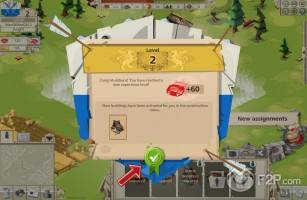 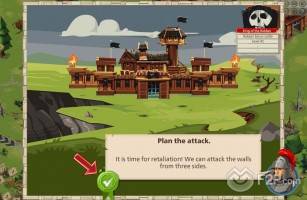 The user interface and graphics are extremely clean and easy to navigate around, the game doesn’t pretend to be some cutting edge MMO, instead it simply focuses on doing a good job of delivering exactly the kind of experience players would hope to get from this kind of game.

As we got a few more levels under our belt we were able to train up some troops to attack a nearby AI robber baron castle, and easy enough task that yielded some extra XP and resources for our efforts. Attacking other players is a possibility from the outset, however you will lose your new player “unattackable” status in doing so, then chances are you won’t have good enough defences to hold back any one who sees you as overly aggressive. Another way to stop new players terrorising veterans is the troop requirement to attack castles, the bigger the Castle, the higher the level of player the more troops that are needed as a prerequisite to launching an attack, without meeting this number of troops we found that attacking just simply impossible. Yes, at level 5 we try to attack a level 20 player. 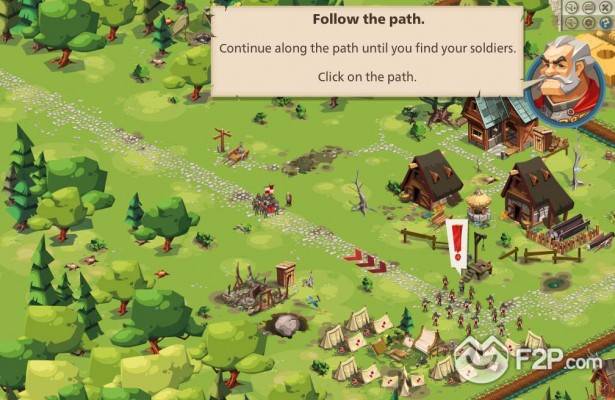 At level 5, and the end of our video we managed to unlock a host of new features such as new quests, lootable treasure chests and a variety of other systems that do their best to keep players engaged and returning to the game to claim regular rewards. In comparison to some of the other games of this genre we have to say the by the looks of it Goodgame Empire loot to be a pretty complete title and is definitely something to consider if looking for a casual yet competitive style strategy MMO.