We had a sit down with Fabio Lo Zito, the PR Manager over at InnoGames to get a general idea of what was new with the company and their numerous titles; the big switch up right now is trying to ensure there is cross compatibility between their games to get them on browser and on mobile, a big shift in their users now making the mobile scene a rapidly growing market. Of the numerous titles (Elvenar, Grepolis, Tribal Wars 2, The West) they currently have going we were told that Forge of Empires is still their biggest title and the one that takes the bulk of the development team growing from an original 15 developers to a team of 60 to ensure they can keep pushing new content out.

For anyone unfamiliar with the game it is a traditional strategy/ city building MMO where players need to gather resources, construct buildings, raise armies and then ultimately ally, trade and fight with other players. The game itself sees players civilizations advance through various eras, with the new “Future” era being on the horizon. Having a quick look over the game on the tablet version it looks pretty great, the colours and general vibe of the city layout shows huge sprawling eutopian style buildings that very much step away from the browns and golds we’ve seen of previous eras and have a very lush graphical style. 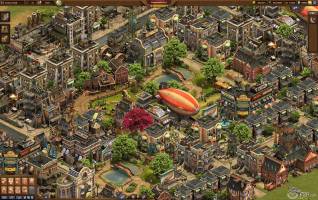 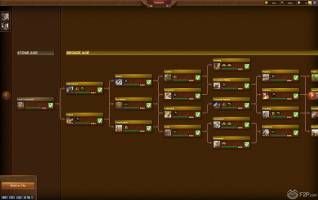 The Future era will be the fourteenth and final age in the game and we’ll be expecting to see it within the next month or two as it’s still in development; as it stands we were told there’s around 2.5 years’ worth of content in the game already. However, what happens next?

Interestingly, speaking to Zito he postured the idea of a Colonization expansion for players to start their own second city, whilst none of this is official or in any detailed development, it’s one of the big ideas that is being knocked around by the team (they need to keep those 60 people busy with something!) though right now it’s something that they’re just experimenting with. Aside from that, and seemingly more convinced that it is something that will definitely be in the game, was the talk of multiplayer and Guild Cities, something that the community seems to want and will definitely add a stronger social aspect to the game, where players are able to work together and collectively build up a city, though there were no definitive details at this stage. 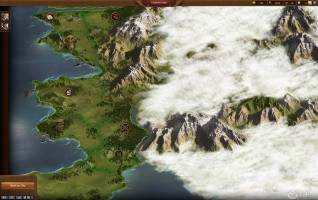 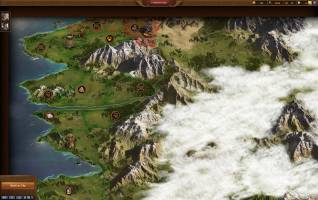