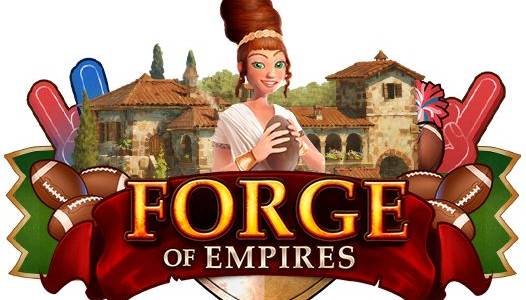 In Forge Bowl, the goal is to score touchdowns for your team. 35 quests can be completed immediately and another 20 quests are unlocked daily. The goal is to reach the end zone and score a touchdown, giving players the opportunity to win the coveted touchdown reward. There are also five different trainers available, which offer various benefits. Players should use them very wisely. Each move across the field requires footballs, which players can earn through quests. These can also be collected by logging in daily and when solving events. For every yard players advance, their rank in the league increases. A higher rank promises better rewards. At the end of the event, they receive additional special rewards depending on their rank.

Lead your team to VICTORY! Forge Bowl 2021 on Forge of Empires

Forge Bowl 2021 also brings new, exciting buildings. The main prize is the Terracotta Vineyard. The level 1 building can be obtained from the quest line and it can be upgraded up to level 8. To do this, players will need Terracotta Vineyard upgrade kits. They can get these from the quest line itself as well as from touchdown rewards. The level 1 building brings hapiness, population, and coins. At level 2, it also generates medals. With level 3, goods are added. From level 4, the building also provides Forge Points. With more upgrades, the power increases further.

In addition, players will have the chance to get four new 5x2 decorations, each of which exists in two different variants, as well as three new portraits.

Forge of empires is free to play and available for browser and mobile for Android and iOS devices.

Since its release in 2012, Forge of Empires (www.forgeofempires.com) has been one of the world's most successful strategy games, with several million active players in over 30 markets. In Forge of Empires, players guide a village through the different epochs of human history - from the Stone Age to the distant future. Through skillful planning and tactics on the battlefield, they can expand their sphere of influence and create an impressive empire. Continuous content updates ensure several years of fun. You can switch between browser, iOS and Android devices at any time while playing.