A new era has dawned in Forge of empires: Space Age: Mars! For the first time in the history of the popular online strategy game, with Mars players are settling a foreign planet. By exploring the technology "Space Flight" a huge space shuttle appears in the city of the players. A click on it starts the journey to the first colony on the red planet. The new game expansion offers new challenges as well as lots of buildings and units. Our Game Designer Kurt introduces Space Age: Mars in this video: 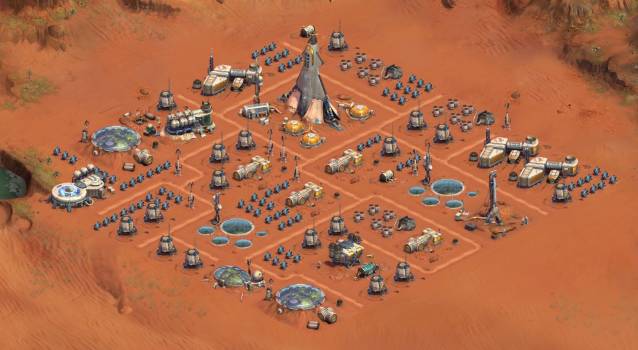 "Since the release of Forge of Empires in 2012, we've been delivering new content continuously. With the Mars update, the Forge team has once again raised its own bar. The expansion contains new game mechanics and an opulent designed version of the red planet. With Forge of Empires, we're already offering fun for years to come, and we're constantly expanding it. We are looking forward to our players' feedback on 'Space Age: Mars' and are already working on the next major updates," says Stefan Walter, Product Head Forge of Empires. 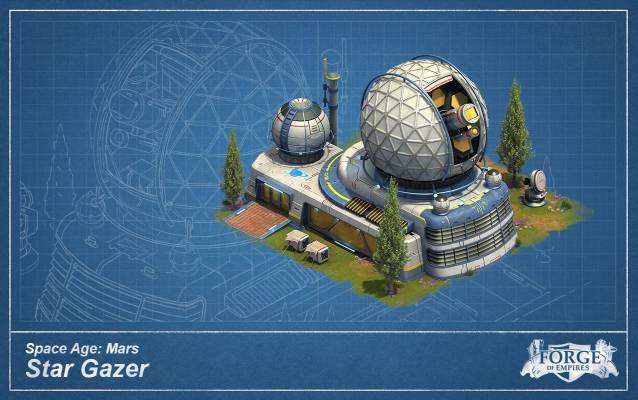 The new age includes 51 main story line quests, 46 side quests, and 14 recurring quests. As a new game mechanic, players on Mars must keep an eye on the life support of their colony. The more colonists players have, the more powerful life support buildings they will need. In the expansion, 24 new technologies can be researched as well as 5 new military buildings with 5 new units, 2 new Great Buildings, and numerous other buildings. These include the Rocket Testing Site and the Astronaut Training Dormitory, two buildings to place in the player’s main city on Earth. 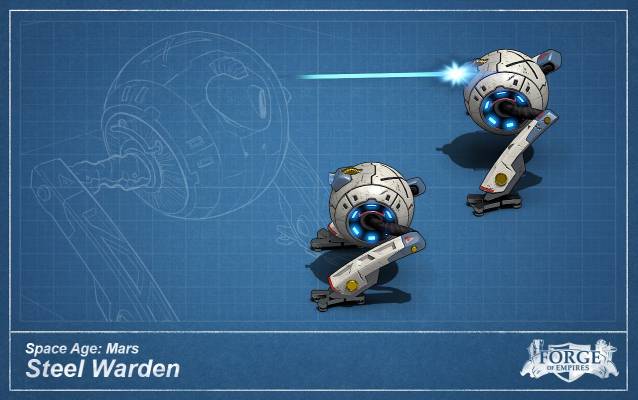 A new legendary building is the Star Gazer. This huge telescope generates goods from a previous era every 24 hours. The Virgo Project comes in particularly handy for generals. This Great Building fires missiles that, with a bit of luck, destroy half the enemy units before the start of a battle.

Among the 5 new units of the expansion are the Tesla Walker for short-range combat and the Steel Warden as a heavily armored battle machine. All new units feature the AR target system, which offers the chance to deal double damage on each attack. 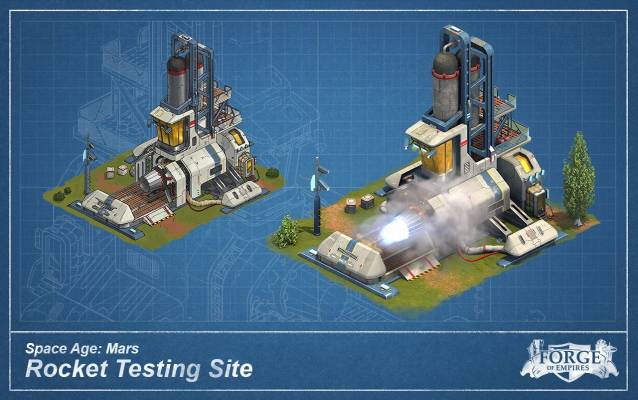 The new Space Age: Mars can now be played in the browser at Forge of empires website and in Forge of Empires mobile apps for iOS and Android.

Since its release in 2012, Forge of Empires (Forge of empires website) has been one of the world's most successful strategy games, with several million active players in over 20 markets. In Forge of Empires, players guide a village through the different epochs of human history - from the Stone Age to the distant future. Through skillful planning and tactics on the battlefield, they can expand their sphere of influence and create an impressive empire. Continuous content updates ensure several years of fun. You can switch between browser, iOS and Android devices at any time while playing.