Take on the scoundrels Borsty and Gree D. Weasel at a game of dice and earn great rewards during FARMERAMA’s Snake Eyes event.

Borsty and Gree D. Weasel are playing a game of dice together. It looks like a lot of fun and they've promised not to cheat! Are you up to the challenge to take on these two notorious swindlers? Beat the scoundrels at a game of dice and earn great rewards. 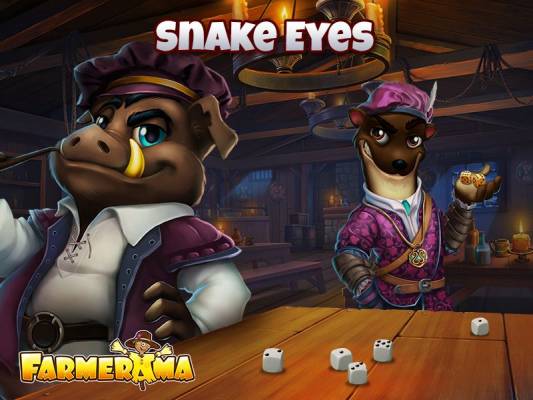 Farmerama you can play in your browser, you do not require a large download and can begin playing within minutes. With browser based gameplay, Farmerama is a game you can play anytime, anywhere! Sign up and build the farm of your dreams without all the smells, dirt, and hard work!