The farm animals love the new coats Henabella Stitch made for Joe Patches and now they want new clothes too! Pick up your needle and thread once again and get ready for a magnificent minigame! 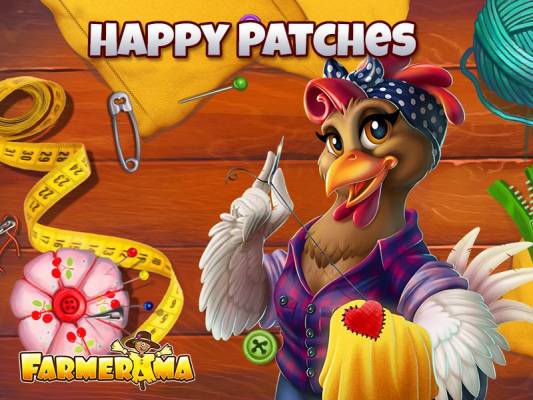 Plant plenty of Fabricia Famosa and collect as many Needles ‘n Threads and Swap Buttons as you can to produce Fabric Tiles and earn rewards during FARMERAMA’s Happy Patches event. Make it sew!

This relationship is another step towards the realization of our main values at Bigpoint: fun, fairness and accessibility.