A touch of glamor swings by your farm in the shape of an exciting Fashion Show. Dress your animals in fancy clothing and enjoy a night among the crème de la crème!

Plant plenty of Leather Straps and collect as many Eyelets as you can to produce Faux Leather Belts and Designer Bags during FARMERAMA’s Farm Fashion Show event! 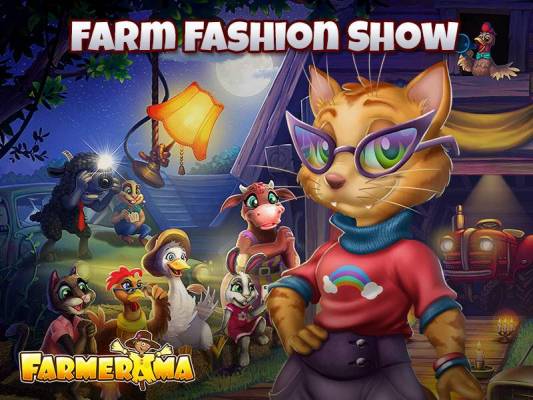 This relationship is another step towards the realization of our main values at Bigpoint: fun, fairness and accessibility.