Happy Birthday, Farmerama! Your animals know how to organize a cracking party and invite you to not one, but three different party locations. Help them decorate and party together in FARMERAMA’s Birthday Bash event! 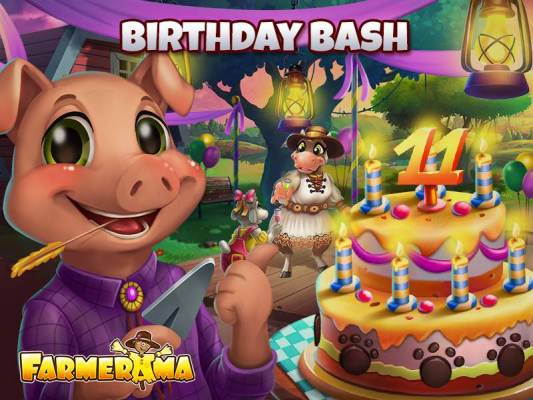 Farmerama is a Browser-Based game, you do not require a large download and can begin playing within minutes. With browser based gameplay, Farmerama is a game you can play anytime, anywhere! Sign up and build the farm of your dreams without all the smells, dirt, and hard work!