Bigpoint publisher of Drakensang Online, has announced its new Drakensang Online Terrifying Shadows - A New Era start on February 19th and end next February 25th, here at F2P.com they have some details of the event for DSO.

Sargon is back - bigger, meaner, and dead! The Terrible has returned and it needs heroes to stop his subordinates and foil his plans. Travel to Kingshill and talk to Jon Sunlair and help save Dracania once more! 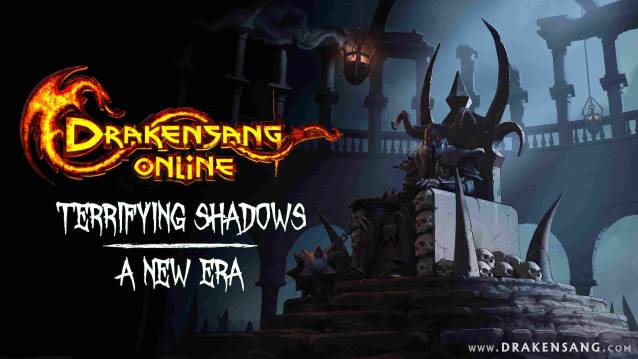 Key Features of the expansion:

In a magical realm of mystery, creatures were pushed from the lands as rise of human empires dominated this mystical world, hunted and brought to the edge of extinction they were driven into the darkness and have for centuries been at rest; forgotten. And now these long lost creatures have begun to once more re-emerge and reclaim the land that was once their domain, dark forces and monsters of shadow gather strength and amass their forces lead by the most terrifying of them all; dragons.

Their absence from the land has left the people ill-prepared for such an awakening, spurred on by the rage built up over the centuries a devastating war has now been unleashed and the call has been put out to a new type of hero to fight back these beasts once more, the weight of mankind on their very shoulders.