BigPoint publisher for Dark Orbit Reloaded presents the Trial of Terrors on DarkOrbit will be online from October 14th to November 1st.

Challenge yourself in a battle of wits during DarkOrbit’s Trial of Terrors event this Halloween season. Take on the Frightful Curcubitor by braving the Trial of Terrors Galaxy Gate for impressive rewards. Or hunt down crowds of creepy Curcubitors to spawn terrifying Boss Curcubitors for even more goodies!

Earn Battle Pass Keys and exchange them for rewards of your choice, such as the new Phantasm Sentinel, Phantasm Solaris ship designs, event-exclusive XH01 series Unstable Modules and other amazing prizes. You won’t want to shy away from this true challenge for the galaxies most fearless pilots. 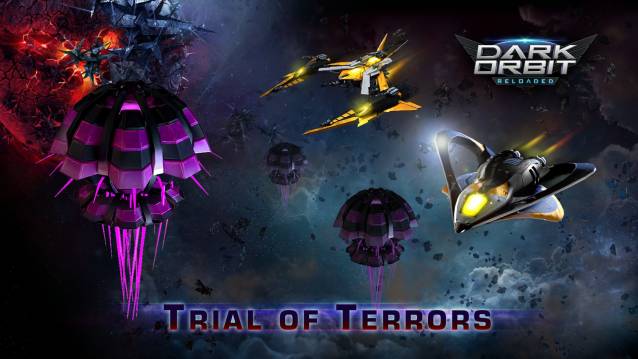 DarkOrbit, is free to play space strategy MMO puts players in the cockpit of their own person starship as a mercenary working for one of the three main Companies in the game: Mars Mining Operations, Venus Resources Unlimited and Earth Industries Corporation. The game revolves around PVE and PVP focused content in a story driven narrative with dozens of maps to explore, enemies to battle and resources to gather. Dark Orbit Reloaded can be played through your web browser, however, with its new 3D engine upgrade players that have low spec computers are still able to play in the original 2D mode now on 3D Game.