Decent graphics, easy to pick up, free to play

First impressions aren’t too shabby when it comes to the visuals, instantly striking space/cosmic backdrops for the map environments are exquisitely designed, with a dynamic scrolling with background elements shifting and moving lens flares as you move around the map it feels more like a 3D environment. The game had a big graphical overhaul a few years ago and it holds up pretty well, the 3D graphics with new structure and space models has really given the game a new breath of life. 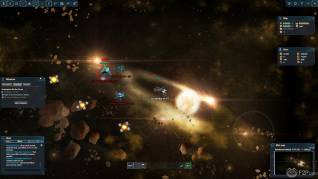 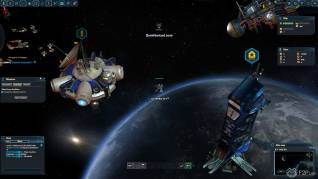 The core gameplay is fairly simple, it is a typical formula of completing missions to earn resources and credits, levelling up tech trees, acquiring new ships so that you can take on more challenging content and become more competitive in PVP. The PVP system and its various team based matches was something we unfortunately didn’t get the chance to try out in our play time, with the majority of our playing made up with the PVE content and missions.

Combat is a fairly simple affair, which is both good and bad, the mechanics are simple point and click with the mouse to move and select your target, then your hotkeys to launch a variety of auto-targeting lasers and missiles. It’s easy to pick up, but it didn’t take long before we realised that the simplicity came at the expense of tactics and skill and the PVE combat, for us at least, was doomed from the start.

Where the combat strategy was shallow the PVE mission system was worse, a series of “go to here and kill X number of this particular enemy” with the number and enemy changing each time, but the actual combat staying the same. The enemies, which may have had some slight differences with hitpoints or speed (nothing noticeable) could have just as easily been the same first enemy that we had to fight, heading into a group they would just shoot us with lasers and deal barely any damage and we’d return fire ten-fold. If the mechanics from enemy to enemy had been different, if they’d had some more original attack options, then the combat might have been fun; as it stands it felt like we fought the same enemies over and over for two hours. 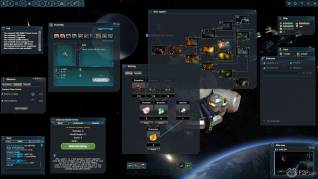 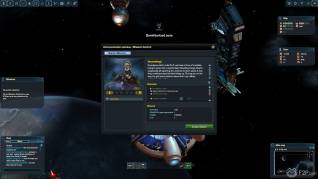 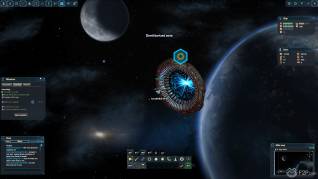 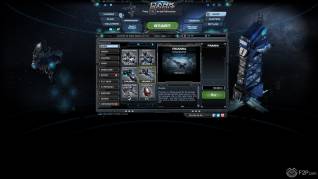 The samey combat was only one part of the problem with the missions, the journey times from one system to the next were unbearable. Starting out on Map 1-1 we were soon given a mission from our faction space station (located at the very top right of the map) to head to a new sector and needed to use the Galaxy Gate (located at the very bottom left of the map..), the result was a journey time just short of a minute to reach, to go to a new area, kill some stuff like everything else we’d killed, and then journey all the way back. There were items where you could journey to new sectors quickly, but we couldn’t use them for some inexplicable reason, as it was we just had to travel further and further out doing the same kill missions on repeat. These were interspersed with a mining/collect ore quest to give us resources we could use to sell, acquire items, ships and everything else to level up our ship; the problem was that even with some fairly hands-off resource gathering our cargo hold was always full.

Our first real taste of a challenge was an instanced encounter that spawned in enemies wave after wave, we had to clear them then the next wave would appear and they had more and more HP and took longer to kill. They started to hit a little harder but once we realised our lasers out-ranged theirs then we could just auto-attack and keep flying around keeping out of their firing range and then coming closer for a second to launch a missile. The last wave was horrendous and took so long, but more because we hadn’t realised that we could buy missiles anywhere at any time (previously the cash shop was a structure you visiting in game which popped up a new browser window for the shop, which we thought was cool, though it didn’t always work..) and so bought some huge missiles that obliterated the enemy ships.

How the game shapes up in later levels it’s hard to say, though we can’t imagine that the grind eases off at all. The issue is that the early game content is really off-putting, so regardless of how good the game might get, just wasn’t fun trying to get there. It is a casual gaming experience as the content itself is fairly shallow, but the reality is that it would be difficult to progress if you only played casually. It is a game that doesn’t seem to have moved too much with the times and is still sat in the age of early browser MMO titles; the overhaul it had being more of a facelift than seemingly adding any bones to gameplay. 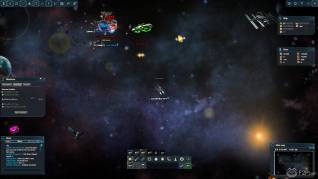 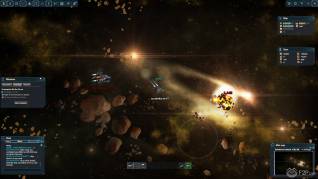