Recently DarkOrbit Reloaded made a big announcement that their free to play browser based space shooter had received a huge 3D graphical engine overhaul, all the models in the game have been given a new 3D upgrade to bring more immersion into the game. Essentially the previous 2D client has a top down isometric camera view, with backdrops and distant objects creating an imaginary depth to the maps that were otherwise only navigable on an XY axis. With the new 3D models players can zoom in on their vehicles and experience a more third person perspective camera angle, which really shows off the extra depth with the new ship models flying around, however it still remains an XY axis map with no Z axis movement.

Checking out the new graphics it’s fair to say we were torn, whilst the ship models generally look pretty good there is an overhaul lack of quality to the 3D structures that just didn’t appeal to us; the 2D renderings of structures with the light sources and shadowing did a good job of making objects feel 3D and really retained a high level of detail. The new models, and this does go with the ship models as well, just lack texture and so give things a less realistic look and, in all honesty, make the models look a little dated. 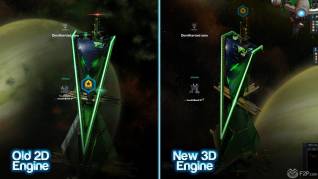 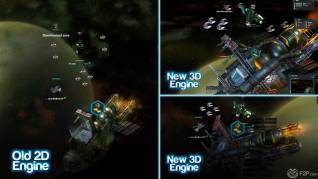 We’re not the only one that feels this way and checking out the official community forums it does seem that players are divided on the new looks, albeit not equally, at least the vocal majority seem to also share our “lack of texture” sentiment, with some describing the look as “cartoony”. Some of the ship models have been heavily bashed, particularly the Boss Lordakium mob, which we completely agree looks awful and to us looks more like a huge floating Danish pastry.

Some criticisms with how the 3D is effecting PVP have also been highlighted, it being particularly hard to lock in sudden PVP, as well as some of the up closed 3D camera angles really cutting down your general view range it’s quite easy for an enemy player to be on top of you and attacking before you’re even aware. 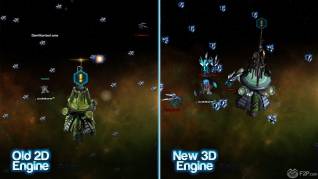 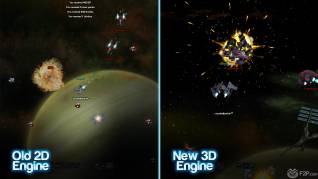 What has received a lot of praise are the general effects, from the thrusters at the back of ships, the fireworks, explosions, EMP electricity, and we completely agree; things do feel a little bit more spectacular in 3D and at times the new changes really do shine. Though there’s still plenty of players who now want “something else”, as is always the case, but one of the recommendations we saw that we could really get behind is actually seeing visible damage on your ship as your health is depleted. Similarly whilst in the battle station areas you have the ability to rotate around your ship instead of being locked into a fixed position (something that it automatically switches to when leaving the area), but personally we’d like to see this as a standard feature of the game in future.

As well as new visuals the new 3D engine in general is supposedly going to make performance a little better for players, the game has suffered from lag for quite a while for many, though it’s not something we can personally attest to but we’ll agree that any improvement on this score is welcomed regardless of whether you like the new graphics or not. For those that don’t like them? Don’t worry about it, they can switch back to the standard 2D models with a quick restart as the core gameplay hasn’t changed at all, similarly for those who don’t have a system quite up to spec or are running Linux, then they won’t have the 3D option at all. 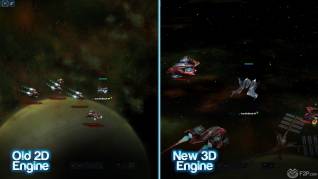 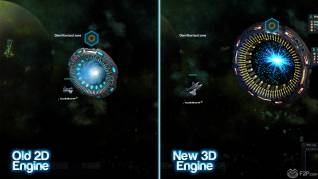