Blacklight Retribution: The Good & The Bad

Blacklight Retribution is a fast free to play first person shooter MMO from Zombie Studios/Hardsuit Labs; set in a cyberpunk world the game revolves around team based objective focused battles using a huge choice of weapons as well as a unique Hyper Reality Visor feature to see beyond walls. The game has had its up and downs with a long list of development changes, so let’s take a look at its current state...

Hyper Reality Visor - Players can look through walls and levels to see where players are, which adds a unique strategy whilst also preventing player camping

Fast Gameplay - In part due to HRV feature players just have to keep moving or will see themselves become an easy target, so the game is extremely fast paced

Huge Amount of Customization - There is an enormous amount of customization for weapons, able to change various points on the weapon from a list of dozens of components, there are literally thousands of weapons you can make based off your own preferred style of play

Fantastic Graphics - The graphics always seem to go from strength to strength with each patch and update, from lens flares, shadows, particle explosions, even the view from rooftops looking over city skylines is pretty amazing

Stealth - Whilst not a unique feature, players are able to run around in Stealth and be completely unseen melee assassins, however they are revealed in HRV mode, which adds a pretty scary moment where you switch to HRV and suddenly see someone running at you!

Parity Patch - The patch that linked the PC version of the game with the PS4 version; it greatly altered the PC version to bring it in line with the console, cutting some content (maps, modes, inventory, mail). It wasn't a great result for PC players in general, many items were lost in the change, meaning players who had bought that item with Zen (PC Premium currency) simply lost them (and their money), premium purchased Merchant Passes were also lost without refunds...

Glitches and Hacks - Lots of bugs in the game really hold back on the fun factor, stuff such as enemy team mates appearing as allies and bad frame rates, and there is a fairly prominent wall hack/aimbot that seems to be fairly common use

Gear is Expensive - Pre-Parity Patch players were able to buy attachments and switch them around to different guns for constant customization; now they have to buy multiple versions of the same attachment if they want it on different weapons, which can get pretty expensive

Reduced Recoil - With Parity the recoil on weapons was greatly reduced (and in most cases removed) to make the game easier to play and manageable for the console. Managing weapon recoil in FPS is usually a great benchmark for skill, reducing it really is to the games' etriment

Constant Crashes - The game suffers from some major performance issues, which only seems to get worse, and players typically crash when they are right in the middle of....... 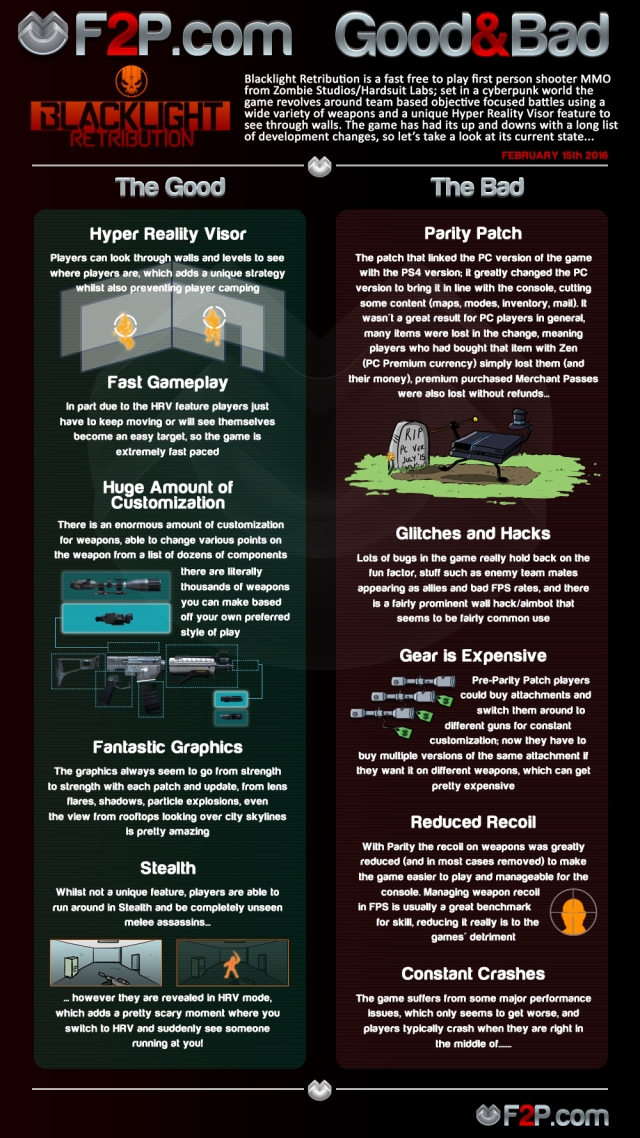