Blacklight Retribution is an exciting MMO FPS developed by the Hardsuit Labs team that allows players to battle their way through a variety of maps and modes in this cyberpunk team based PVP free to play title. In the game players can tool up with a variety of loadouts, including the unique HRV (meaning Hyper Reality Visor) gear that allows players to see through walls and objects to spot enemies, mines, interactive items that are otherwise blocked by line of sight.

Blacklight Retribution is apparently free to play, but as we ask our questions and starting out at 100% free, we’ll remove points as the game fails to deliver, so stick with us to find out the final score in the F2PMeter. 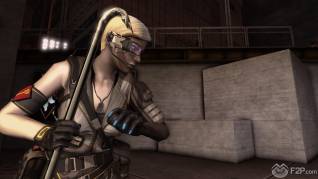 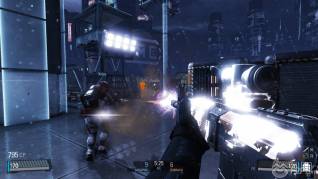 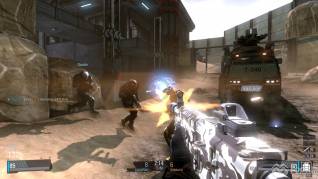 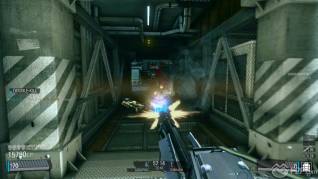 Does the game require an initial purchase?
'No'
The game can be downloaded and played for free.


Does the game require any continued paid subscription?
'No'
Blacklight Retribution currently has no subscription options.


Does the game require spending money on DLC packs or expansions?
'No'
There are no available expansions or DLC, but updates are provided for free.


Does the game support micro-transactions? Can anything be purchased in-game using real world money?
'Yes' -5%
The main items in the game that can be purchased are weapons and gear, which can be bought with earned in-game GP currency or with the premium ZCoins which is bought with real cash. Whilst there are a variety of cosmetic skins available, the majority of the shop focuses on weapons and items for players’ loadouts. Weapons bought with GP can only be rented for a few days at a time, meaning players must continue to purchase them over and over, unless they buy a Blacklight Prime item from the store, which unlocks “permanent” options when buying weapons. Players can buy items and weapons with ZCoins either as a rented item or permanent.


Do any of the micro-transactions give players an advantages?
'Yes' -15%
The biggest advantage is that first and foremost players who want to own a weapon permanently will have to spend ZCoins, either to buy the item directly or purchase the Blacklight Prime, allowing players to buy items permanently using GP. However, items bought with GP also have a level pre-requisite on them so players need to reach a certain level before they can buy a high level weapon with GP, this restriction is not in place for items bought with ZCoins meaning new players can have the best guns when they start playing if they purchase them with cash.


Does the game give access to all available classes and/or races?
'Yes'
Different Agent characters are nothing more than cosmetic skins.


Does the game require have limitations to how the 'Auction House' /Market/Trade system is accessed?
'No'
There are no trade/auction options in the game.


Are personal inventory and/or bank slots limited at all?
'Yes' -10%
Each player has two loadouts available to save and switch between two gear bundles, players can buy a 3rd slot using ZCoins or with GP Currency, though this requires players to have also bought Blacklight Prime as it is considered an item bought “permanently”.


Are all dungeons and zones accessible without purchases?
'Yes'
The various game modes and maps are accessible to all players.


Does the game restrict high endgame content (PVE, Raids or PvP)?
'No'
The game has no end-game content restrictions.


Can the game be fully enjoyed without ever having to spend a ‘penny’?
'Yes' +10%
Playing the game casually will require players to constantly buy new weapons as they will run out, though earning GP isn’t extremely difficult if you are at least a fairly active player. The bigger issue is constantly facing off against players who have spent cash to buy all the best gear and have it permanently in a game where gear is particularly powerful. Trying to stay competitive isn’t too hard if playing regularly, though the likelihood is that players will at least buy the Blacklight Prime for convenience.