World of Tanks Goes Big on the Frontline

World of Tanks Goes Big on the Frontline

Wargaming.net marks the year of Frontline in World of Tanks PC. With 30v30 battles at its core, the game mode adds a new level of challenge, but offers up even more lucrative rewards. Thanks to the custom-tailored 9.25km² map—the largest in the game’s history—tankers will need to refine and rework their tactics as they battle it out on three fronts. Players will have multiple opportunities—each called an Episode—to take to the Frontline; for a week, every month until November.

“When we launched Frontline in 2018, it was much loved by our players, and as soon as the game mode saw its last battle, tankers were calling for its return,” states Maxim Chuvalov, Publishing Director, World of Tanks. “Thanks to the positive feedback we received from our community, it’s now bigger, better and more frequent!” 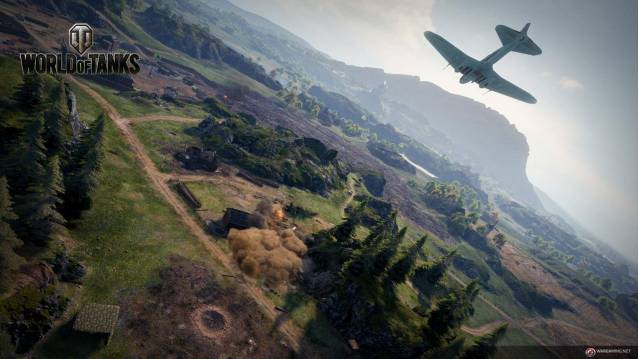 Frontline offers a complex, yet entertaining set of rules not seen in standard battles for Tier VIII vehicles. Unlike traditional game modes, tankers can drive into repair zones to get patched up on the move and respawn with another tank should their vehicle get destroyed. Players will also be able to equip exclusive Combat Reserves, including smoke screens and airstrikes, to help them in battle; the amount available will depend on the vehicle class.

In terms of the metagame, Season Two of Frontline offers even more to players. Progression is quicker and with every victory, tankers are one step closer to monthly rewards. Even better, they are incremental.

And to top of the celebration of a new season of Frontline, four tanks are up for grabs, including two brand-new ones. Veterans of multiple Frontline Episodes will be able to bring home some Premium vehicles, such as:

• And a tank that’s currently under wraps

Feeling that Frontline itch? Episode Two kicks off on the 11th of March.

World of Tanks is the first and only team-based, massively multiplayer online action game dedicated to armored warfare. Throw yourself into the epic tank battles of World War II with tankers all over the world. Your arsenal includes over 570 armored vehicles from 11 nations, carefully detailed with historical accuracy.