First Impressions on World of Tanks

An absolute ton of tanks to unlock and modify, fantastic graphics and effects, well designed levels

Not a fan of the spotting system in full, secondary objectives seem weak

First Impressions on World of Tanks. We took some time to check out Wargaming's tank based team shooter World of Tanks, a WW2 themed objective based free to play MMO that's been around for just over six years. In that time we've heard and seen much from the game but it was this reporter’s chance to get a hands on playthrough of the game, stepping in as a green recruit and trying it out for the first time.

The initial download was pretty large, but from the launcher we did notice after a while that the game popped up saying it had downloaded enough of the patch to start playing low tier tank games, which seemed like more than enough for us given that we had a fresh account. Starting the game paused the patch, as opposed to it continuing to run in the background and it was only later when we realised some of the game modes (ie. not Practice Modes filled with AI bots) were locked until the full patch was completed. 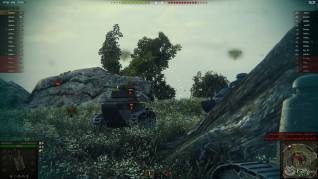 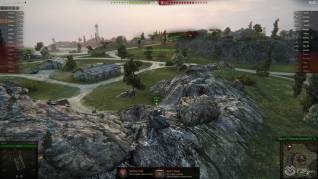 The tutorial is simple enough and the mechanics of the game in general are pretty basic; WASD movement, mouse to aim on your target which slowly tracks your tank turret to aim towards it, a few different camera views including sniper mode, and fire on mouse click. It seemed like a fairly straightforward game and so it left us feeling confident about us soon jumping into some PVP matches.

With the Garage, where all your earned tanks are kept, we had nine available Tier 1 tanks to choose from the various nations covered in the game, many of which have their own tech trees to unlock new vehicles. The Garage page was a little bit overwhelming as there were Crew, tech trees, armory and various other options for customizing and it was all available from the onset (albeit we didn't have the currency needed to do anything). It takes time to level up and get access to most of the mods, so it wasn't something we had to worry about at this point anyway. A cursory glance over our available tanks and we just selected the good old British Vickers Medium Tank Mk. I and jumped into a Random Battle that put us into a 15 vs 15 team deathmatch.

Stepping into our first match it's hard to believe the game is six years old because the graphics have held up pretty damn well (we did download the HD client); polished textures and detailed vehicle models, just looking out over the crumbling city that would be our battleground was actually pretty exciting. Our objective, as is the case with all the standard battles, was to either capture the enemy teams base by sitting on the point (whilst also having to defend our own) or destroy all the enemy team. As our group rolled out and split up to begin navigating the streets the sounds of explosions from the other side of the town let us know that some of our teammates had already found some action, rolling out a little too far into an open plaza we took a quick hit to the front indicating that we'd already found some as well! Thankfully our well armored front give us enough of a chance to back up and get the hell out of there. 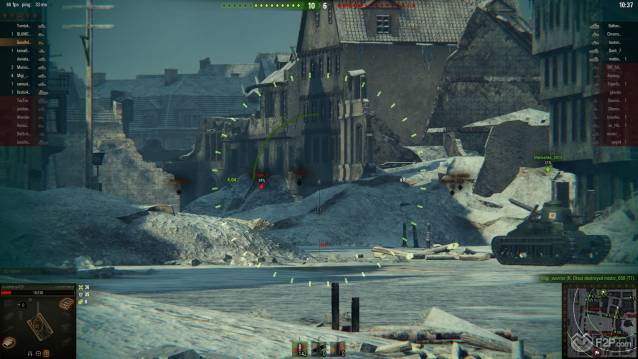 Driving around it was clear that even in our low tier tanks some of the players were already extremely familiar with the maps, finding and taking up positions we didn't even know how they'd gotten to. This was echoed in most of the games we played and there was a consistent feeling of "everyone here is way better than us", any time we ended up in a confrontation, other than the yolo kamikazee players it felt like we never came out on top and spent more time in spectator mode watching the battle unfold than we did being part of it (thankfully you can quit the match to go back to your garage, but your tank in the active match cannot be used until that match is finished).

Whilst the mechanics are simple the nuances are not; learning the map, learning positioning, knowing the capabilities of your tank and your enemies, knowing whether you can trade blows and out DPS an enemy, these are all things that we weren't going to pick up in just a few hours of playing; but it was a good indicator of the skill level needed for what is a relatively simple game mechanically.

Our biggest frustration with the game, and what we personally didn't like, was how the spotting system worked. Once a team member got visual on an enemy it would flag them up on the minimap (which was fine) but also as a marker on your screen that you could see through buildings. It was, for us, a little bit too accurate and forced way too many stalemates where both players knew the other was just around the corner due to the marker. We'll admit we didn't full get how the spotting system worked, but we'd prefer no constant markers on the screen (maybe a solid colour on the minimap if you can still see the enemy, and an outline on the minimap if it's their last position). 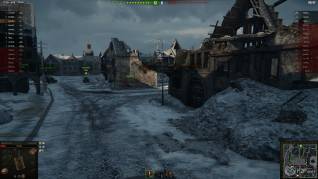 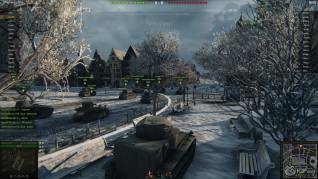 Another thing, and this might have just been for our lower tier/level, was that none of the games we played ended up being won due to the base capture element and it was always a full annihilation victory, the only time you would ever come close to a base capture is because you'd nearly destroyed all the enemy team already.

First impressions and beyond, the game is extremely fun and strategic enough that at higher level gameplay with some actual team coordination we imagine it is even better. Whilst we played on the same few maps in rotation it felt like it was a good number as the maps are large enough to need time to learn them, then as you level up and get higher tier tanks you get new maps to learn, creating a decent level of progression. 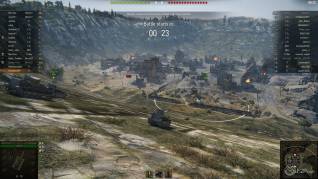 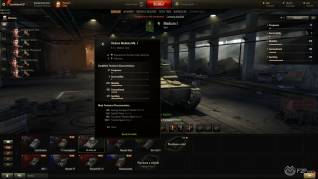 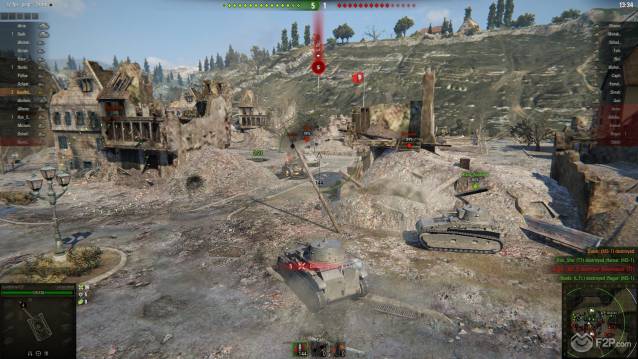