What Would You Change About… Warface?

What Would You Change About... Warface?

Warface is a free to play MMO in a modern urban warfare setting where players can choose from four different classes, actually switching between them during the game, and engage in team focused objective based PVP or extensive Co-op campaigns. With fantastic graphics developed on the CryEngine the game looks great and is extremely fun to pick up and play, however, it is not without its faults though and so for in our next article we ask “what would you change about… Warface?” 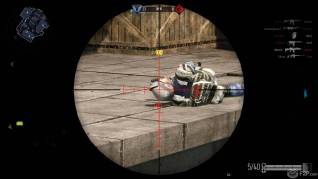 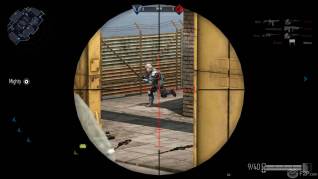 Weapon Unlocking
The system is too grindy and restrictive. Apart from the fact that there is pretty much no information in game on how the unlock feature works, prompting people to always need to go to the forums to find out, the actual system is pretty restrictive. The game has a decent selection of weapons, attachments and armor, when playing you select one of three items (weapon, attachment or armor) at the beginning of the game and you earn vendor points that will unlock your chosen item, essentially earning XP to the chosen gear. The problem is that three items you can choose from are predetermined, once you unlock your available weapon it then goes onto the next weapon in the list, regardless of whether the weapons you unlock are for a class you like playing, you have to unlock them in order, meaning a pretty long journey to the late game weapons. We’d like to see some variation and choice in the items that you can focus your unlocking on, instead of three pre-defined items you might not be bothered about.

Customization
The customization is pretty limited. There’s not that much in the way of skins or ways to customize both your character and your loadouts; you have a small selection of items to take into battle, and a limited number of attachments that you can use (once you finally unlock them with the vendor system). There’s nothing in the way of modifying weapons to tweak them such as we’ve seen in shooters like Planetside 2 or Blacklight Retribution. The result is that the general progression and makeup of each player around your rank is generally the same, save for those people who have purchased better gear using real cash. We’d love more customization with gear, the ability to define it with variations of attachment, stocks, magazines, to essentially make unique guns.

Loading into Games That Are Ending
Getting loaded into a game when it’s about to end. This is all too common and a really frustrating element to the game’s matchmaking system, all too often you join a lobby, wait to be auto-balanced, then load up the map and the teams, only to have the match end (not just the round) a minute later. We’d prefer it if there was a cut off once there’s only so much time left in the round, or if it’s on the final round, so as not to add us in.

Quick Death Timers on Team Deathmatch
Players die so quickly on Team Deathmatch it makes Medic useless. Medic has a defibrillator action where they can bring downed teammates back into the battle, when players are taken down (by losing their HP) there is a visible countdown icon that lets medics try to get to them before they die; in other game modes you have plenty of time but Team Deathmatch is about getting kills and so the timer is around 15 seconds. This is nowhere near enough time to get to the target and make sure the area is cleared before defib’ing them, so it makes one of the medics key abilities completely redundant. We get that by being able to keep players in the game it means it would be harder to rack up kills, but we don’t like how the system works right now. What we’d like to see is the timer being increased to the normal duration and maybe when someone is brought back into the game with a medic they get a hard cap on their health at 50% and if they are killed again they’re dead straight away with no ress timer; it makes the medics skill useful.

Aimbot
The hacks are rampant. There’s not a game goes by where someone doesn’t call out “hax” in the global chat, whilst sometimes these are just butthurt players whose pride takes a hit when they’re killed, much of the time these accusations are pretty justified. Aimbots and wallhacks (able to see through walls to see where enemy players are and highlighted hitboxes to try and get headshots) are pretty prevalent in the game and are a big bane to it. The problem isn’t that you always get a hacker in a match, it’s that because they’re so prolific in the game that any time someone might show a degree of skill or be able to correctly second guess their opponents position, the accusations come really quickly of hacks and that just puts the team in a bad mood, which brings down the match.

Repair System
Spending your in-game currency is doable to get items, but then they throw in the Repair feature where you gear takes damage, so you constantly have to spend your currency on repairs that you would otherwise be using to buy guns. However, if you are a VIP account (which obviously you have to pay for) then you can mitigate this somewhat with extra currency to buy/repair, as well as improved chances on the boxes to get decent gear. If you play casually then the time it takes to build up cash for higher end weapons can take a while, then you buy them and just don’t really get the benefit from them if they’re only a rental and you don’t constantly play. The system is fine for players who love shelling out money all the time, but massively at the expense for free to play accounts and casual players, we’d like to see at least the Repair system removed so players have a little more cash to play with. 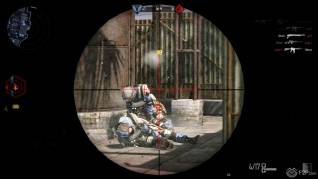 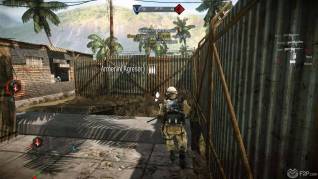 These are some of the things that we would change about Warface, but what do you think? What would you change about this game? Would you add anything else to the list? We await your opinions! Let us know!!!!!