Today we want to tell you something about our recent experience with Warface, the youngest baby from Crytek, the same guys who gave birth to amazing games such as Crysis and Far Cry. Warface is the first free-to-play project of this quite popular software house, which is trying to surprise you again with a competitive, cutting-edge multiplayer online FPS highly accessible and playable through your browser. What? A modern and competitive browser-based MMOFPS? Yep, that’s exactly what they say; let’s see together if it’s true or if this is just another of the many cheap free games without a soul. 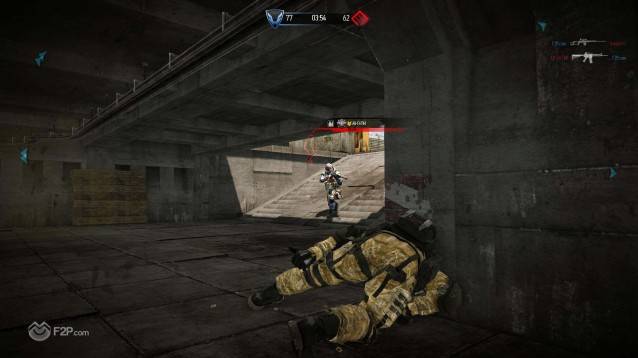 Warface is playable through GFACE, which is not a rapper, but Crytek’s new browser-based gaming platform, still in beta at the moment, where you can find a community of passionate gamers, make new friends and play together. Think about it as a sort of mix between Facebook for gamers and Steam, with the exception that the only game currently available is Warface. Anyway, once you successfully complete the registration process, you can start the download of the necessary files (Although the game is playable through browser there are about 2GB of files to download) and play.

The game presents itself as a very classic class based MMOFPS, with some unique features and a couple of tricks up its sleeve, but let’s start with the classes, which are Rifleman, Sniper, Medic and Engineer. The available roles right at the start of your fresh-made account are Rifleman and Sniper, which are very simple to play and let you get used to the flow of the action without confusing you by throwing at you too many mechanics at once. With the exception of the Sniper, each class comes with a personal weapon type and a very unique feature; i.e. the rifleman uses assault rifles and light machineguns and is the only class capable of resupplying with ammo both himself and his teammates, the medic uses shotguns, can heal himself and the others and revives the fallen comrades, while the engineer uses sub-machineguns, restores armor and can deploy very useful landmines. The Sniper compensates the lack of similar useful tools by being the only class to be really effective at long range. Each class has a very unique playstyle and we were surprised to have such fun with the medic, which we were expecting to be a typical support class and turned out to be a blood-thirsty death machine in close range with his shotgun!

By leveling up you can unlock and buy several new weapons and gear, some of which can be bought with game currency and premium currency, others with crowns, a special currency which can only be earned by playing (well) the co-op missions. We didn’t notice any particularly unbalanced weapon or gear piece purchasable with real money, so the game doesn’t seem to be pay-to-win, so far. 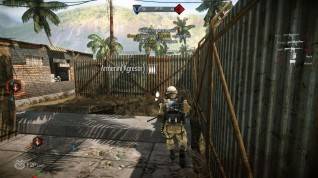 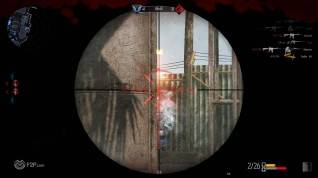 The general gameplay is very fast-paced and overall fun, and offers a robust and complete control system with every kind of modern features such as the prone position, iron sight, vaults, etc. Moreover, the game boasts a couple of fairly original features as well; the first one is the slide, which can be performed by pressing F while running and helps you to quickly reach cover, pass under small passages at full speed and rack up some pretty cool sliding kills. The second one is the assisted climbing; basically in the game you can climb on small crates just by pressing space but there are also higher place which can be reached only with the help of a teammate, which can choose to just help you to go up, or follow you up with your help as well. This is a very nice addition which rewards teamwork and cooperation, but can also be frustrating if, i.e., you are a lonely sniper that wants to reach a high place while your teammates keep ignoring you.

The game offers either competitive PvP or Co-op modes. In the first ones you will be able to find all the most appreciated game modes of the genre, such as free-for-all deathmatch, team deathmatch, plant the bomb, domination and so on. There is a nice selection of maps and modes and, in addition, you can customize the match rules in order to allow only certain classes or weapons and create crazy matches such as a melee-only team deathmatch, which is always fun. The maps’ design is excellent, and you can see that the developers put a great effort into creating interesting environments that can offer a wide possibility of different strategies and approaches, full of passages and balconies with different accesses that make it really hard to find a safe place to camp from. The co-op modes are arcade-style levels where you and your team will face AI-controlled enemies while trying to complete your mission’s objectives and go safely to the extraction point. Besides being a nice diversion from the frantic PvP action, these missions are also a source of Crowns, the currency used to buy some unique and fashion gear in the game shop. 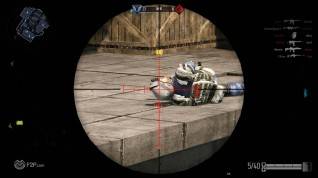 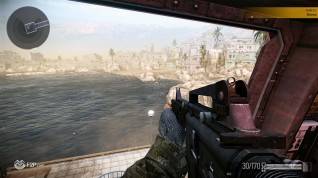 Warface makes great use of an almost perfectly optimized CryEngine 3 to boost some really good visuals and smooth animations capable of surprising you even on older machines, especially if compared with other recent similar MMOFPSs’ like S.K.I.L.L. – Special Force 2. As we already mentioned, the map design is extremely polished, but their look is sleek as well: full of details and never boring or uninspired. Some character animations - like the jump - can occasionally feel a little stiff and we’ve encountered a couple of minor visual glitches, like rifle barrels visible through walls, but nothing serious or capable of compromising the experience.

Warface is a very polished, highly accessible free-to-play FPS which you should definitely try if you are a fan of the genre. Maybe, considering that Crytek is the name after it, we would have expected to find some truly innovative features inside, but we were not disappointed with the fast-paced, fun action and the satisfying gameplay that the game delivers. If you are an FPS fan looking for something truly original or different from the usual than maybe you can keep looking elsewhere; otherwise, you should already be playing.