What Would You Change About… Devilian?

What Would You Change About... Devilian?

We're taking a look at Devilian for our next "What Would You Change About...?" article, the free to play Asian-fantasy Action RPG from Bluehole (TERA Online) published by Trion Worlds. The game has been out for around 18 months in one form or another and has seen a bit of a rocky journey with quite a few players leaving the game (enough to shut down the South Korean server). On the surface the game has some fun concepts, strong mechanics, multiple PVP modes, and a great graphical look; but when you start digging a little deeper we've isolated a few of the things we don't like and some reasons we think the game isn't working out. 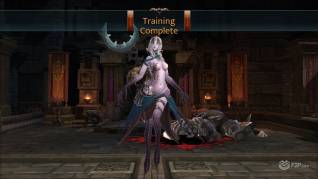 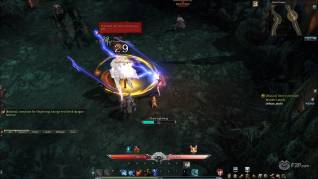 20 v 20 Guild Wars
For a population as dwindling as Devilian has, trying to orchestrate 40 people into a single point capture match is extremely difficult, and often just isn't possible. Instead what we see is larger guilds with high numbers of players at full capacity fighting Guilds that just can't get that many of their players online at any one time; it's a completely one sided battle where lower numbers just get dominated constantly. The problem is only made worse by the fact that, as with many Asian MMORPGs, the 20 v 20 Guild Battle only happens at a set time during the day, unfortunately for Eastern European players in some time zones this ends up being close to midnight when the event is actually active; which is often too late for a lot of players to then jump into a battle that can take a long time to complete. There's a few possible improvements that we'd say need a change, starting with shifting the event time a little earlier so that more players can commit to it, lowering the number of players in a battle to 15 v 15 so that there is less of a numbers discrepancy even if one guild can't field a full roster. Finally a possible solution would be to just change this from a Guild system to a faction system, allowing players to sign up to a specific faction and then players queuing as an individual, group or guild; it would be a different system but it would be one that at least gets used.

Persistent Asian Grinding™ gameplay
It seems to be a staple of any MMO that is developed in Asia, which isn't always the most progressive way of thinking, or creating games that appeal primarily to a western market. The result is the usual grind that kicks in pretty early into the game with the repetition of certain events, dailies, mob grinding for specific quests and more; this is then ramped even more as players max out their characters level and find themselves constantly playing the same dungeon content. With gear drops having RNG stats on them players are grinding for the same items until they get the best version of it and most key materials or resources are character lock (EXP books, essences, souls, etc.) and can't be traded to other characters on your account. What this leads to is a complete lack of replayability; players making a new character can't boost them with these key resources acquired through other characters, meaning they have to grind through the same content as they did previous and essentially make a new character from scratch each time. The game needs new content, cross account resources and considerably more gameplay variety.

Gender locked classes
This is an annoying element of any MMO, but it stems from a much larger problem and that is a lack of developer resources. At the tip of the iceberg we have players not able to play a male or female version of the favourite class, it's less and less of a big deal because it's a little more commonplace, but it's still the hallmark of a studio that is operating on a knife's edge if they can't put out this most basic of features. It's one of the biggest complaints with TERA, the developers other title, and we've had the conversation with its publishers En Masse who over and over have always said that multiple genders/races of new and existing classes would just use up resources used to create additional content and classes. The problem seems to be that this pool of resources is also taking from Devilians because the game is essentially in a new content drought and has only seen one additional class since release over a year ago, the Tempest, and to add insult to injury it's a premium cash bought class. The irony is that a lot of the resources, and even races such as the Elin, that can be found in Devilian are taken directly from TERA, you'd think that would mean they have a little extra time and money to make some more content but apparently not.

The "Whales" rule PVP
You can think of PVP in Devilian like the story of Moby Dick, the giant white whale that was hunted obsessively by Captain Ahab, the climactic battle at the end of the book (and film) resulting in the loss of all the whaling ships sent to capture the beast and the death of Ahab himself. In F2P gaming terms a "whale" is the type of player that drops a hell of a lot of cash in a game, every F2P title needs their whales as well as the casual player who makes the odd purchase here and there; the problem is that in battle, as with Moby Dick, the whales dominate and are completely overpowered through having purchased the best gear. It makes PVP suck, at least competitively or at end-game, and relegates it to a system where most players will avoid it, pay to compete, or just try and do their dailies and hope they don't get put up against a 3-man premade group that won't even let them do that. On the one hand we think they should cap gear bonuses at a moderate level, or at least have some kind of gear balancing system, but on the other hand the Whales would spend less if they can't pay to win.

So that’s what we’d change with Devilian, but more importantly what do you believe should be changed? What do you think could/should be added to improve the game? What would you add to your own personal wish list? Let us know what you think in the comments below! 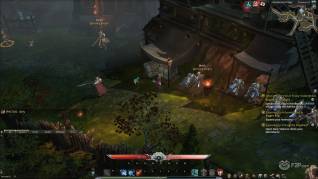 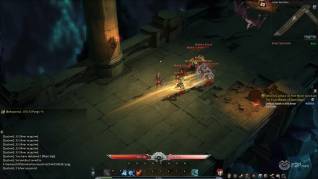