We were invited to the closed beta testing of Devilian recently, the free to play action RPG from Trion Worlds. Originally released in South Korea, the game will soon be hitting western shores giving EU and NA players the chance to check out the game. We stepped into the world with mixed expectations and hopes, another South Korean action RPG was not at the top of the list of games we felt we needed to see, but any doubt we had were quickly silenced.

To start the game looks great, roaming around the opening levels and beyond some of the views and camera angles are extremely clever giving a real sense of height, whether crossing a bone bridge high above a cavern, fighting alongside a jagged cliff, or roaming around huge open floating cities. Whilst it may be a tactic the developers have used quite a lot, having every battle happen high up somewhere, the level design and graphical detail makes a really immersive environment that straight away had us thinking that the game was nearly on par with the likes of Diablo 3 in terms of quality. 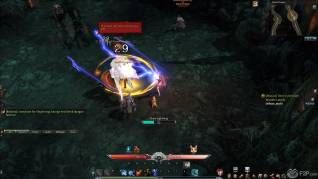 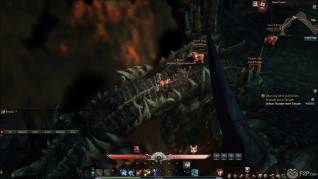 Second to quieten our doubts were the translations/quest dialogue, any Asian import is typically littered throughout with spelling mistakes and horrible grammar, but there weren’t any issues in this regard from what we had noticed and that in itself was a breath of fresh air. Dialogue and story was refreshingly interesting, well written and meaningful; getting to the point yet still delivering information to us and doing so in a way that builds up the NPC characters.

For our own adventure we decided to choose the Evoker class; a magic caster that summons up the elements, with the other three classes being a Cannoneer who uses huge guns, a Shadowhunter that used a ranged chain whip and the Berserker who uses two blades in melee. The classes are restricted to their set characters/genders, the Evoker and Cannoneer being female and the Berserker and Shadowhunter being male; it’s not the worst thing in the world and there was a slight ability to customize hair and skin colour, but the game is built for fun and the story journey as opposed to players roleplaying their own characters and making a unique identity. 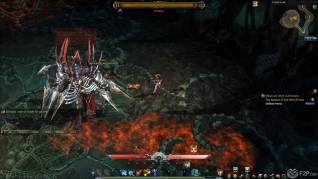 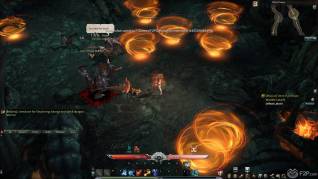 Combat is particularly well done with the movement being handles with classic WASD or using left mouse click, and combat hotkey abilities being bound to the number keys; the mouse is used to determine the direction of your attack or spell. As spell casters who could perform their abilities at range this also meant that as well as simply hitting the 1 key to send out a ranged attack towards the cursor, we could also pinpoint our area attacks, such as our Lightning Strike, to hit the area that our mouse cursor was hovering over. Aiming, moving, using the space bar to short range teleport to dodge enemy attacks, it was relatively simple in theory but proved to be a bit of a macro workout for the fingers when facing a lot of opponents. The fast paced nature was extremely fun and, at least with the Evoker, the effects from our abilities were extremely fun with throwing our fireballs and arcs of lightning lighting up the place, erupting out enemies into a fountain of blood and bone.

As we were given a Beta account this game with a variety of boosts including some inventory expansion tickets (which were much needed), extra character slots (2 as default), a battle polar bear mount, a Corgi companion (yes, the little dog) who would give us boosts when he was summoned. It did also give each player 50 Announcement Horns, where you could make an announcement seemingly to the entire game so it appeared in every chat window… useful for testers but a bit annoying for recording a video as you couldn’t hide the windows or turn the announcements off (from what we could tell anyway). 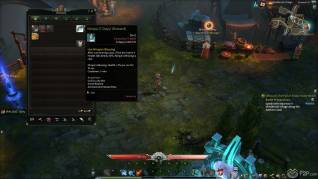 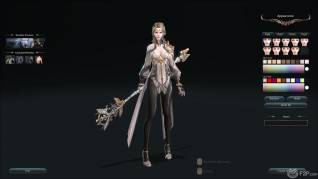 The early game content we managed to explore was fun, reaching around level 13 we finally got the chance to explore one of the main features of the game: our Devilian form, albeit it was short lived and only fighting in a training room. Here we were able to build up a “Devilian Awaken” gauge by attacking enemies that, once filled, we could switch into a second Devilian form given that our character was half-devil. As a Devilian we had access to new and improved abilities, still similar to our standard class ones, but supercharged and with added effects to obliterate enemies and, in doing so, kept our gauge filled so that we stay in the form for longer. The PVE was generally pretty fun, though perhaps a little repetitive sometimes given the very similar nature of the quests to go and kill a certain amount of a specific monster. PVP we unfortunately didn’t get to try, no matter how long we queued, though players will get the chance to fight in 3v3 battles, 20v20 and even Guild vs Guild wars, which we think will be great fun.

Overall the game is interesting for what it offers, but it doesn’t feel like anything incredibly unique; in a sea of free to play action RPGs that are all extremely similar we’ll concede the Devilian does stand head and shoulders above most in terms of its final quality. Unfortunately whilst it smashes our expectations, which over the years have become pretty low with Asian import RPGs, by smashing our expectations it only brings it up to a level where we’d expect a AAA RPG to be in its basic form for the core aspects of the game. Diablo, Marvel Heroes 2015, Torchlight, Path of Exile, these games all offer so much more than Devilian does, though we’ll happily give the game the benefit of the doubt when it comes to PVP as we can imagine the fluid combat will make it extremely fun. 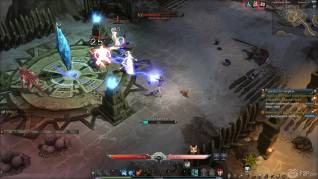 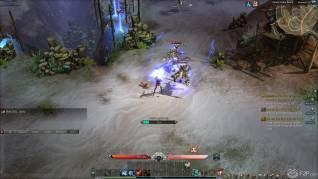