What Do We Love About… Rift?

“What Do We Love About… Rift?” What’s not to love? This free to play fantasy MMORPG has taken the best bits of a lot of classic theme-park style MMORPGs from over the years, added their own twists and revamps and made a really solid and fun game. Whether playing with a group, guild or simply taking on the many challenges as a solo combatant, the game is designed to be accommodating to everyone. Released in 2011 the game is still a constant contender for one of the best free to play MMORPGs on the market, their last big expansion released a year ago it is fair to say that it goes from strength to strength; but what makes the game so great? 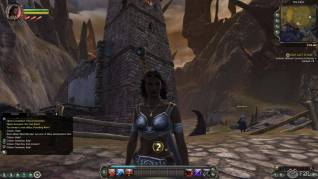 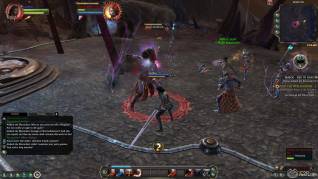 Soul System
It offers maximum class customization. In Rift the different Souls are the sub-classes/specialization that fall under one of four Callings (classes): Rogue, Warrior, Cleric and Mage. Each Soul has its own tree of skills where players spend Soul Points to improve these skills, able to level up three Souls; so far this all sounds very familiar to other MMORPGs. The difference is that each Calling has NINE Souls that you can choose from and then you get to choose how you advance in each tree, then you throw in a tenth PVP Soul for each Calling… that’s a LOT of variation, furthermore the Callings themselves don’t define the role and even a Mage can have Support (Archon Soul), Healing (Chloromancer), Offensive Ranged (Elementalist) and more so players can balance out their classes to be a mix of different roles or focus on picking up the main Support souls, main Offensive, etc. The system is basic enough to be understood by new players, but offers so much customization to please theory crafters who love to respect and find new builds that the options are.. well… pretty huge.

Dimensions
Having your own slice of the world is awesome. So we love player housing, we love guild housing, we grumble to ourselves when games don’t bother to put them in given that we have been pretty heavy in the roleplaying scene in the past and housing is always a great tool to have. Then we have Rift and their Dimensions. Not only do they give you a slice of the world, your own little instance, you get to furnish it however you like and go way beyond simple housing. The tools you use are pretty simple, with hundreds of items, building blocks, furniture and more you drop them into your Dimension and you can rotate them, change their X,Y,Z axis, resize objects, merge them into each other to create your own unique items. It has elements of Neverwinter and Star Trek Online’s Forge system, minus the ability to make quests and have interactive NPCs, but is great fun for players to hang out or make their own RP locations.

Chronicles
Soloing endgame content. One thing we’ve always fallen short with is playing endgame raid content, never being in a large dedicated raid guild with the MMORPGs we’ve played in the past, there’s a lot of stuff we only looked at from the sidelines where we occasionally had to wipe the drool from our mouths. Not everyone is social enough to want to join a guild, or they have a small guild of friends that isn’t big enough/organized enough to take on some larger raid content, or they’re just intimidated with the pressure of performing well with so many people to potentially piss off if you mess up. What Rift has done with the Chronicles is pretty unique and definitely an interesting step a direction we like and that is to allow players to play the endgame content and raids as a solo adventure, still being able to check out story line, mobs and location but where they are the star of their own personal epic and If players then join a guild and come back to the content later then they’ll feel the difficulty ramp up considerably.

The Rifts
Compelling and dynamic world content. There’s plenty of MMORPGs that go along the lines of open world objectives that pull in players, global events or boss mobs that pull players from the nearby area to take out an enemy; it’s been done a hundred times. However, the difference with Rift is that their world content is staged, that is to say that the rifts will constantly be opening all over the game and armies will start to spill out and can be fought back… but if they’re not then they start to build up fortresses to solidify their position…. If they still go unchecked then they summon forth huge colossus Boss mobs to help in their assault… if they still go unchecked then they can get an extremely strong foothold where they start to take over the world. This dynamic progression based on players actions and inaction if a defining point of their dynamic world content that sets it apart from most other MMORPGs.

Instant Adventure Feature
Jumping into group quests at the press of a button. Whilst it might not seem like a big deal, one of the small but easily overlooked features in the game is the Instant Adventure, you enter the game, you click a button, you are instantly spawned to a location where there’s some epic battle going down and you just have fun fighting alongside a huge group of players without needing to speak to any NPCs, assemble a group and then travel; it’s an instant adventure. The content scales depending on how many players have joined so no one has to worry about their temporary companions dropping in and dropping out and players can just focus on having some easy to access fun. 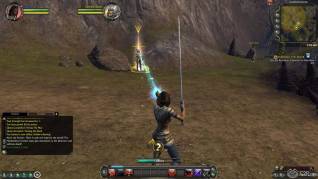 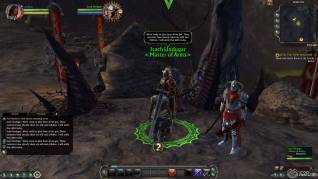 These are some of the things that we love about Rift, but what do you think? What do you love about this game? Would you add anything else to the list? We await your opinions! Let us know!!!!!