Developed by Trion Worlds and released back in 2011, RIFT: Planes of Telara is one of the few recent MMORPGs that managed to have a respectable lifespan as a pay-to-play title before having to surrender to the modern free-to-play trend at the beginning of last summer. The game is nothing more or less than a classic high quality fantasy themepark MMORPG with 2 factions, quest-hub based gameplay, tab-target combat, dungeons, PvP battlegrounds and everything you can expect from any modern standard MMORPG. Actually, RIFT feels and plays exactly like World of Warcraft, with better graphics and a less cartoonish graphic-style. Certainly, the game has its very own perks and unique twists, but in the end what a lot of new or casual players will think is mainly "Uh, look, a free version of WoW!"; so, is this a good thing or a bad thing? Keep reading our review and answer the question yourself. 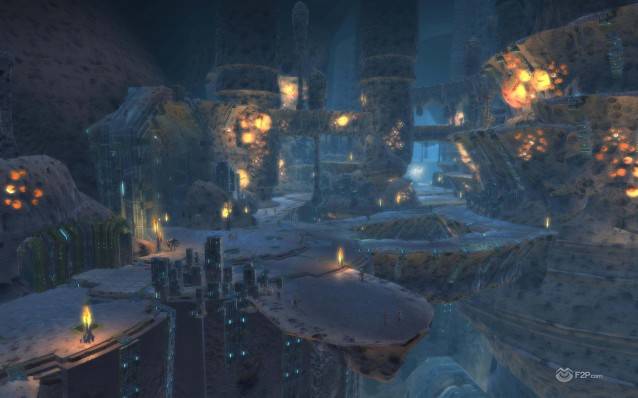 The character creation in RIFT is interesting; you start by choosing one of the two available factions: The Guardians, comprising the races who put the most faith in the gods, and The Defiants, who blame the gods for what is happening on Telara and prefer to make up their very own plan to save the world. Each faction offers three unique races: Mathosians (Humans), High Elves and Dwarves for the Guardians, and Eth (Humans), Kelari (elven race) and Bahmi (a purple-skinned bulky race) for the Defiants. At this point, you have to choose what the game defines a "Calling": basically an archetype which defines your gameplay style; you can choose between Warrior, Cleric, Mage and Rogue. Now, we could call this "Callings" classes, but it's more of a general approach to a traditional class, which can be specialized with souls (more about them later) in order to cover different roles or playstyles. For example, the Rogue can play as a DPS, Tank or support, while a mage can play as a DPS, Healer or Support and so on. At this point you choose your Purpose from a good selection of starting preset builds, which will help you to define your starting role and playstyle, and will help you to allocate your first soul points. The appearance customization is quite good, maybe not at the level of many recent MMORPGs, but it still let you use some sliders and several options to create your very unique avatar. 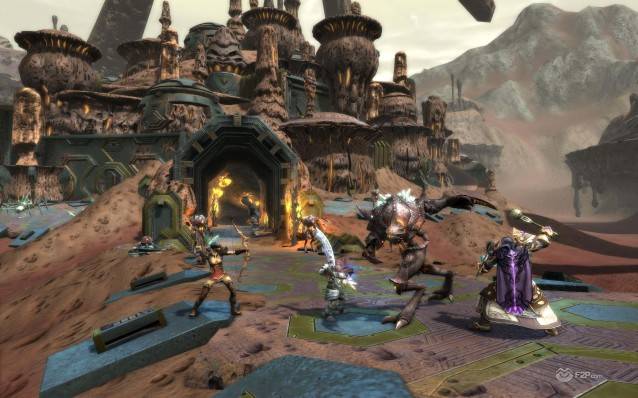 If you have ever played World of Warcraft or any other WoW-style MMORPG, you won't have ANY problem in getting used to RIFT. Everything, from the camera view to the controls and the combat system is exactly the same, which don't necessarily have to be a downside if you like it; after all, if something works, why change it? However, if you are new to MMORPGs don't worry, the first bunch of quests in Rift, beside introducing the game lore and storyline, works as a tutorial, teaching you everything you need to know in order to enjoy the game. Moreover, some of them also feature scripted animated scenes with voiceovers, which really help with the immersion and are quite nice to watch.

By completing quests and killing monsters you get XP to level up and gear to equip your character. As you level up you will receive new skills, which are obtained automatically without the need of any trainer, and soul points, which can be spent in your soul trees. Soul are one of the unique class customization features offered by Rift, and are something halfway between the usual classes and the talent trees from other MMORPGs. You start your adventure with three souls, with the possibility to obtain more of them at higher levels. By spending souls points in a soul tree, you will improve some aspects of your character related to a particular role or a weapon style and will obtain new skills; for example, if you start with a shadow stalker rogue, you will have access from the beginning to a tank soul, a melee DPS soul and a soul which uses bows and pets. Of course you can spend points in different soul trees to mix their skills and create your very unique build.

Rift lets you unlock different types of content at certain levels. At level 10 we had at our disposal elements such as PvP, Instant Adventures and the Dimensions (player housing). We tried a couple of PvP matches - called Warfronts - available in different game modes; the one we tried was a capture the flag style mode and even if we did our best to help our team, there wasn't much we could do at level 10, as the game matches you with other players from a level range of 10-19 and the match was full of level 17-19 players who could destroy us in 2 or 3 hits while we weren't even tickling them. However, it was a nice experience, and we can absolutely see how some competitive players will love the whole thing. 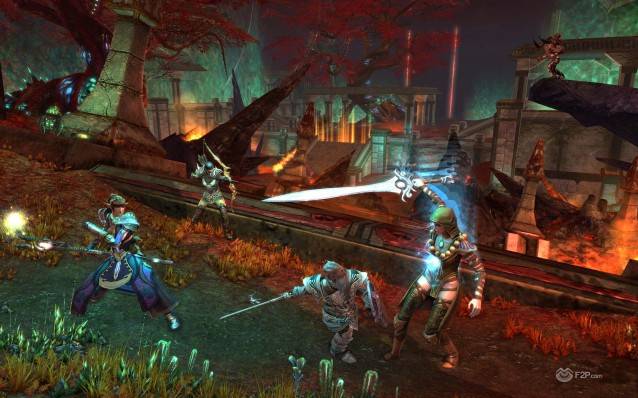 The Instant adventures are a nice surprise and a pretty unique feature. Basically, you can select an "instant adventure" from the available ones (at level 10 we had only two of them at our disposal), and join the queue. As soon as the system finds other suitable players, it will form a group and teleport you to a specific point in the world (not an instance) where a series of short quest-like adventures begin. You and your new group of fellows will have to finish the whole chain of tasks and will be rewarded with XP and other useful stuff. While certainly not miraculous, we think that this is an interesting and nice feature which helps you to break the monotony of the solo quest-treadmill by letting you play with others without the annoyance of finding a group or the difficulty of an instance.

The Dimensions are the Rift version of player housing. Basically, at a certain level you will gain access to your very own dimension: a small plot of land which includes a very tiny hut and which can be customized by adding a huge amount of dimension items which can be found during your adventures in Telara. You can buy bigger and different types of dimensions, but the real thing is that you can place every item wherever you want it, how you want it, even in mid-air. This incredible freedom gives you the chance to go absolutely crazy with your imagination. We had only a bunch of items to place, but we took the time to go for a walk in other player's public dimensions and what we saw was amazing: one player built a huge map full of corridors, underground passages, halls full of crazy things such as a Christmas themed room full of snowmen and gifts and on top of it, a complex jumping puzzle full of tricks and traps; another one created a whole zoo, building the animals (which were absolutely perfect) with elements such as fruits, plants, rocks and other stuff. We can't even imagine the amount of time needed to create something like that, but we wanted to share the experience with you just to let you understand the depth and the possibilities offered by Rift's dimension system.

While the engine of Rift is light and lets everything run smooth even with an older machine, the graphics start to show their age; we are not saying that they are bad, because they are actually enjoyable and very well-crafted, but they can't stand the comparison with the most recent games in terms of texture definition and details. The lights and shadows effects are very good, and while the animations are usually detailed and natural, sometimes they don't connect well with the next one, something that sometimes happens while strafing in combat and could be a little annoying to see for someone.

There isn't much to say about the sounds; the background tracks are enjoyable, but the combat sounds and the verses of the creatures are nothing impressive. The presence of some voiceovers (but we've encountered very few of them) help to rise the general value of the product, but you won't listen to many of them in the first levels. 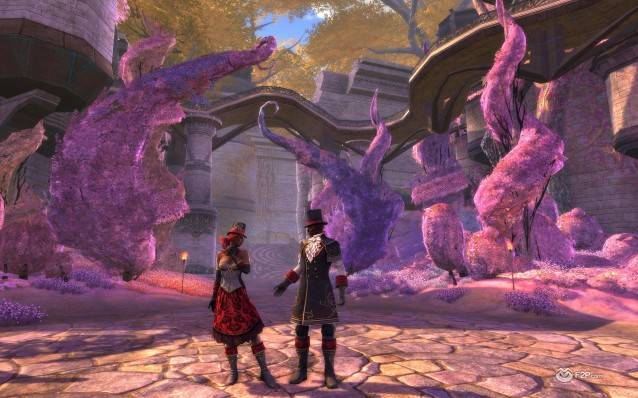 With its recent free-to-play incarnation, Rift became one of the most solid f2p WoW-style fantasy MMORPGs out there. Sure the game is starting to feel its age, but it's still healthy, full of life and far superior to many of its opponents in the genre. If you are looking for a free version of WoW with some quite unique and interesting features such as an amazing and very deep housing system and don't mind a more "realistic" graphic style, give it a try, you won't be disappointed.