What Do We Love About… Elvenar?

What Do We Love About... Elvenar?


In our newest article we’re asking “What Do We Love About… Elvenar?”, the free to play browser strategy from InnoGames where players get to choose to play as Elves or Humans in a magical fantasy realm, tasked with building up their own settlement in a new land. The game has strong elements of exploration, city building, trade and combat as players build and field their own army and get to fight in strategic turn based battles, controlling their units across a hex based battlefield for rewards and relics.

There’s enough to complain about when it comes to the game, but here are some of the features that we think truly make it shine: 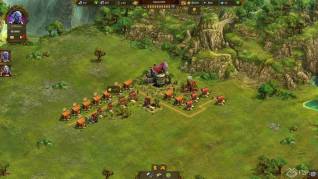 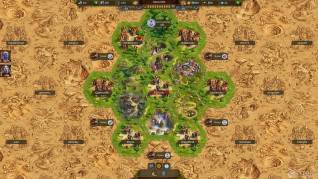 Exploring the World
We absolutely love exploring the world of Elvenar. Divided up into tons of hexes the world map of Elvenar promotes player exploration where players are tasked with venturing into these unidentified locations to seek out allies, enemies and most importantly relics that will help advance their growing city. The world map starts off as a mysterious blank canvas, with players unable to see what each hex will hold until they finally head their or send scouts to seek out what treasures lie undiscovered; being able to find these types of rewards through your own efforts, instead of having everything provided to you, is extremely satisfying.

Open Tech Research Tree
The technology tree is open to advance however you wish. With dozens and dozens of technologies all joined together in an extensive branching technology tree, players are free to pursue whichever type of technological advancement best suits their playstyle; whether focusing on military, production, trade, exploration or more, players are not bound so a single linear route of advancement. Periodically new technological eras are introduced as part of the ongoing development, known as Chapters, as well as new features being attached to older techs, meaning players always have something new to be working to in order to advance their civilization.

Tactical Combat
A more hands on strategic method of combat. Occurring on a hex based battlemap, players start at each end of the map with their units and take it in turns to move around, making attacks, flanking, blocking, using terrain and other fun maneuvers that really bring a strong element of strategy to the game that many other city builders simply lack. The combat in the game is possibly the jewel in the crown, so well-polished and enjoyable it feels like a game within a game, with players able to build up their army to best suit their own style of play or unique tactics that they wish to execute, using a range of close quarters and ranged units means every battle is completely different.

Combat Alternatives
You don’t have to just kill everything. One of the things we really enjoy about the game is the option to not have to fight (albeit this isn’t one we use all that often as we’re pretty aggressive when we play), but simply having the choice of being able to resolve situations without always resorting to combat is great. The best example for Elvenar is when uncovering relics, typically in the possession of some tribe or some such, it’s all too easy to simply kill them and take what you want through force, but the game also offers a Negotiate option which allows players to spend gold and acquire Relics through less hostile means. It’s a novel approach that really gives players a choice and can help them when they choose how they wish to shape their city.

Stunning Graphics
The game really does look impressive. The graphical user interface alone is very sleek and easy to use, offering function and form throughout the various menus it is a great start with the game and compliments the theme and genre well. Looking at the actual gameplay graphics we have the detailed cities with their scores of different buildings designed down to the last detail as well as the lush background environments that they’re build on, all the while they are occupied by citizens working their way around your settlement. Stepping into battles the animations and unit design really come together, and perfectly complement the polished combat system, helping to create some immersive and fluid combat experiences. 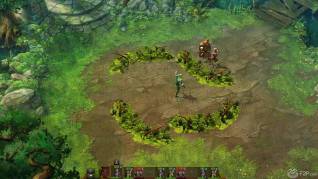 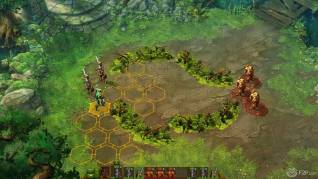 So that’s what we love with Elvenar, but more importantly what are some of your favourite things? What do you think could/should be added to our list that makes the game great? Let us know what you think in the comments below!