What Would You Change About… Elvenar?

What Would You Change About... Elvenar?

In our latest "What Would You Change About..." article we are looking at Elvenar, the free to play fantasy themed city building browser strategy from InnoGames that promotes a PVE experience as players try to level up their own human and elven kingdom. The graphics of the game are extremely enticing, and the tactical turn based combat is, at first glance, extremely interesting and offers a different kind of combat to most online strategies. Unfortunately for its positives Elvenar is mired in some pretty poor elements that need a drastic change; here's our list of the top contenders: 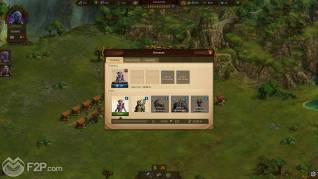 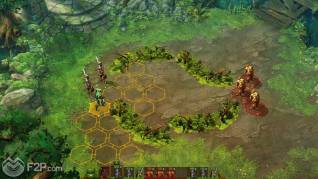 Repetitive Early Game
Whilst there is always an element of repetition with city builder strategies such as these, Elvenar goes above and beyond when it comes to doing the same tasks over and over, with only a handful of buildings and options in the early game the gameplay is a grind and cycling through the same tasks over and over on a loop. What the game needs is some variety and a combination of far more options of things to construct as well as generally things to do other than building or training.

Long Build Times
From the beginning of the game to way into the later stages, it takes an excruciatingly long amount of time to build, well, anything. For early game players with very little to do it is often because of long build times and waiting on tasks to complete that the game grinds to a halt; for higher level players it is the ever growing construction times that you are then waiting on. After a period of play we do definitely get the impression that the game as been designed to be boring/frustrating for free to play accounts and urges players to spend cash on premium currency to rush tasks with about as much subtlety as a brick to the face. What we'd change is simple; half the time it takes to do everything in the game so that players are actually encouraged to play, and not simply encouraged to spend cash to skip content.

"Balance" Changes
No game get's it 100% right from the moment they launch, and all titles need an element of balancing as the game progresses, but InnoGames is extremely ham-fisted about how they go about making changes to Elvenar. Every so often the developers will roll out a balance or some new changes that disrupt the game and the players cities, players will often find that content they were working towards suddenly became harder, or items they'd purchased (even with Diamonds) no longer work as they were meant to; the goalposts keep moving and it is extremely frustrating for players as it feels like the changes are never to outright benefit the players and are generally to make the content harder to complete. The biggest issue is that because the game is a free to play game and an online "evolving" title, the fact is that players are at the mercy of the developers who can change whatever they like and whenever, the terms and conditions of play say as much that game experiences can change, regardless if you spent cash and what you bought is now worthless. Realistically the game needs to stop making so many back to back changes that just make the already difficult to progress game even harder.

Combat Difficulty
The gridded map based combat mechanics are fun and offer some cool strategy and a game within a game, but the more recent changes (as ever) have broken combat. Players went from enjoying the PVE based content to an overwhelming number of complaints from the playerbase that the combat difficulty changes had become ridiculous and now players were losing constantly, their units were a lot weaker, they were losing far more troops, and generally the combat just wasn't fun and resulted in a bit of an exodus of the game for a lot of people. The changes are simple: put it back the way it was.

No PVP
Whilst the game is firmly established as being a city builder that gives PVE as an option (players can negotiate their way through encounters instead of fighting) it is set up perfectly for PVP with the tactical combat map layout. The PVE combat difficulty was increased to make combat more challenging, but nothing is more challenging than actual player skill and means those combat enthusiasts would be able to enjoy the battles without the AI PVE being artificially inflated to be more difficult/near impossible. The developers should add some PVP elements to the game, even if it is a separate feature to the main game that players can simply access for something to do that doesn't impact the main games economy.

Meaningless Fellowships
Player Fellowships (guilds/alliances) are pretty pointless. Players have the option early on of joining or creating a Fellowship with other players, in this private group players get to trade resources with each other without a charge, give "neighbourly help" to give other members little boosts, have a private chat channel and send messages to the full Fellowship... and that's it. Other than the ever so minor perks the Fellowships are essentially a private chat channel and is a complete waste of possibility. Players can’t work together on tasks, there is no higher level/group based content where having a fixed Fellowship would benefit, there's no competing between Fellowships for benefits, no communal projects for Fellowships to work/contribute into. Basically if the game added any of these suggestions it would at least make the system more interesting.

These are some of the things that we would change about Elvenar, but what do you think? What would you change about this game? Would you add anything else to the list? We await your opinions! Let us know!!!!! 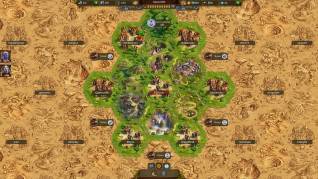 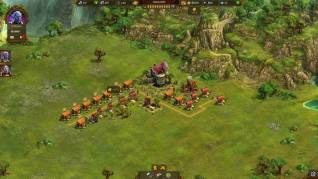