Bytro Labs GmbH publisher of Supremacy 1914 - The Great War collaboration with F2P.com, to bring you this event for S1914 next weekend.

Separatist movements rose to power in different parts of the world and control major resources now. Use this opportunity to seize these regions and utilize them to forge a mighty global Empire!

Victory on this map is not achieved by simple conquest, in order to win you have to secure 13 of 25 Control Points scattered across the world map. Only one player will win the huge gold reward in the end, so use your wits and plan your strategy wisely to have a chance in this demanding event! 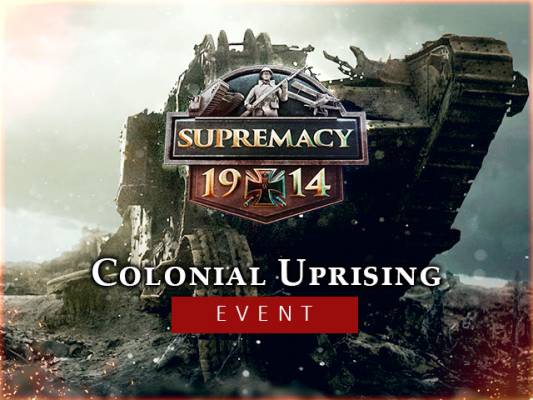 Supremacy 1914 is a free to play, real time strategy MMO for internet browsers, iOS and Android (Cross Platform MMORTS) where players become head of a mighty nations in precarious Europe after the turn of the century. They face the challenge to become the undisputed sovereign leaders of the whole continent using smart diplomacy or simply the brute force of his glorious armies.