SMITE: The Good & The Bad

SMITE is a unique third person MOBA where players take on the role of might deities from various world pantheons and mythologies and religions, using their own powers and abilities and fighting across a variety of maps and modes. Completely free to play, we check out the Good & Bad of one of the most original MOBA games out there and see if it is truly the “Playground of the Gods”. 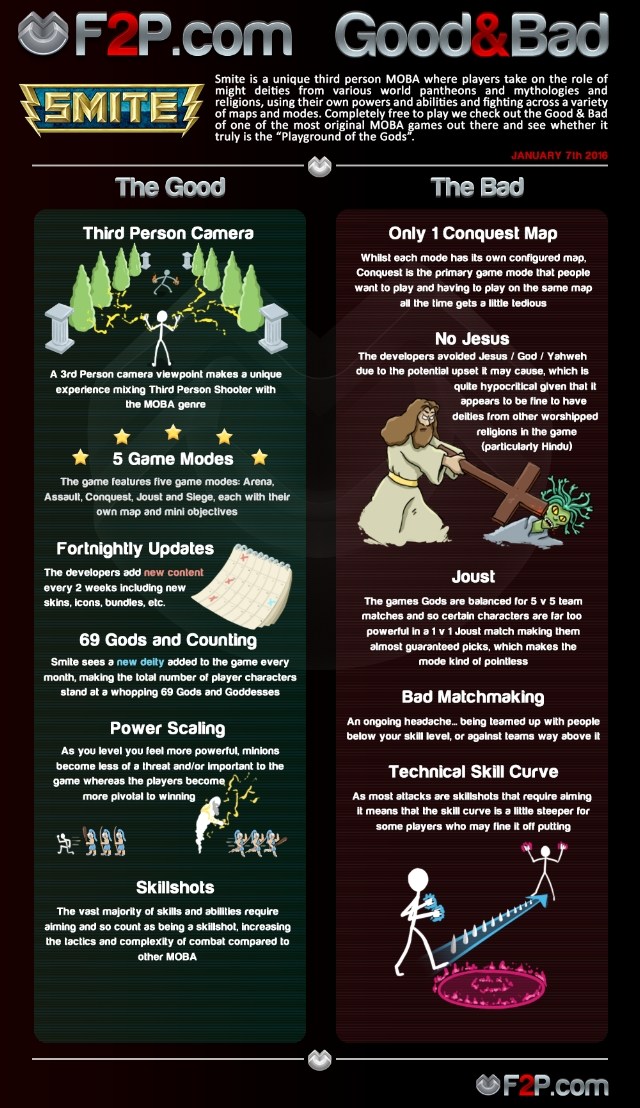