What Would You Change About… SMITE?

What Would You Change About... SMITE?

We’re taking a look at SMITE, the third person multiplayer online battle arena (MOBA) from developers Hi-Rez Studios in our latest “What Would You Change About…?” article, the clash of deities in this otherwise traditional five vs five lane pushing, camp killing, minion destroying push to the enemy base game. There’s lots we love about SMITE and as the main third person MOBA for a long time we have a lot of respect for them trying something different, however, there’s a few things about the game we just don’t like and would love to see changed…

The Jungle is Too Safe
It’s too easy to jungle and get back in lane. One of the things we don’t like is how easily laners can get to some of the buff camps and get back into their lane without losing any XP because of their character design but mostly due to the map and how close the camps are and how easy it is to take them. We’d love to see a few things happen, starting with bringing the camps a little further away from lane, or closer to the mid of the map where the enemy team could potentially be getting over there a lot easier, but mostly we’d love to see the fog of war returned in the jungle so that it doesn’t feel as safe. The fog of war was removed as graphical exploits allowed played to lower their graphics setting and essentially removed the fog (which we’ve seen in a lot of other games) forcing everyone to play on lower settings if they want to stay on an even playing field with their potentially cheating opponent. The game has always had some technical issues, but we’d love to see the FoW return and a few tweaks to make jungling a little more dangerous.

Only One Map in Conquest
We’d like to see more maps in the primary mode. Whilst there are different game modes with their own accompanying maps, they’re very niche and the majority of players spend their time playing in Conquest. As is typical with a lot of MOBA this one core map, depending on the kind of MOBA gamer you are, can be very boring after a while. We love variation and different maps (which is why Heroes of the Storm worked so well) and we’d love to see a new map introduced for Conquest so that players can switch up the strategies instead of using the same tactics, goals and playstyle you see in practically every match.

Abrahamic Characters as a Playable Character
The Christian, Judaic and Islamic Gods aren’t playable. Religion and politics are always touchy subjects and ones that should be approached with care for most people, putting gods into a game where you can control the gods and make them fight is far from a unique concept but still one that should be done delicately. Hi-Rez made the call (rightly) on making ancient deities/ pantheons/ religions the main focus for the playable characters… but then they went and put Hindu deities in there. Hinduism is one of the most widely practiced religions in the world but a number of deities from the Pantheon have been put into the game, but other widely practised religions haven’t. Whilst the developers have said everything from the primary figures (Jesus, Moses, Mohammed, etc.) are “not interesting in character design”, “are all peaceful” and “never fought each other in dramatic fashion with unique abilities” we’d like to point them in the direction of the 10 plagues of Egypt where God (Christian/Judaism) summoned 10 Plagues (QWER with talent choices!) to kill off “The Gods of Egypt” in spectacular fashion. It really seems like it’s less of a big deal to upset worshippers of Hinduism than it is to upset worshippers of Christianity, Islam or Judaism. Add some of these Gods, or remove the Gods that other people worship we say.

Joust Imbalance
Joust is a pretty pointless game mode. Smite is a 5 v 5 team based MOBA, the principal core gameplay is based on five Gods fighting five Gods; they’re not designed for 1 v 1 gameplay. So Joust duels as a game mode with a 1 v 1 battle, which admittedly can be fun, is massively imbalanced due to the nature of character design. Some characters will dominate because their weakness isn’t exposed in 1 v1, only when they’re in a team fight, for example they might be dive heavy that rely on healers to keep them in the battle when 5 players turn on them to kill them, but without that five people trying to kill them at the same time then their high attacks make them a near unstoppable force in 1 v 1 games. The result has been some insta-picks for Joust and some “Don’t ever bother playing this character in Joust ever” characters because they’re meant for a team game. We’d love to see individual God tweaks based on the Joust game mode, that makes some of the weaker ones stronger and vice versa, otherwise it’s always just going to be a fun but frustrating mode.

These are some of the things that we would change about Smite, but what do you think? What would you change about this game? Would you add anything else to the list? We await your opinions! Let us know!!!!! 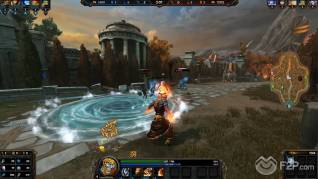 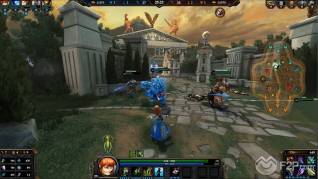 
2 Comments - "What Would You Change About… SMITE?"