Bipoint, announced The Winter Thaw event for Seafight here on F2P.com from next 14th January to 26th January.

Aegir, the Norse giant of the sea, has arisen from its slumber, the stormy waves of his ire spreading to all corners of Nautica; threatening even the change of the seasons! Could spring be in danger? Dive into a world of adventure and join forces with your favorite Greek and Viking heroes in their battle against this mighty foe!

Go head-to-head against the hard-boiled crews of the Grumpy Boar, Elegant Elk, Black Ram and Midgard Wyrm as they push past the winter thaw. Work together with your fellow pirates and take on the challenging group map boasting fantastic rewards. Complete the quests to earn pearls, ammo and reputation – this is an event you won’t want to miss out on!

But that’s not all; you will also be able to bulk up your stocks of Burning Ice Ammo and keep them on board until well after the event is over. Simply craft them from Ice Ammo and rest assured that when the snow melts, your ammunition will be safe!

Once again you have the chance to get your mittens on powerful cannons from the event ranking! That should be enough to put those vindictive Vikings on ice for a while.

Are you cool enough to send them packing? Then craft mighty ice ammo from snowballs and take to the seas! But be warned, your ice ammunition will melt once the event is over! 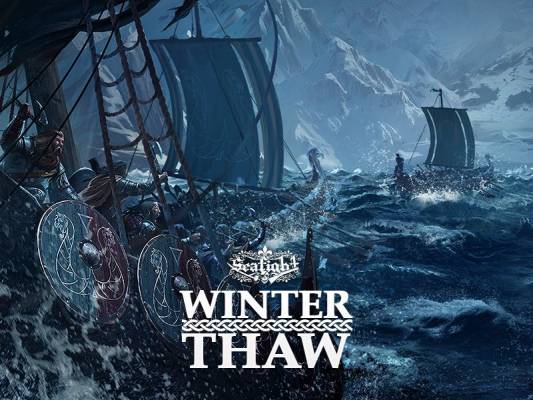