Slow movement, not enough to do, very grindy, Flash requirement

Taking a blast from the past we checked out free to play browser MMO Seafight from Bigpoint; an adventure across the seven seas in our own pirate ship. Over a decade old (released March 2006) the game still has a relatively active community today. We thought we’d examine some older games that are still kicking around and see how likely they are to still attract more modern gamers. We put around three hours into the early game experience to try and give it a decent go, so what did we find?

The graphics are now so dated that they quite easily fall into the retro category, you can’t expect a ten year old game to look amazing (at least if it hasn’t had a facelift update). Pixelated and shaky animations the game would have looked decent when first released. Now it looks like it has gone from being a title left on the shelf in favour of Bigpoints other titles, to one that has passed into nostalgic retro territory to stay forever as it is. 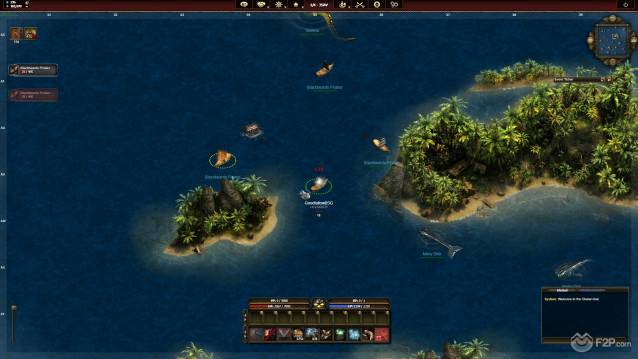 Playing the game it’s easy to see where Bigpoint have gotten their inspiration for their later titles, with some of the same type of gameplay seen in DarkOrbit and Battlestar Galactica Online. More so that the developers also launched Pirate Storm: Death or Glory, which is essentially the same kind of game. The movement of your ship is extremely clunky, broken up into an invisible tiled isometric grid, trying to move in a screen vertical or horizontal line results in your ship making a comical zig-zag movement as it moved exactly along the grid lines. This hilarity was enhanced when higher level player’s ships that were much faster came flying across the screen like they were having a seizure.

The game is very simple, with no tutorial and no initial quest guides, we found our available quests by cycling through the different menus. One of the key elements showing the games age is the ability to only pick up a single quest at a time, unable to pick up another until dropping or completing it. The annoyance of this was that a lot of the quests revolve around a series of “go to X coordinates” so you end up being sent up and down and around the map. The bigger problem with these quests is that they’re literally “go to X” quests with nothing to fight on the way. Sure there are hundreds of sea monsters and NPC enemies to attack en route, but it initially seems like a waste of time as they don’t aggro you.

The other quests were kill quests; kill five giant shark creatures, or five of Blackbeards Pirates, which in turn meant restocking our cannonballs and harpoons using our initial free currency. Spending it is easy; making it back is a little slower. There are random drops around the ocean to pick up in the event that you had no currency and no ammo to kill anything. Currency was also used to upgrade your ship and its castle (not as in a land structure, but the part of the ship). Unfortunately it was extremely expensive and we’d used all our gold and pearls to buy ammo. 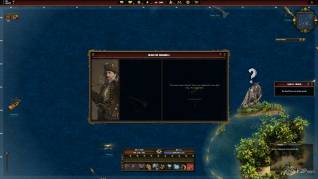 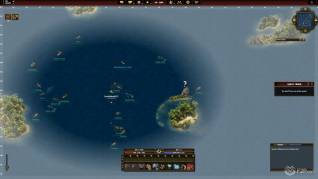 After about 2 hours we’d cleared out all the quests that we could feasibly do, the others were to recover chests from Events or kill a set number of Freedom NPCs that spawned on other maps. Travelling to other maps is super restrictive, from our world map, as a level 1 player, we could travel (presumably as it’s not exactly made clear) to all the 1-X map locations. Travelling to the 2-X maps wasn’t possible for us and we’d have to level up. However, after clearing out all our quests we were still only 50% of the way into level 1 after 2 hours. And why is that? Because Seafight has to be one of the slowest games we’ve ever played.

Bigpoint seem to make it their mission to make it a tedious task traveling around the maps, it was always one of our biggest frustrations with their space shooter Dark Orbit. However in comparison to Seafight it feels like you’re traveling at light speed in Dark Orbit as Seafight is simply mind-numbing. When the bulk of early quests are “Go to X” quests spread out across the maps, and it takes forever to get there, it’s frankly painful. Fighting enemies takes so long and we timed that it was taking about 20 second to kill a single enemy with our newbie ammo (the only stuff we could afford), add in the time to travel to your next NPC and you can be looking at 30 seconds, two kills per minute and gaining 9xp per kill.

After playing for over 2 hours and completing our available quests we still had 1124xp needed for level 2, that’s an hour of constant grinding the same 6 PVE enemies with park up, point and click combat that required no other involvement. 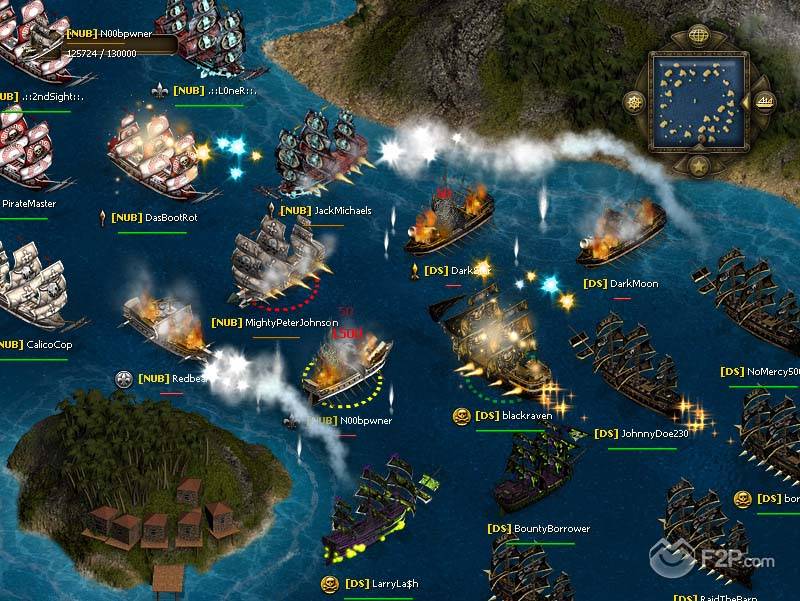 We pushed on, explored, tried to find better options and things to do, but we just felt like we were floating around with nothing to do. PVP was completely off the table until we could leave the PVE maps; the customization was locked out as we didn’t have the currency. After just over two hours of play we were stuck on 4 maps that were essentially identical with nothing to do but grind. Even on the maps there were some settlements, which we’d been hopeful would be a place to get more quests, but they were nothing more than graphics with no significance to gameplay.

Whether it’s the overall XP creep from a ten year game, or just the way things were back then and we’re remembering some of our older favourites with rose-tinted glasses on, we’re not sure. It feels like the game is just an awful new player experience and far too demanding of what you need to do in order to progress to the fun areas of the game. Either that or Bigpoint just expect players to pay to advance (their pay to win model in their game’s aren’t exactly subtle), but we can’t see why anyone would want to commit money to Seafight. Either we’re playing it wrong and missing something (which would be more to do with the absolute lack of guidance beyond a few “?” help menus) or the game really does just offer very little to new players and caters now only to those who already invested in the game. 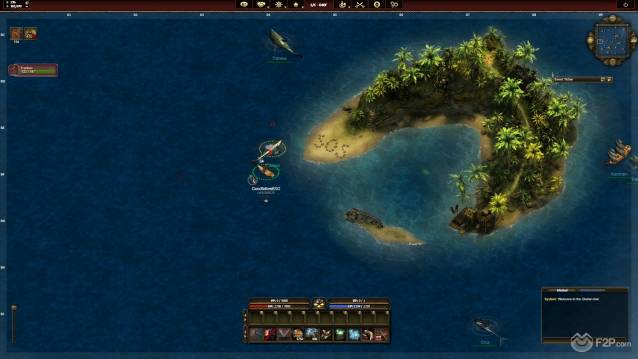 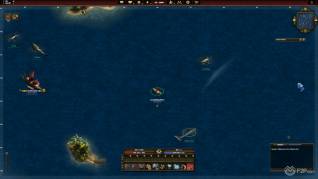 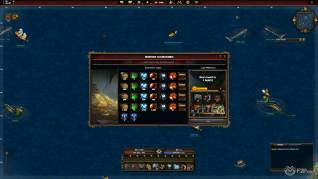 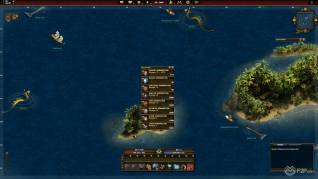 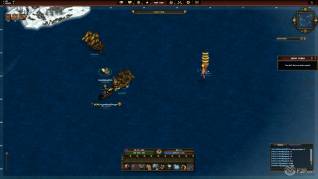 Seafight is a 2D Free-to-play MMORPG Browser Game you can play here on www.F2P.com