Recently we had the chance to to jump into War Thunder, the new warplanes action MMO published by Gaijin Entertainment and try the game for a while. The game could be the only real rival for World of Warplanes in the run for the best air action MMO and surely has some good weapons.

When you enter the game after the login screen , you find yourself in the main menu screen. From here you can join a game or create one, set your options, open the game store and access to your tech trees and hangar to upgrade or customize your planes. The interface is very clean and intuitive, and we had no problem  to find or do anything. We have to say that in the actual state of the game some very interesting menu voices like World War and Tournament were unavailable so we didn't had the chance to try them. 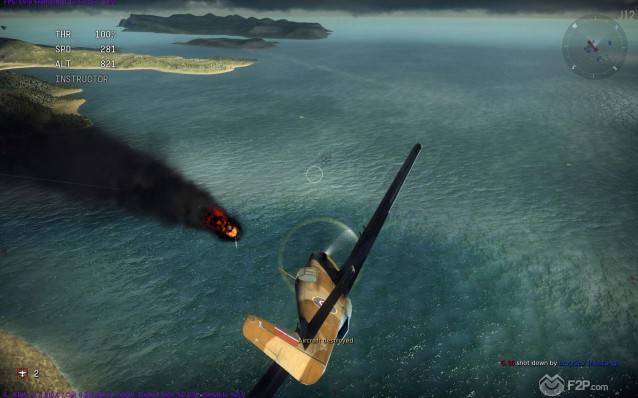 By clicking on the big yellow "To Battle!" button at the bottom center of the screen we entered the queue for a fast PvP match. We personally had to wait some minutes in order to play, which we think this is a bit long for a game like this where you are supposed to quickly join the action. However probably the reason is just that the game is still in beta and there aren't too many players online, so it's not a big deal.

When we entered the battle we were surprised by the beautiful graphics. The airplanes models are really accurate and detailed, and every surface and material is extremely realistic thanks to a wise use of the shaders. The cockpit view is amazing too and you will feel like you really are in an old WWII warplane, with its control panel and a lot of touches of class like the scratch on the cabin's glass. Gorgeous. The environment is terrific too. The dev team did a really good work shaping a believable environment where the players can unleash their thirst for destruction. Light effects and shadows are impressive too and so are the elements on the ground. Sometimes the flight simulator/action games have nice graphics but a poor realization of the ground landscape. That's not the case of War Thunder. The ground, from water to forests and mountain is stunning and in some cases, from certain altitudes it feels almost like watching a Google earth photo. So you understand that we liked the graphic of War Thunder, but maybe many of you want to know if it's heavy as it its beautiful  too. The answer is no, even on a not high-end PC the game run smooth even with maxed graphic settings. 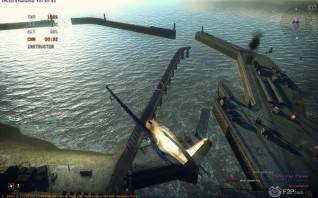 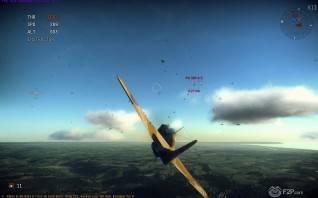 The gameplay is another winning aspect of the game. It doesn't matter if you are a simulator fanatic or an arcade-addict, as you can always switch the control systems choosing from different styles ranging from arcade to the full realistic experience. After some unsuccessful attempts, all ending with we smashing ourselves on the ground without even be touched from the enemies, we chose to play the most basic arcade style with the mouse directing the plane and firing and the WASD used to rotate it and manage its speed. Even if we were skilled as a drunken monkey, we think that with a Joystick and some time to spend practicing, playing the game at the max realism mode would be an awesome experience.

When we finally managed to reach the battle the real fun started. The combat, as promised by the developers, is really fast-paced and addicting. When you enter the storm of allies and enemies fighting you have to think fast as you won't have the time to breath. Bullets and rockets whistle around you and you have to dodge them trying at the same time to stay on the tail of your target and shoot it. Aiming and shooting requires a good amount of skill and may be a little frustrating the first few matches but you get better and understand how the combat mechanic works in a bunch of games. Very intuitive. Be careful in combat as you haven't infinite lives. Before entering the battle you have to choose some planes from the ones in your hangar all from the same nation's tech tree and "equip" them. In the match you will use these planes from the first to the last, automatically switching on death. When you finish your planes you are set as spectator. 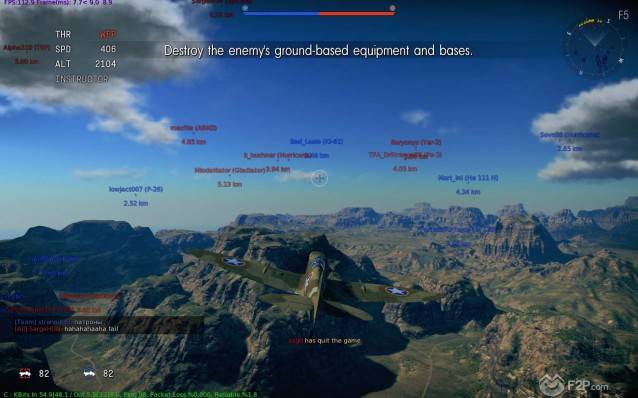 There are different models and type of planes, from agile fighters to heavy bombers specialized in attacking the ground units like tanks, and each one plays and feel completely different. The planes are real and historically accurate models and are divided by nations in different tech trees: USA, UK, Germany, Russia, Japan.

There are a lot of game modes too, from PvP battles to co-op missions and campaign that re-enact real historical battles like Pearl Harbor. If you don't feel to play with other players you can always play the missions and campaign with AI allies too. Every campaign is composed by some missions with different objective and you can choose to play them all or just the ones you like.

War Thunder is a really good game and a fierce competitor for Wargaming's World of Warplanes. The graphic is one of the best we've seen in a free MMO and the game is actually fun to play. Some really interesting features like world war and tournaments weren't available during this beta and there were some queue problems for the PvP matches, but we had a very good time playing it. If you like flight action-simulation games or just want to try something new, fast-paced and fun, maybe you should give a chance to War Thunder, you could end up loving it. 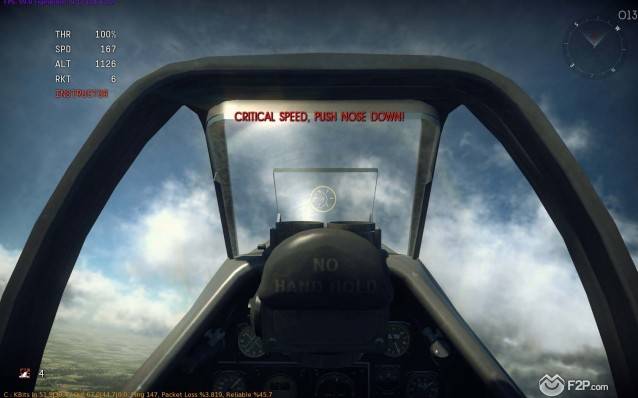