War Thunder is the next game facing our F2PMeter. This cross-platform combat title for PC, Mac and PS4 is a MMO dedicated to military aviation, armored vehicles, and naval ships used during the period from WWII until the Korean War. Currently, it enables players to choose among a massive selection of currently over 350 aircraft and more than 80 ground vehicles, and the maritime part will be implemented at a later time.

The title is already available in 14 different languages and supports many gaming devices including different gamepads, joysticks, head-tracking and VR-systems such as Oculus Rift. A mobile version is under development as well.

No. War Thunder developers opted for a free-to-play business model with additional premium options. Thus, the game is completely free to download and play without any restrictions or fees imposed.

Yes (optinal) – -15%. Player may purchase premium accounts with Golden Eagles, the premium currency only available for real-world money. Premium accounts offer several perks such as twice as much XP and a larger amount of Silver Lions (regular in-game currency) per battle. They are available for various periods of time (5 days – 12 months), pretty much functioning like a non-recurring subscription.

No. The number of expansions is still limited to a few patches and the implementation of ground forces. As of now, additional content was always made available for free and we may only presume that this will also be the case in the future.

Yes – -5%. Players are able to purchase the game’s premium currency in order to get access to premium accounts and other additional content and perks, such as premium machines, faster crew development, additional places in a hangar, and reserve airplanes. There are also specific packs available for purchase, which include premium account time, premium vehicles, premium currency, emblems and decals.

No. The items and packs available for Golden Eagles and real-world money are designed in a way to not convey any advantages in battle over non-paying players. They seemingly serve aesthetical customisation, convenience or time-saving purposes only. Although premium aircraft and vehicles already come with all upgrades and also allow purchasers to gain more currency and Research Points, they are just rare models but not more powerful in combat.

No. UI in War Thunder can be done for free; there’s nothing additional that could be bought with cash.

No – -15%. War Thunder provides everyone with free access to the five major nations and all vehicle classes, the only restriction non-paying players are faced with being that they can’t unlock premium vehicles. However, aircraft and tanks from additional nations including Australia, Italy, France and others are apparently only available in form of premium vehicles. With more than 350 aircraft and over 80 ground vehicles and a lot more to come in the future, the choice is still enormous for each class and the major nations.

No. The game doesn’t feature an Auction House and trading between players simply doesn’t take place.

Yes – -10%. Players start out with three hangar slots and while the fourth and fifth slot can be purchased using the regular in-game currency Lions, the sixth slot is only available with premium currency.

Yes. Every player is granted access to all the maps and game modes, regardless of the fact of having spent money or not.

No. There aren’t any restrictions imposed on non-paying users in regards to what might be considered as end-game content.

Yes – +10%. All in all, War Thunder seems to be absolutely fair and utterly playable without spending real-world money. Premium accounts and items available through micro-transactions will no doubt help to progress faster and make the purchaser’s life easier, but you won’t be able to receive an unfair advantage in combat over non-paying opponents.

Having passed our F2Pmeter test, War Thunder scores a 65% of free-to-play-ness. 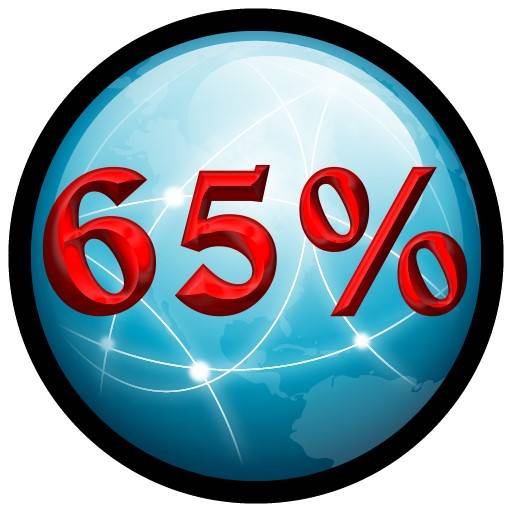