This week we checked out Crystal Saga II from R2Games, a new free to play anime browser-based RPG, sequel to game with the same name: Crystal Saga. Interested to see what the game had to offer, we spent some hours playing it.

The first thing we approved of was the number of classes available at character creation, both male and female it was nice to see a break from the traditional three “trinity” classes that most RPGs settle on. For our test we jumped on the Mage looking forward to some ranged AOE combat and it was clear at this point that the classes aren’t that different at all. Our combat experience essentially was going up to an enemy, tab targeting it, and just cycling skills as we didn’t need to actively move as enemy attacks couldn’t be dodged and so we ended up sat in melee range anyway just trying to kill opponents before they killed us (which wasn’t that hard as mobs barely damaged us at this level). Whilst we’re sure at later levels a Mage face tanking an enemy wouldn’t be a great idea, and the tanky Knight would surely take this role, other than the tank having higher defensive stats and HP it honestly appears like every class will essentially play the same. 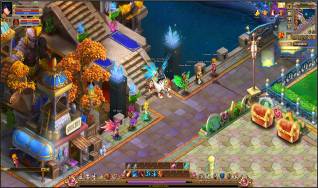 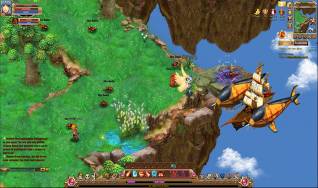 The reasoning behind such simple combat (presuming developer apathy isn’t one of them) is the inclusion of an AFK mode, hardly a shocking revelation for an Asian developed browser MMORPG. Once we hit level 16 we could open up our AFK Mode and choose which nearby enemies we wanted to attack (ideal if you have a certain enemy to grind/kill for a quest), when to use potions, what skills to use and how often, and a few other tweaks and settings. Unlike other games Crystal Saga II has two main differences, which are both good and bad. Firstly to activate AFK Mode you need to have AFK Time, gained from coupons or purchased with premium currency in the form of Crystals, whilst it’s good that going AFK isn’t constantly available the fact that it’s a premium pay feature is kind of lame. Secondly the AFK mode is only for fighting enemies and won’t go full-auto to hand in quests, so you will keep grinding and grinding the same mobs until you turn it off; we’re pretty sure that at later levels when you have to kill a bajillion of the same enemy for a quest then this will be the go to mode.

That’s why we hate AFK Mode. It dumbs down the gameplay, it basically says “The combat is so shallow and tedious you’re really not going to want to sit here and play it yourself, so instead you can AFK it… but you need to pay us to do that”. How about make combat that is interesting so that going AFK isn’t the more attractive option over playing the content? 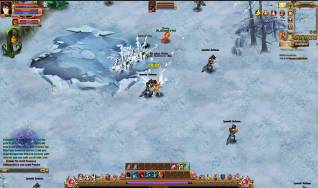 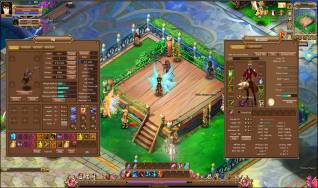 Aside from the AFK grinding of mobs the rest of the content we really got to experience for the first few hours and 21 levels of gameplay was the main PVE questline as even after all this time we’d unlocked no Events to check out. The quest chain is boring on every possible level; a chain of “Go kill X number of monsters” that you could auto-path to with a clickable link in the quest journal that would take you to an area to kill monsters, then you would head back to town, hand in the quest with a quick one line of pointless dialogue that did very little to engage you in the larger story, then send you back to the same damn area to kill the other mobs that were right next to the ones you were killing before. Either this or quests sending you back and forth between half a dozen NPCs trying to get something done, but earning a truck load of XP in the process; it just wasn’t entertaining by any stretch and felt like a huge waste of time with little to no effort in creating a fun questing experience.

Whilst the game does have a variety of events (locked to certain times of the day or a set number of attempts per day) we could only read about these on the website (what limited information was available). They are pretty much everything you would expect including killing World Bosses and earning rewards for the more damage you deal, Magic Tower where you fight through different levels of a tower, solo and group dungeons. The other mechanics outside of events were staple to the Asian RPG genre; earning Pets and levelling them up as battle companions, similarly with mounts, enhancing equipped gear and even acquiring cosmetic wings that boost your stats (never saw the appeal with these). 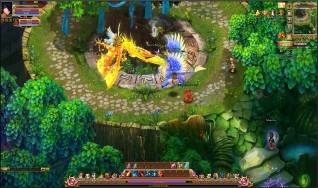 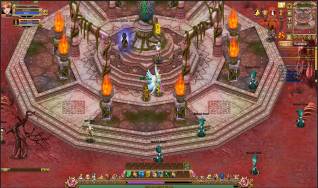 Overall the game played the same as so many other Asian RPGs out there, there was literally nothing we haven’t seen in one form or another and very little in the way of entertaining content, but the grinding was strong and the time sinks real. After hours of playing it honestly felt like our experience at level 21 hadn’t changed all that much from being level 1. It’s a dated concept that continues to thrive in the Asian market and succeed to a smaller degree over here in the west, the same features, the same mechanics, and the same game that other than a different title we’d struggle to differentiate between the hundreds of others in the same genre. If you like the genre then you’ll no doubt get a kick out of Crystal Saga II, providing you’re not expecting it to be genre changing and innovative, it delivers everything you would expect but not much else.