This past weekend we played the new open beta of Nexon’ new FPS Dirty Bomb. Available through steam and completely free to play,  it puts players in the shoes of a variety of mercenaries in a near future London after a disaster that has left the city abandoned. Focusing on team based combat and objective based fights, players can choose from a variety of unique characters that have unique abilities, weapons and strategy that help support the team in different ways. For our play through we spent a few hours checking out the different maps, the various objectives and testing out the unique loadout system.

One of things we really found interesting was the first time we logged into the game, instead of an intro cinematic the game put us into a sort of tutorial video, explaining the core features in both a fun and humorous way. As well as this it guides players on key ways on how to play beyond mechanics but actual tips such as shooting from the hip and only using iron sights if you have long range to line up a shot, or making a point of helping up teammates if they fall, or just their general “Don’t be a dick” philosophy trying to promote sportsmanship. From here it takes you into an optional tutorial, which pads out a bit of story, introduces some characters and lets you actively try out some of the mechanics; not necessary as there’s nothing particularly ground breaking when it comes to mechanics and features, but still fun and worth doing in comparison to other shooters and MMOs. 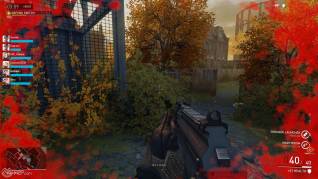 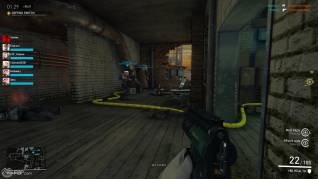 The core of the game focuses on objective pushing with each map having its own unique goals, one team is tasked with the primary objective and the defending team simply have to stop their opponents. Unlike other MMOFPS games there are three different objectives that a team must complete, staged goals that when one is completed it unlocks the next objective in the stage. One of the maps (Church) tasks the attackers to reach their Extraction Vehicle (EV) and repair it, then for the next objective they escort it to the elevator, finally collect EMP charges to then deliver them to a target building. As an objective is complete the teams spawn location moves with it, so as the game progresses the fights get even more intense as the defending team tries to hold back the attackers, by denying the attackers a final objective completion for a set length of time then the defenders can win. In all honesty we actually found it far easier attacking than defending, nearly all the games we were in the attackers seemed to be the dominant force and defenders always struggled to keep their ground.

The different maps are very fun, the level design is impeccably done and has great cover, height advantage and twisting corridors/alleys and various buildings to provide some really fun firefights, whether in large open spaces or forcing players into melee range. Understanding where the objectives were wasn’t always the most obvious to us, and it took a few games before things really started to click. Although each map has its own objectives, in reality these are essentially the same but reworded where players may pick up drugs packages or data cores in place of EMP charges, or be tasked with defending a truck instead of an EV. 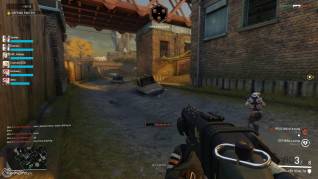 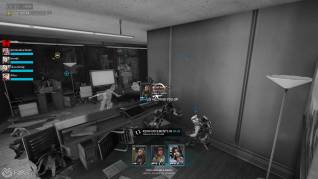 The humour, frantic and action packed objective battles and the various characters really put us in mind of Team Fortress 2 (which as far as we’re concerned is a massive compliment to the game); players can choose from classing mini-gun totting characters, healers, turret dropping engineers, heavily armored walking tanks and more. By preference we typically stuck with Bushwhacker, the turret dropping engineer who could also defuse C4 quicker than other characters, however, going into a match each player takes three different characters with them and each time you die you can choose to play as any of your three characters. Characters can be unlocked with real cash or bought with in game currency that is earned through playing, however there is also a character rotation system, similar to a MOBA game, where certain characters are free to play each week.

The combat is pretty adrenaline fuelled, the shifting respawn points helps keep you in battle for longer as well as the ability to bring downed team mates back into the fight, so it’s a constant push of force and bullets are constantly flying. One of the little features we really liked was when you get killed instead of having a playback of your death it freezes your character in a greyscale pose of their last moments and shows a tracer bullet leading from where the shot came from to where it hit you; useful for seeing what your fatal error was, helping point out enemy locations and stopping people from camping the same spot unnoticed. 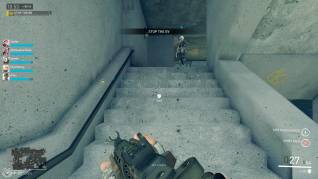 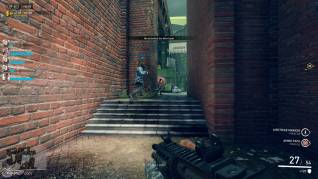 The matches themselves are pretty short and sweet, usually around 15 minutes for the objective focused matches (there’s also Stopwatch matches, which are the same but players switch sides at the end so they get a chance to play attacker and defender), alternatively there’s an Execution game mode where it’s a Bomb Plant game mode (or kill all the other team; whichever comes first) and is the best of ten rounds. For us we stuck to the Objective games, they were fast and usually ended sooner than the full time limit anyway (as we mentioned, the Attackers always seemed to be able to push better than the defenders) but it made for a lot of fun. As the match lengths are short and you have the ability to switch characters all the time it meant that you don’t ever get bored in a match, are constantly on the move and trying to out-think the enemy with your choice of team makeup.

The one thing we weren’t blown away with was the use of Loadout cards, essentially a single card that can be assigned to a named character and determines their gear and abilities, as well as any boosts based on the “quality” of the card, similar to TCGs with a mix of RPG style normal/epic/legendary style qualities for weapons (in this case Lead, Silver, Gold, Cobalt, etc). Again similar to TCGs the cards can be earned after successful matches or from buying booster packs to get a random card, which whilst a novel idea we can’t help think it’s at the expense of a more detailed customization feature that we typically see (and enjoy) from other MMOFPSs. Whilst the system is simple, slick and easy to use we don’t think it necessarily added to the game.

Aside from the loadouts we actually really enjoyed the game, it’s definitely one of the best MMOFPS games we’ve played in a long time, a lot of the ones that are released these days being the same copy/paste systems where the ability to brutally one shot each other and constantly die is considered to be “fast paced combat”. Thankfully Dirty Bomb has avoided a lot of the typical pitfalls that comes with the genre, has made a beautiful looking game and setting, and whilst there are some small disappointing moments (like not physically interacting with objects but waving your hands around near them with a screwdriver), overall the game definitely is a winner for us with its focus on skill and teamwork. 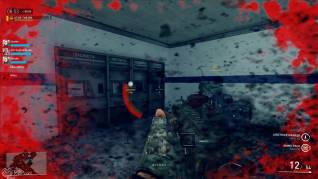 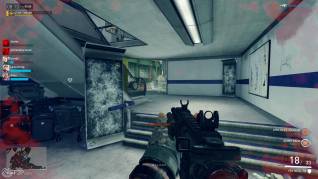