In our newest F2PMeter we are looking at Nexon’s MMOFPS Dirty Bomb, where players fight in team based battles across a ruined London in 2020, completing objectives and battling it out with a variety of characters.

The game has an interesting loadout system where players can only use weapons from Loadout cards that they have acquired, a bit of a hurdle for a lot of players, but aside from that the game can be enjoyable. However, more importantly, is the game free? Follow our little test with us and let’s find out! 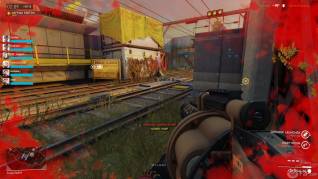 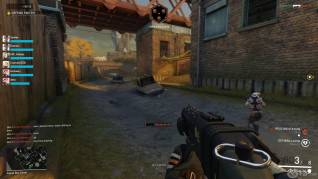 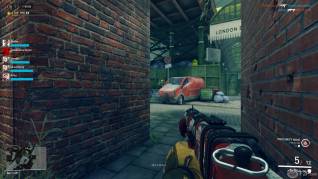 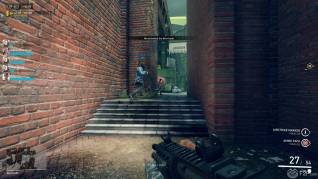 Does the game require an initial purchase?
'No'
Players can access the game for free, but there is an optional starter bundle.


Does the game require any continued paid subscription?
'No'
The game has no subscription options.


Does the game require spending money on DLC packs or expansions?
'No'
Currently the game has no expansion or DLC.


Does the game support micro-transactions? Can anything be purchased in-game using real world money?
'Yes' -5%
Players can purchase new Mercs with in game credits or by spending cash, the weapon loadouts that Mercs use are determined by their Card loadouts that can be purchased with 1000cr to get standard cards (with a slim chance of getting a rarer card with more perks). Alternatively players can buy boosters to increase their gold income, as well as Elite Cases to get guaranteed higher quality loadout cards.


Do any of the micro-transactions give players an advantages?
'Yes' (but…) -5%
Loadouts come in various qualities, the higher the quality the more perks assigned to it, with Bronze being the most perks (3) and then Silver, Gold and Cobalt being improved versions that just give you better skins. Players can trade in lower quality cards to craft/upgrade it to a single higher quality card for a Merc of their choice; however, all the perks and the weapon loadouts from newly opened or newly crafted cards are completely random meaning players might get a loadout card they don’t like. More so, when opening card packs to get a random card they may get a loadout for a character that they don’t even own and so cannot use the card unless they destroy it for crafting or pay for the Merc.


Does the game give access to all available classes and/or races?
'No' -15%
Players get access to rotation characters, otherwise they must purchase new Mercs with credits or buy them for $10.


Does the game require have limitations to how the 'Auction House' /Market/Trade system is accessed?
'No'
There are no trading options in the game.


Are personal inventory and/or bank slots limited at all?
'No'
There aren’t any inventory/bank features in the game.


Are all dungeons and zones accessible without purchases?
'Yes'
The game has a variety of objective based maps and modes, all of them are completely free to access.


Does the game restrict high endgame content (PVE, Raids or PvP)?
'No'
There is no end-game content.


Can the game be fully enjoyed without ever having to spend a ‘penny’?
'Yes' (but…)
The game is extremely fun and if players focus more on acquiring currency to get new Mercs then there’s quite a bit of variation. The biggest problem comes to when players want to try and customize their loadouts into something they prefer using. Loadout cards are completely random, which means players don’t get to choose the weapons they play as with an unlocked class, each card has up to 3 perks (Lead – 1, Iron – 2, Bronze – 3) with Silver, Gold and Cobalt all having 3 perks but being improved vanity/cosmetic loadouts. To get a Bronze card players can randomly get one through the Cases (1000cr) but the RNG is extremely low, and even lower for anything above Bronze. Players can craft cards up to Gold level, costing 3 of the previous tier in Loadout cards to make a single card. This means it costs 3 Iron to make one 3 perk Bronze card, and 9 Lead to make the 3 Iron cards; so 9,000cr in total to make a Bronze card, and it takes around 1hr 30 to make 1000cr if you have played well, as well as a 2000cr cost PER CRAFTED CARD… and after all that money, all that time… you still might not get the perks and loadout you actually want. To play the game for fun and be easy on what Mercs you use and what weapons is fine, if you want to progress in a specific direction then be prepared to spend A LOT of money for something that is still completely random.